Yeah ive heard the bankruptcy talk.about bischoff before. The thing is lots of successful business people declare bankruptcy sometimes. I obviously dont know his financials but im inclined to think he is still nonetheless doing very well for himself

Alot of these internet arguements are lame because they usually happen over headlines rather than the full story. From the podcasts ive listened to of bischoffs he has been rather fair to aew. He gives praise when deserved and gives balanced criticism rather than trying to get himself over

he’s been in personal chapter 13/11 for the past five years. he has decent income for most but not enough to support his obligations 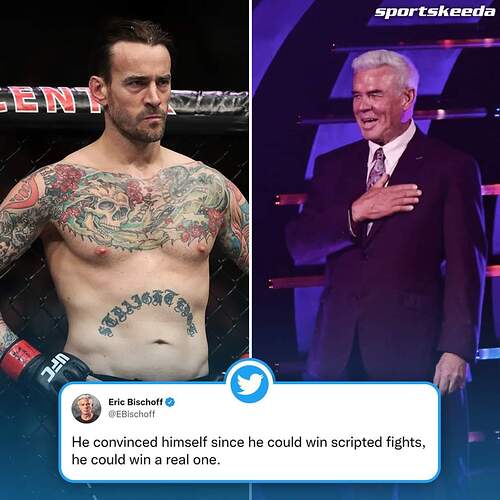 HAHAHAHAHAHAHAHA. Thats lame. Okay that was an actual dig by bischoff. Punk didnt deserve any hate for those mma fights. Thats on ufc not punk. He peformed to expectations.

For whatever it’s worth, Punk was reportedly always the first one at the gym and one of the last ones to leave when he was training MMA. He took that shit seriously, probably needed to start training 15 plus years earlier to have any shot.

Can’t blame him for taking a couple million from the UFC to get beat up.

Punk needs to learn some respect. 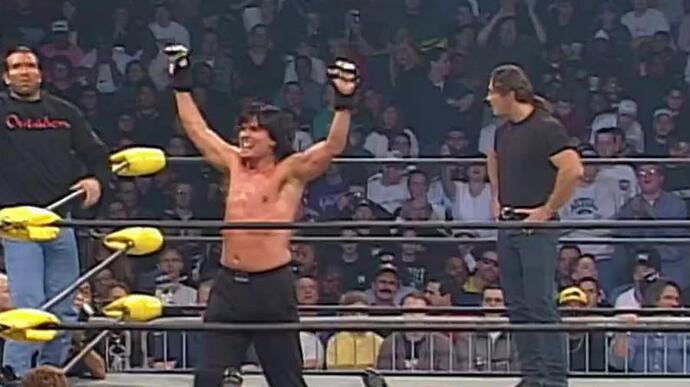 Does he still kick it with Wayne from the Wonder Years

Does he still kick it with Wayne from the Wonder Years

Speaking of odd friendships. If you watch 90 day fiancé then you know Coltee who manipulates the two Brazilian chicks. Well he’s friends with Nick Hogan.

I liked a lot of his work in WWE though.

Don’t know who coltee is but I saw hulk advertising some dj gig or party nasty Nick was doing haven’t seen that kid in years, saw knobs doing some karaoke on hulks Facebook too looks like knobs dropped some pounds

Don’t know who coltee is but I saw hulk advertising some dj gig or party nasty Nick was doing haven’t seen that kid in years, saw knobs doing some karaoke on hulks Facebook too looks like knobs dropped some pounds

You’re not missing much. He’s a fat slob that lives in Vegas with his mom.

“What have you done for me lately”

Bischoff is right though, Punk started off hot but he’s just another baby face on the roster now.

Are you a carny?

Wrasslin fans are so goofy

Bischoff might have some points, but he also comes off as a bitter hater who desperately wants to to see AEW only do so well so he can always say he had the most successful run against WWE/ on TNT.