If you haven’t seen the incident from Colorado and the brutal arrest and handling of the 73 year old lady here is an update. 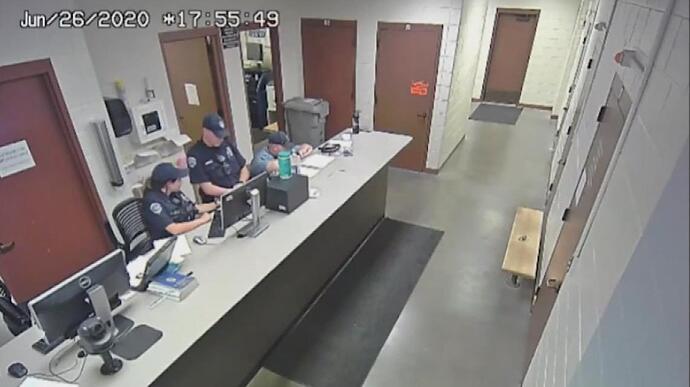 4 Loveland Police officers on administrative leave in connection to Karen...

Garner's attorney released a video that she said shows the officers knew of her injuries and neglected to provide her with medical attention.

The supervisor (Phil Metzler) that chased away the concerned citizen while his body cam was turned off, and denied her medical aid for 6 hours is a BJJ black belt, instructor and school owner! He also writes the program and guidelines for the department on arrest tactics.

PS, his school is an Adopt-A-Cop association.

Dude should never compete or attend an open mat again. Somebody might decide to do onto him as he’s done to others.

Yeah, that’s kind of fucked up.

Don’t believe Metzler ever handled the lady…he was the supervisor that showed up on scene after the damage had been done if the video was accurate…as the supervisor he’s responsible for the actions of his subordinates, but I hope he would’ve been more controlled in his handling of this person given his background. Btw the bb mentioned was not present during the incident. He was the acting Sgt and showed up to the scene after the party was taken into custody. He made mistakes, by saying dumb things, failing to have his officers call for medical, etc. but I think he did not fully understand what transpired before he arrived. Just my opinion.

What got Metlzer in trouble was trying to intimidate a witness who complained about the woman’s treatment and turning his bodycam off before doing so. Unfortunately, one of the other cops forgot to turn his bodycam off and caught the interaction between Metzler and the witness on video.

I’m not saying excuse everything, but being a cop is a very difficult job.

Scumbag cops. Lock them up