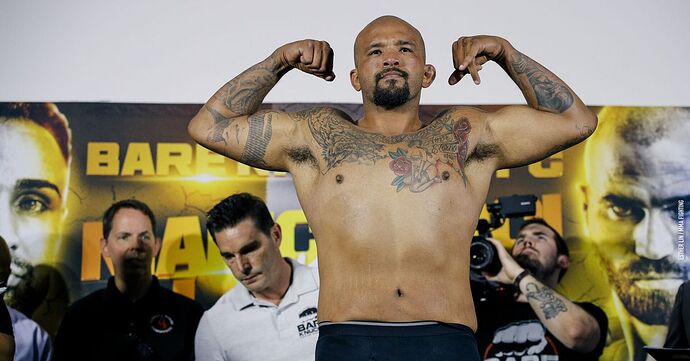 Heavyweight Joey Beltran defends his championship against Sam Shewmaker in the main event. Both fighters will have to make the heavyweight championship limit of 265 pounds.

BKFC 18 is set to air live at 8 p.m. ET Saturday, beginning with a free preliminary card. The main card begins at 9 p.m. ET and can be purchased on FITE TV pay-per-view for $29.99.

Watch live video of the weigh-ins above, beginning at 5 p.m. ET.

Thanks for the info.

4 title fights is good for any promotion.

Don`t really give a damn about the weigh-ins. Don`t really give a damn about the weigh-ins.

I went ahead and watched the weigh-ins pretty much because of Joe Riggs.One night at a after after party at WEC,Joe ended up getting a drink thrown in his face by a chick.I was holding Joe back when he went after her.He ended up throwing me down to the ground.

Another time we got into a war of words on Facebook & after we were done,he requested that we be friends.That kid must like to play mind games.

NO ! im NEVER posting a Weigh Off Agarn For U

Let’s go, let’s go. Hyped for some action tomorrow. Pearl is looking gooooood in these weigh-ins too, jesus. Time stamp 21:35 for the horn dogs out there.

Her opponent has a big forehead,but look at them titties ^^^

Diego Sanchez showed up at the press conference and said fighting bare knuckle would be fun.

Now that he’s without that little moron of a sidekick, he might get to indulge in some more CTE.

BKTV app is so worth it, this card will be insane looking very much forward to it.

This. Definitely worth it for some bloodlust. 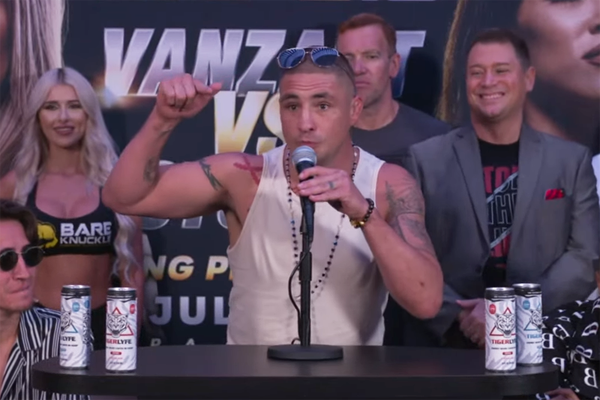 Don’t be surprised if Diego Sanchez eventually fights for BKFC. 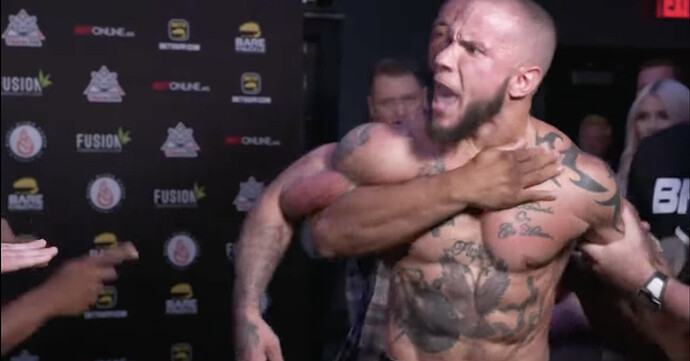 Julian Lane, best known for his "let me bang, bro" blowout on The Ultimate Fighter, was up to his old tricks at BKFC 18’s weigh-ins.

https://m.youtube.com/watch?v=XpprNxCCqcw this was my reaction upon being notified BKFC was being delayed due to storm. Back on now prelims begin!

Just had to talk to the right guy. Lol.