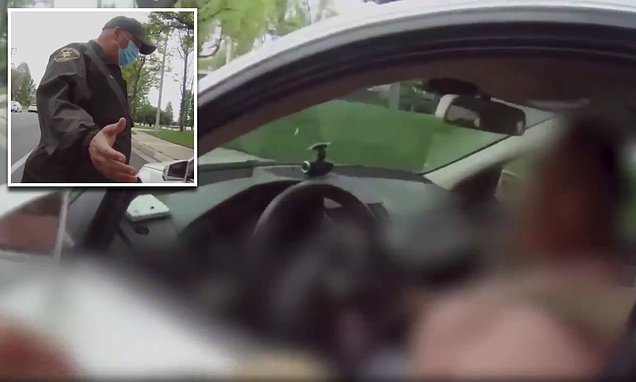 A black motorist who was pulled over in Southern California for using a cell phone while driving went on a racist tirade against a Hispanic sheriff's deputy, telling him he'll 'always be a Mexican.'

MSNBC gonna be all over this story. They hate racist tirades and will not tolerate them!

Funny how they blur out her whole face and body. Her private info won’t be put out there for everybody to know either…not that anything would happen anyway.

She probably should’ve been given a field sobriety test.

Let me say first that I don’t believe in personal destruction. People have bad moments, say dumb things in the heat of the moment and I have a feeling that this may come back to haunt this woman when parents figure out who she is and try to cancel her. With that said, I would not want her teaching my children. I have received abuse like this on traffic stops and much more so recently as it had become culturally acceptable to denigrate police. While I don’t know what this woman has going on in her life, treating another human being like this because he’s responsible for making you face the consequences of your own actions is simply unacceptable. So I agree, it’s a public record and she should have to face the music for her behavior as accountability is something she’s not accustomed to.