What a sick show, sucks its done, last episode was great. 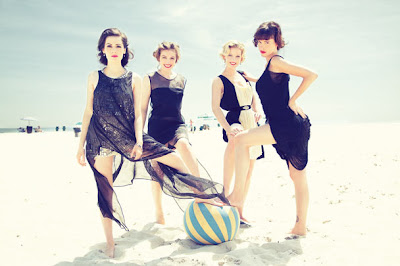 What an odd journey Boardwalk Empire embarked upon during its five seasons on the air. If you can recall the summer of 2010, before the series debuted, the show was hyped as the big savior in prestige drama that HBO needed after a couple of weak years. Armed with a massive budget, creative firepower from The Sopranos' Terence Winter, and the direction of Martin Scorsese, Boardwalk was supposed to guide us through the next age of Great TV. Four years later, The Newsroom Game of Thrones has grown into HBO's real savior; meanwhile, Boardwalk has weathered some creative bumps and the occasionally frustrating subplot to make it to this point, its series finale. And while it's fully unfair to say that Boardwalk didn't live up to its immense expectations, it's also hard to imagine that HBO and Winter truly drew it up this way some years ago—just five seasons, a massive time jump, and a truncated final run. But "Eldorado," like the seven episodes that preceded it in Season 5 and many of the 48 episodes before that, managed to deliver something partially unexpected, but still very satisfying.

“This ending was so much more personal and more satisfying, Nucky is the cause of his own undoing, it’s an act of betrayal come full circle,” exclaims Winter.

During the course of the series, Van Patten has called Boardwalk Empire executive producer Martin Scorsese’s notes as “precision bombing. He identified problems right away,” in the script. But in the case of the series finale, “he had little input in the sense of notes,” says Winter, “He loved the entire season, and was a cheerleader.”  After their work on Boardwalk Empire and the Oscar-nominated feature The Wolf of Wall Street, Winter (who wrote the latter) and Scorsese are teaming up again on HBO’s untitled Rock n’ Roll drama, which they’re exec producing with Mick Jagger.  The pilot was shot this summer and “Marty is editing as we speak,” says Winter.  The show hasn’t been given a title or a series order yet, but Winter says “I’m meeting with writers in a couple of weeks to see what season 1 might be.” Whether Korder and Van Patten will join him on the series, Winter says, “I don’t know what the future is with them, they’re both resting right now.”  The untitled series, set against the sex, drugs and rock n’ roll of 1970s New York, follows record label president Richie Finestra (Bobby Cannavale) who is looking for the next sound.  Unlike Nucky Thompson, “Finestra isn’t based on anyone in particular, the story is an amalgam time period,” explains Winter.

Boardwalk easily begs comparison to HBO’s Sopranos: Boardwalk was the big, period epic gangster show intended to carry the mobster genre torch from the Chase series, and it was being steered by Winter and Van Patten, both part of Chase’s creative posse.  The last we saw of the Sopranos was wolfing down onion rings in a New Jersey diner, surrounded by a number of suspicious types who they potentially wronged, and listening to Journey’s “Can’t Stop Believin’” on the jukebox.  When the screen suddenly cuts to black,  Americans didn’t know if the family lived or died.  Tack it up to Chase’s means to defying storytelling convention. What merited Tony Sorpano to earn an avant garde ending, while Nucky Thompson’s received a Shakespearan one, Winter, explains, “We didn’t set out to avoid being ambiguous, we just made a different creative choice and didn’t have Sopranos on our mind.”

The first two seasons were amazing, i enjoyed the third even though it got shat over but season 4&5 were just plain trash in comparison.

I thought it was a very weak and predictable ending.

The show deserved a much better last season than what was delivered.

Last season felt forced and everything seemed quick and forced. That said, I love the show and still liked the series overall. I'm bummed that its done.

DoomFarmer - I thought it was a very weak and predictable ending.

The show deserved a much better last season than what was delivered.

Yes but still a great tv show. Sad to see the way way they ended.

Whole season was way too rushed and they completely jumped off the actual true story which could have been awesome for the ending. Killed Chalky and the Fed just to end their storyline's but no real reasoning.... loved the show but it turned into a giant shit show this season. Nucky outlived and outlasted Luciano and Capone in real life so they just decide to have him lose everything and die for the ending..... total garbage

JJitsu - Whole season was way too rushed and they completely jumped off the actual true story which could have been awesome for the ending. Killed Chalky and the Fed just to end their storyline's but no real reasoning.... loved the show but it turned into a giant shit show this season. Nucky outlived and outlasted Luciano and Capone in real life so they just decide to have him lose everything and die for the ending..... total garbage

its a classic hbo move that they pull when they don't want to fund certain shows anymore. they did this with Carnival also.

I wish they could have ended it they way they wanted.

This season was clearly just a way to tie everything up.

I wonder what it would have been like if they took their time to end it.

Last season was goofy. Rather than tie up the plot, everyone gets shot.

It's a gangster movie. I could have thought of that. That's like everyone in a zombie movie getting eaten. Come to think of it, I am surprised they didn't have that.

I hated this season....it seemed like tjey abbreviated much of it. So.much stuff happened off camera over the last 7 years. You could tell they just cut out two or three seasons and jumped to the final one...and even then had to chop that one. Very dissapointed at the treatment they gave this season.