Seeing the Alex Jones threads reminded me of this: 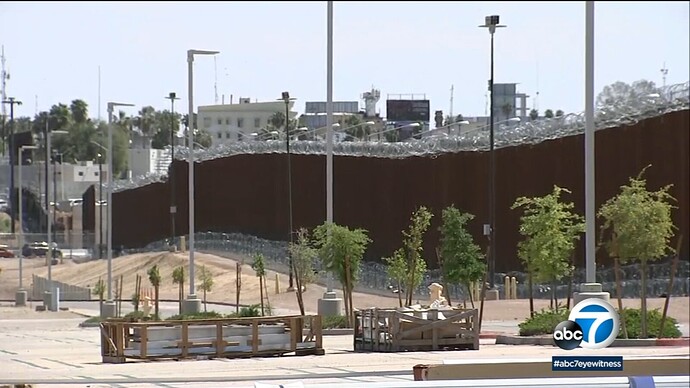 Two men on a terrorism watch list were arrested after illegally crossing the border from Mexico into California, the U.S. Border Patrol said.

The media dismissed/labeled things like this as “unfounded claims” when Trump was still in office.

Keep in mind, these are just the retards who were caught. It’s reasonable to presume that the more sophisticated ones were able to avoid detection.

But according to Biden and Harris and Jen Saki, they are just fixing the mess Trump created!

No way all 3 of them are lying.

Is the border any more open than it was with Trump? I thought there was just surge of immigrants attempting to come across now that Biden is in office. Or did Biden change shit?

There are a lot more coming through right now

And they cant handle it so covid and terrorists are getting released into the country. Fucking moron libtards never consider consequences.

Is the border any more open than it was with Trump? I thought there was just surge of immigrants attempting to come across now that Biden is in office. Or did Biden change shit?

Not sure if serious.

Biden essentially stopped or reversed all of Trump’s policies regarding the border. That means construction on the wall was stopped dead in its tracks.

It also means that the agreements with Mexico and other SA countries regarding refugees changed.

Instead of being stopped at the first border they cross, Central American people are coming to the US.

Instead of being stopped at the border and waiting in Mexico for your turn in front of a judge, people are being brought into the US AND RELEASED HERE while they wait for a trial date.

Children and their “guardians” are now being allowed directly in and given money and transportation around the nation.

So yes, things have changed with the Biden administration and the border is essentially open again.

Ya just learned me on this topic. Much appreciated. I know that Trump enforced a lot of rules that were already on the books (liberals got that twisted and said he made them up) but weren’t being enforced prior to him taking office.

We can’t have free shit for immigrants AND open borders. Shouldn’t be EITHER, but one would be bad enough. Both is a concept that will just add weight to the sinking ship our economy already is.