Could you imagine the storylines?

Brock coming back healthy, the ultimate former bad guy in Josh Barnett and Dana on the same show every night?

Barnett would get fired then rehired 25 times during the shoot...

Brock is the only guy who could put Josh on his back.

how are people not into this?

I think we will see Barnett vs Brock.

Barnett on a mic selling the fight for 3 months?

Really, cuz i saw FBC wanted it. Barnett has gone all Hollywood and i see it pulling a massive tv audience...

TTT for Brock and Barnett becoming the next KIMBO's...

Brock is a bad match up for Reem.

But Brock turns the dial, and with PT BARNUN BARNETT it would be a massive fight.

I've always said that Josh vs Brock would be a very interesting matchup. Brock would undoubtedly lose Paulson as a coach and Paulson may step out of it entirely. If anyone knows the best way to beat Brock it's Erik Paulson.

will never happen. both are trained by paulsen and nelson

one man stands in the way of this happeneing. 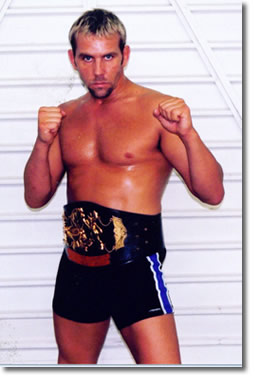 interesting thought lines,
except I doubt Brock would do it even if he was healthy.
While he said it wasn't as bad as he thought it would be the first time after all his health hardships I just dont see him upsetting his balance of solitude he so cherishes

and tufnoobs would still claim ufc is nothing like WWE!!!lol!

who doesn't want to see Overeem on TUF passing out horse meat to his fighters?

Barry_BondsMVP - who doesn't want to see Overeem on TUF passing out horse meat to his fighters?

Josh and Brock's big ass personalities would be super entertaining...

Basically quit watching tuf a while back, but i would def watch!

no chance....Getting Brock the first time was probably a hassle, and the ratings didn't improve at all. I don't think it's about the coaches so much anymore, it's about the personalities you get on the show and the type of fighters.

The coaches are pretty boring unless they do have some well-heated rivalry like Shamrock/Ortiz or Rampage/Rashad. UFC's best bet to get coaches who would draw ratings are Rashad/Jones as they do seem to despise each other and Jones deserves the slot if he beats rampage.

TUF is supposed to be about helping out the up and coming fighters, so why would you bring back the one coach that pretty much every member of his team thought was just a selfish dick?

I'd much prefer to see fighters that will actually care for their fighters.