Brunson/Cannonier to tangle next at UFC 270

A new No. 1 contender at middleweight will likely be crowned in early 2022 as Derek Brunson is expected to clash with Jared Cannonier at UFC 270 on Jan. 22.

Multiple sources close to the situation confirmed the news to MMA Fighting on Monday with agreements in place from both athletes. MMA Junkie initially reported the contest.

A perennial contender at 185 pounds, Brunson will look to secure a shot at the title when he returns in January while also seeking his sixth win in a row overall.

During his current run, Brunson has dispatched a number of ranked opponents including a submission victory over Darren Till in his most recent outing as well as a lopsided decision against Kevin Holland back in March. 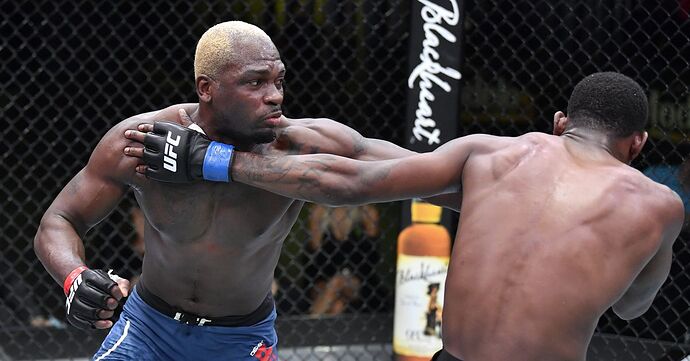 A potential No. 1 contender’s bout at middleweight has been booked for early 2022 as Jared Cannonier is expected to face Derek Brunson at UFC 270. Cannonier is a big MW. Brunson’s wrestling isn’t THAT good. I got Cannonier by TKO.