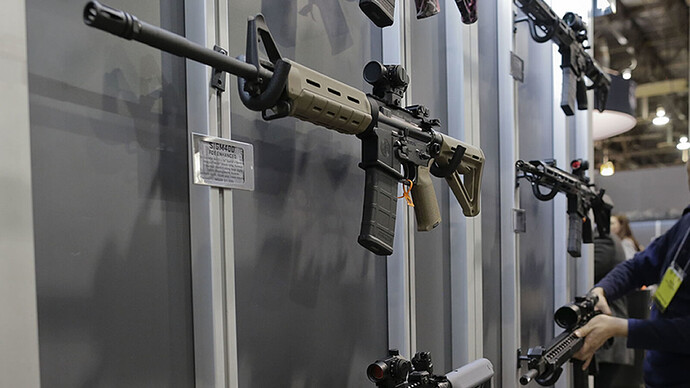 A federal appeals court has ruled that California's ban on the sale of semiautomatic weapons to adults under age 21 is unconstitutional.

“However, the ruling was not a total victory for gun rights advocates.

They had sought to block the state from requiring a hunting license for purchases of rifles or shotguns by adults under 21 who are not in the military or law enforcement.

So they have to get a hunting license…big deal.

For the most part. No guns for felons, background checks for handguns is cool. I think the hunting license thing is ridiculous, but a small price to pay.

All forms of INFRINGEMENT are fucking unconstitutional. End of story.

Im curious, and not american, but aren’t laws preventing felons from buying a gun when they get out unconstitutional too? Is there more to it than ‘the right to bear arms’ ?

going to the range this weekend.

No, that’s all the constitution says. Yes it’s unconstitutional but here in California they took away open carry laws when the black Panthers were occupying federal buildings. Republicans thought it was a good idea when it was black militants with the guns, the NRA even backed it.

Why not? SpJackson and I have some amazing conversations and dialogues based on science.

Definitely one of the OG’s most valuable contributors.