Cain Velasquez finds his Mini Me after UFC 166

Cain Velasquez finds his Mini Me after UFC 166

Cain Velasquez finds his Mini Me after UFC 166 at his afterparty in Houston! We started out by heading to Daniel Cormier's party over at the Roosevelt Lounge. Tons of the people from Paradigm Training Center were there celebrating with KJ Noons and waiting for DC to show up. We didn't wait because clubs close at 2am, and made our way over to The Mark where Cain Velasquez was having his party. After a bit of deliberation with the door guy, he said, "Follow Me" and took us through a back door entrance that led to an "alice in wonderland" type door which dropped us right onto Cain's VIP table where we finished off the night with Cain, his friends, and the crew from Affliction Clothing. There must have been a Halloween party that night as a good number of people were dressed up; especially a guy with a "Brown Pride" tattoo mirroring Cain's own. Only thing is, I don't think the tattoo was a costume- it looked like a brand new, real tattoo! You judge for yourself?

Check out all the photos from the evening by clicking the link or photo below!! 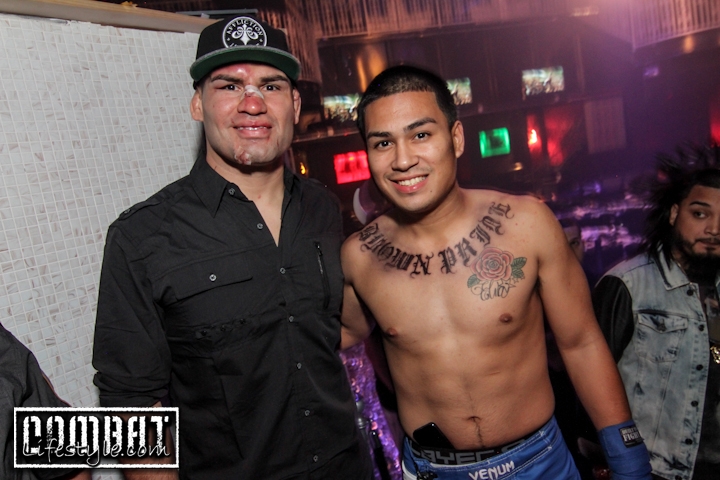 Or just some unoriginal poser lol.

Was this the alice in wonderland door? 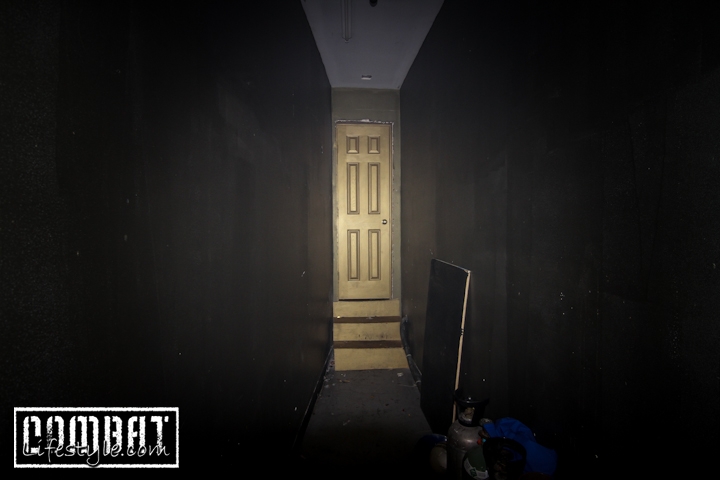 Was this the alice in wonderland door?

yes- it was really weird.. lol thank you

cain looks white in that photo

He's in fight shorts, too.

ssj - its a costume party you derp motherfuckers

Tracy is so hott

Why does he have a gun tucked into his pants?

Which ug er is that?