“Don’t air your dirty laundry in public” - I completely agree with.

“A problem shared is a problem halved” - this is not quite as straight forward; if you share a problem in the wrong place with the wrong people, it can actually compound the problem and backfire in your motherfuckin’ face.

That being said, it’s the internet mang, unless one of you tech nerds IP searches me and runs a check, any ramifications from sharing this here should stay outside of the reservation.

So with that being said, the title line is taken from “True Romance”, In this scene, immediately subsequent to it, a dudes gets murdered.

Disclaimer - I’m not going to murder anyone, period, mmmkay?

I intend to address my problem by another method entirely.

However, for the moment I’m left with a lingering problem that could cause a stable situation to turn to dog shit entirely.

You know that expression, “fight/flight/freeze”?

I was always of the “freeze” disposition; I took inordinate amounts of crap growing up from everyone, simply cause I was non-confrontational and didn’t have the nerve to stand up for myself, in addition to growing up in a “tough” environment and going to a high school that praised the “billy bad ass” personality style - I just ate shit constantly.

About 24 years old I moved abroad for work and to develop meaningful relationships with women (having left my friends, family, support network behind), I learned you damn well better be able to do something for them in bed.
A few years of self improvement later and I’m basically on my way to becoming a legit Casanova.

To “fight and fuck”, they’re categorized together for a reason:

I realized that pleasing a woman in bed is about all nerve impulses, i.e. the nervous system, nerve function.
And improving my nerve function to fuck women well, automatically made me a FAR more capable person, so suddenly I was standing up for myself, standing up to dudes everyone else was afraid of etc.

Fast forward to today, there’s this absolute scumbag in my area. I mean, this dude went to prison for stealing an old woman’s handbag, blind siding a dude with a rock across the back of the head then stealing from him, carrying weapons etc. - I’m talking an ever loving piece of shit, an exploitationist, a scumbag.

I’ve taken it to him over the past few years to keep him in line and normally he’s afraid of me.

However at the moment I’ve unfortunately fallen victim to an illness which requires me to take heavy sedative type drugs that basically weaken me, they weaken my nervous system.

This motherfucker is like a cock-a-roach, he smells weakness.
Now, normally I carry myself strong and confident and that’s enough to keep him in check (we cross paths all the time cause we both live in a small town), but currently my posture is less assertive cause my body is under the influence of heavy sedatives, I mean, I walk about like someone that’s sedated - not strong, capable, but somewhat more weak and vulnerable - and I’ve lost some muscle mass etc.

So today he tried to get in my face, probably make up for all the time I sonned him and sent him running off like a scurred little biznatch.

I had two choices: 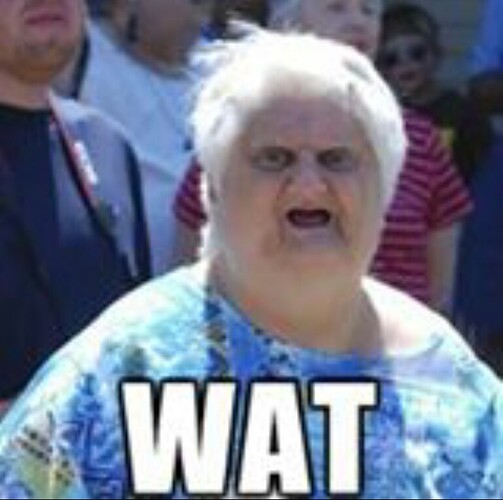 I guess what I’m saying is, this is an mma forum.

You typically don’t make it to pro mma status if you don’t have the character to deal with this type of fuck-face’ery.

Surely some of you have experienced situations like this or similar?

An mma forum and no one has more experience with these types of dealings?

Nah we grown. You should try it.

It’s a marathon not a sprint, go see him when you’re well, at present time just laugh on the inside confident of what your plan is and execute it when you’re capable.

Use that energy to recover

I discontinued those horrid sedatives as of yesterday.

Low and behold today, I come out of my apartment building and who’s crossing the street coming my direction?

I can feel my strength where it was lacking this last while whilst on sedatives.

He drops his tough guy alter ego, can’t hold my eye contact and minces off like a bitch.

WHAT a relief I’m back on form.

Honestly I wanted to push up on the motherfucker more, really make him afraid - especially cause he sensed my weakness over the past while whilst sedated and tried to basically “alpha” me.

Will report back with future events but yeah - it’s nice to be back on form!

“It’s a marathon not a sprint”.

PS - this was awesome advice, I reminded myself of it constantly recently.

Are you the dude he bashed with a rock?
Because you sound like you have brain damage.