If the import of handguns ban itself doesn’t bother you that’s fine. Everyone is entitled to their opinion. If the lack of parliamentary discussion when making decisions for all of Canada doesn’t get your panties in a wad then I think you’re not using your head.

This is also why he said he didn’t boot Fauci from the WH task force.

A president who refuses to make hard (but right) decisions out of fear of backlash from the media and opposition party is not a good leader.

I don’t disagree with you on Trump’s decision making; as an example he talked hard about draining the swamp yet hires people like Barr and Bolton into key positions.

I still think Trudeau is a punk-ass commie bitch!!

Are the handgun imports banned for cops too? Because the last mass shooting in Canada was done with a handgun that was taken from a cop that was killed.

Apparently, YOU don’t understand. Have fun trying buying a Glock 17 for $3k, while supplies last.

What does this have to do with your claim that the “vast majority” of Canadians are “extremely anti firearm”?

I am talking about when he decided to act. I thought I made that clear by writing “When he decided that they went too far” which you conveniently edited out when you quoted me.

He let the protests go on for quite some time, but when it was clear this was now a major QOL issue because truckers were trying to set up their own CHOP, he shut it down quick. 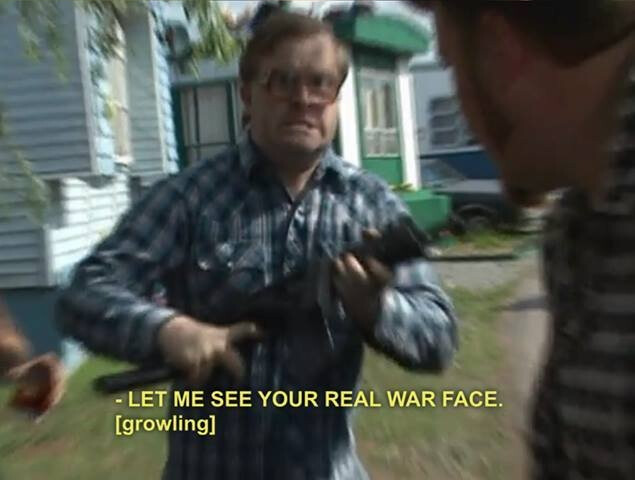 He stopped the protest, didn’t he?

Yes he did, and alienated half the Country in the process.

I think you are missing the point. There were many ways to deal with the protests. Name calling, downplaying, insulting citizens, causing a bank run, damaging the Canadian economy for years to come, running over old ladies with horses, pointing loaded firearms at Canadians, and freezing the bank accounts of Canadian citizens while evoking the emergency act without cause is what you do when you are an attempted dictator. Not a real leader.
These were concerned Canadian taxpaying Citizens in a completely legal protest, who happened to be 100% correct about vaccine mandates. You can try to defend him all you want, but you are defending an attempted dictator who is also a fucking imbecile. He is worse than Trump by far.

All he did was drive these people underground, they are preparing in small towns all over the country. In silence. Things aren’t going to be good. As a Canadian you now know you don’t have any rights that cant be taken away at the whim of a dictator. Real Canadians are preparing for the worst, and he knows it, Trudeau is preparing for war against his own citizens.

Re-reading your post, you must be a fucking troll. Im done with pretend left wing trolls on here.

Oh you mean when he used his government funded media to put out since proven fake stories about the behavior of the protesters that was always peaceful and didn’t change from day 1, then directly used the stories he had his paid media release as proof to justify the use of the emergencies act until the senate wanted to see the ‘proof’? Is that when he decided enough was enough?

the elephant in the room to everyone who can spell ‘elephant’ (sorry justin t), is that we would have to do extensive searches on truckers who smuggle contraband in. there’s ways to do it, but part of increased border patrol would equal increased possible harassment.

i normally agree with you 99%, but my friends on the ground in ottawa said that many of them weren’t ‘peaceful’ and full on harassed local businesses and citizens, and could have been charged with theft and assault in at least several cases. truckers honking horns all night and being disruptful to locals didn’t endear them as well. not from the msm but from friends.

Criminals dont need guns here. they just swarm you. Or walk around with machetes and bear mase. I honestly dont know what would be worse: shot and killed or attacked with a machete or beat to (or near) death by a swarm.
.

are you from bc?

sorry to hear it’s bad out there. i’ve been hearing things around bc (i think port moody?) where one of my training buddies is, and there was problems with i think somali and some south asian gangs.

could say the same thing about hitler

truckers honking horns all night and being disruptful to locals didn’t endear them as well.

They literally set up encampments and were blaring their horns at 2 in the morning.

That is a very good way to lose public support.

i normally agree with you 99%, but my friends on the ground in ottawa said that many of them weren’t ‘peaceful’ and full on harassed local businesses and citizens, and could have been charged with theft and assault in at least several cases. truckers honking horns all night and being disruptful to locals didn’t endear them as well. not from the msm but from friends.

I’m sure there was lots of that, but the specific stories about arson and stealing food from homeless shelters were not true. I also heard from friends who attended that there were a lot of stories of people volunteering at homeless shelters and donating food. Compared to indigenous rights and BLM protests, the vast majority of attendees were peaceful. The problem is, when you have selective agenda driven reporting you only see the side of the people who have the agenda. All that being said I wasn’t there, I don’t agree with what they did ( public protest isn’t effective. Hound politicians, not citizens) and I understand that it only takes a few bad apples to ruin a bunch, so you’re probably right.

Your friends on the ground in Ottawa are fed CBC news bias daily. CBC news is huge there and the CBC gets lots and lots of money from the liberals, about 1 billion dollars they cost Canadian taxpayers a year, and conservatives want them to fend for themselves, i.e. shut down government funding for media. The ratings for CBC out West are waaaayyyy lower because everyone out here knows they are full of shit. And with the lies and Bias that the CBC pumped out during that convoy, I tend to agree.
I spent 12 years of my life in Ottawa. I get it. They all work for the communist.