I read the spoilers, none posted here, and my needle moved.

I too shall be checking it out, at least it sounds like it happens early on the show.

And slight spoiler coming in I guess…isn’t it Cornette that says AEW should leave the most out of the shows until someone learns to actually do it? No one new ever does it great so I’m not exactly optimistic about it.

Oh what the hell…spoiler or not maybe it will get people to watch, especially how they set it up. 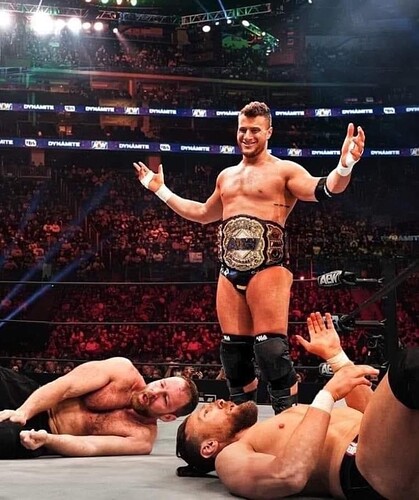 He admittedly looks really good with the belt around his waist

10 minute warning boys. You don’t want to miss this!

If this is legit, they should have leaked TF out of this spoiler - it’d drive viewership way up a la Bischoff leaking Foley winning the belt backfiring on him.

It’s time! Everyone tune in now!!!

Julia Hart can’t do anything right. Gets the mist in her eyes and misses the table by a foot. Rough bump she took.

Audience down 47% Vs last year 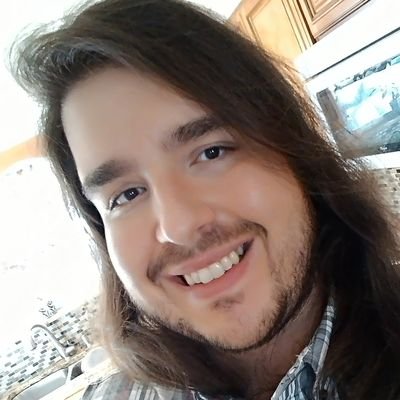 @JJWilliamsWON
Holy Shit! The Great Muta spits the green mist at Buddy and knocks Julia Hart off the apron through a table. #AEWGrandSlam #AEWRampage https://t.co/TacCdqotpj
3 Likes
The_Destroyer88 September 24, 2022, 2:23am #12

Punk/the elite could learn a thing or two about using backstage drama and making it work in the ring from Sammy/Kingston.

Fell asleep and missed the first hour. Tuned in about 20 mins ago.

That julia hart bump looked aweful like hell. She could have broken her neck from that. Is she green like hell?

And somebody has got to be in the back telling her not to do stupid shit like that, especially on a taped show. Shit, somebody in that match should have told her no to that spot. If you haven’t done it before, it’s an awful idea.

Shit, somebody in that match should have told her no to that spot. If you haven’t done it before, it’s an awful idea.

That was honestly my first thought. It pisses me off knowing they allowed someone who didnt have the experience to do something like that safely

I could do without ever seeing Jungle Boy, Starks and Julia Hart again.

Julia Hart damn near killed herself taking a table spot on a gimmicked table.