Got a trip with my boss and ceo planned. Considering this the time to ask for a raise. I just hit the 10 year mark of being in the field I’m in – been with the company 3 years. I’m good at what I do. We acquired a company and I’ve been doing extra work for them on top of my normal duties. I looked at other similar jobs which offer significantly more than what I’m making now. Thing is I like where I’m at and don’t want to leave but I feel l like it’s time to start making more. I’m not the most assertive with this shit like I feel I should be. Do I bring it up to both of them at the same time? I don’t want to go over my boss’ head and ask our ceo point blank. What’s the move?

Anyone have experience with this?

With the tight market we are in (companies are having a tough time of getting and retaining talent), I say go for it and basically communicate to him just like you posted…

You think skipping my boss and talking to him straight up is the move?

You think skipping my boss and talking to him straight up is the move?

No - I meant bringing up the points you made in your thread to your boss is the way to go. It is logical and the worst he can say is no then you consider plans B, C, etc…

Might be a better idea to nonchalantly bring up the fact that you want to grow in the company. Explain that you’ve had the opportunity to take on additional duties, and that you’d like that to become permanent, but you feel that in making it permanent, a Title Change/Promotion should be part of the deal. With any title change or promotion, additional compensation is expected, and unless your boss/CEO is an asshole, he’ll get that. If he doesn’t, you can address it at that time. I don’t know wha field you are in, but skilled workers are in short supply as someone else stated. They should want to keep you.

If you think you’re worth more money, ask for it…

Do it right in front of your boss and tell the CEO that you’re the guy who’s really doing all the work and not only should you get a raise, you should be the boss and that the CEO should fire your boss because a loser is a loser…

You gotta suck and fuck your way to the top

What you need to do is bring up your mma history, how many fights you had. Talk about the time you knocked someone out with this right hand, make a fist and put it in their face to look at. Then ask for a raise.

Yeah focus on career advancement on the trip. Ask where they see you in the company. What you can do better. Where you can move up. Etc.

Plenty of time to ask for a raise later. It would make trip awkward if they said no. I’m not saying don’t ask, just don’t ask on trip. Ask when you get back. Bring documentation about salary ranges to back up your ask.

make a fist and put it in their face to look at. Then ask for a raise.

Hahaha yeah I didn’t think about the no part and us just chilling there all awkward. Maybe after. I have a long spree of work trips planned coming up maybe after all those are squared away.

With Mouthpiece on left ear…

Another option is if you ever get to drive start gunning it recklessly and keep asking for a raise over and over as you keep accelerating.

Low key thought about that not even kidding. I’m picking them up from the airport

Have another job lined up just in case the convo doesn’t go the way you want.

With Mouthpiece on left ear… 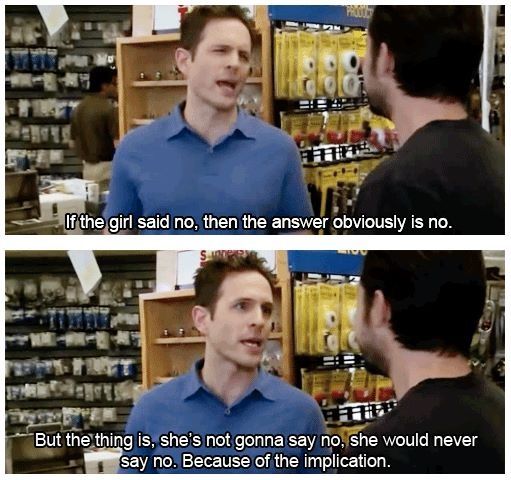 Blackmail them after you get them a little too drunk and frisky in the hotel.

OP do you have a gun? You could also accidently flash it while asking for the raise.

That’s not the time to ask. Go and enjoy the trip. Ask when you get back.