The Phoenix Police Department released a Critical Incident Briefing video related to an officer-involved shooting that happened on December 23, 2019. The incident happened at 11:00 in the morning, two days before Christmas, in a busy shopping mall parking lot near 76th Ave & Thomas. Officers of the Maryvale/Estrella Mountain Precinct responded to multiple calls of a shooting. The first caller was a woman who told dispatchers a man in his late 30s tried to take her car at gun point. She said as she drove away, the man shot her twice. Shortly after this incident, a second woman reported a man, later identified as 38-year-old Richard Ruiz, approached her red pick-up truck. She said Ruiz held her at gun point so she opened the driver side door and ran from her truck. Ruiz jumped into the driver seat, driving slowly around the parking lot. The carjacking victim feared he was coming after her and began screaming.

She moved toward a man who was walking into the nearby shopping center. Ruiz continued searching the parking lot for the woman as she hid between cars. The man rushed toward the business to get help for the woman. As he was entering the business, store surveillance shows Ruiz driving up to the entrance, firing his gun and hitting the man while two women were just a few feet away. At this point, Ruiz drove away and seconds later, the first police officers showed up. The male shooting victim was able to point officers in the direction of Ruiz. Officers followed Ruiz who circled around the parking. Approximately 60 seconds after first shooting the man, Ruiz circled back in front of the store and tried to target him again, while the wounded victim hid behind a concrete pillar for protection.

After this second confrontation with the victim, Ruiz drove off again and those same first responding officers tended to the shooting and carjacking victims. For the safety of the victims, they were placed in the patrol vehicle and taken to a nearby medical center for help. The physical injuries were not life threatening. While the victims were receiving medical assistance, other officers continued to pursue the suspect through the parking lot. During the pursuit an officer utilized his patrol vehicle, ramming the pick-up truck hoping to disable the vehicle. Unfortunately, the vehicle was not affected, and Ruiz continued to drive around. Ruiz finally stopped just south of the business and left through the driver’s side door armed with a gun. Two officers fired their guns and struck Ruiz. Officers approached Ruiz and the weapon was moved away from him.

Officers began life saving measures as they waited for fire personnel. Firefighters pronounced Ruiz dead at the scene. Officers determined that there were three victims during this incident. Two had gunshot wounds including the man seen on the store surveillance video and woman who initially called 911. Their injuries were not life threatening. The third victim was the adult woman held at gun point while the suspect took the red truck. She was not physically injured. The involved officers are from the Maryvale/Estrella Mountain Precinct. The first officer is 29-years-old with 3 years of service and his partner is 40-years-old with 17 years of service. Both shooting officers were wearing body worn cameras (BWC) and they were both activated.

This one is weird (read about the sentence) 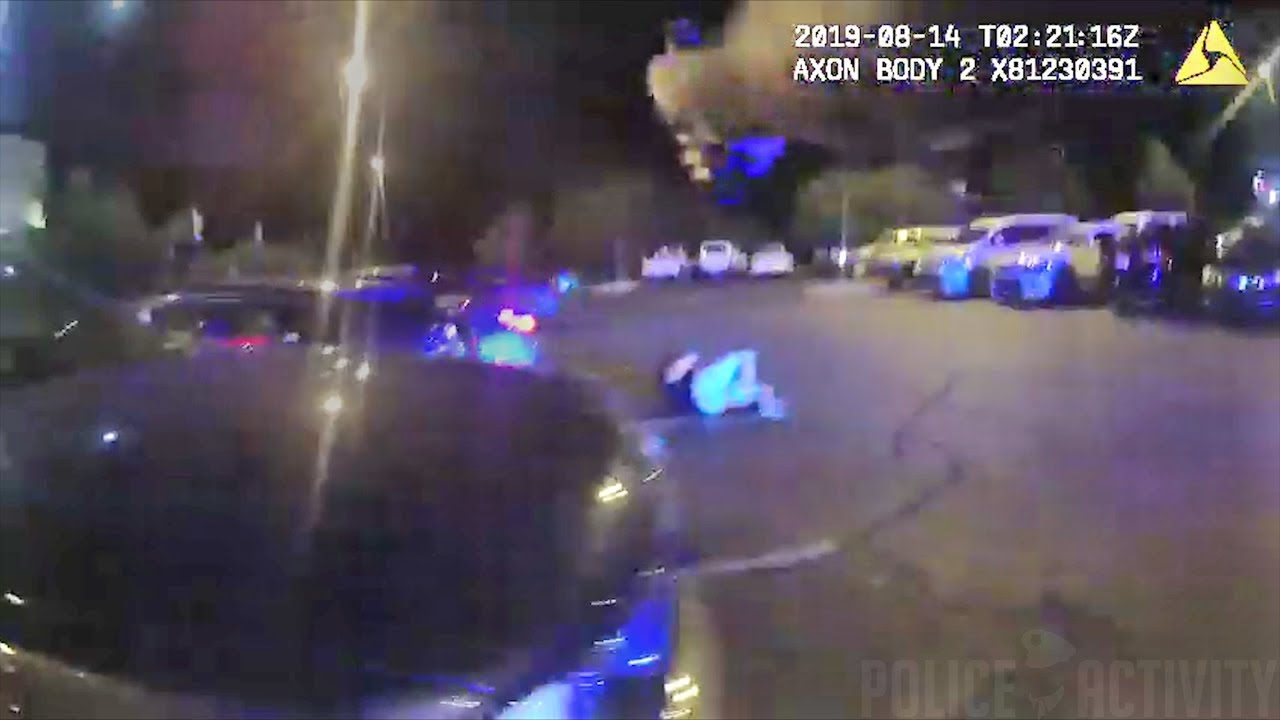 Gastonia, North Carolina – Gastonia Police Department released body camera footage of an officer involved shooting that occurred at Buffalo Wild Wings in Gastonia on Aug. 13, 2019. Officials said James Matthew Roberts Jr. was frantically waving a gun outside a Buffalo Wild Wings restaurant last August, threatening to shoot himself or someone else when police arrived. “The officer yells over 20 times for the defendant to, ‘Drop the gun, drop the gun,’” District Attorney Locke Bell said. Gastonia Police Officer Maurice Taylor III, fired four times at James Matthew Roberts Jr., 22, as Roberts stepped from his car and appeared to raise a pistol at Officer. Roberts was struck by at least one bullet and fell to the ground. After spending more than 150 days in jail awaiting trial, Roberts appeared on court on March 2, where he was charged for assault with a deadly weapon on a government official. He will spend more than two years on probation instead of a prison sentence. Officer Taylor was cleared in the shooting by Gaston County District Attorney Locke Bell.

Another one posted today: 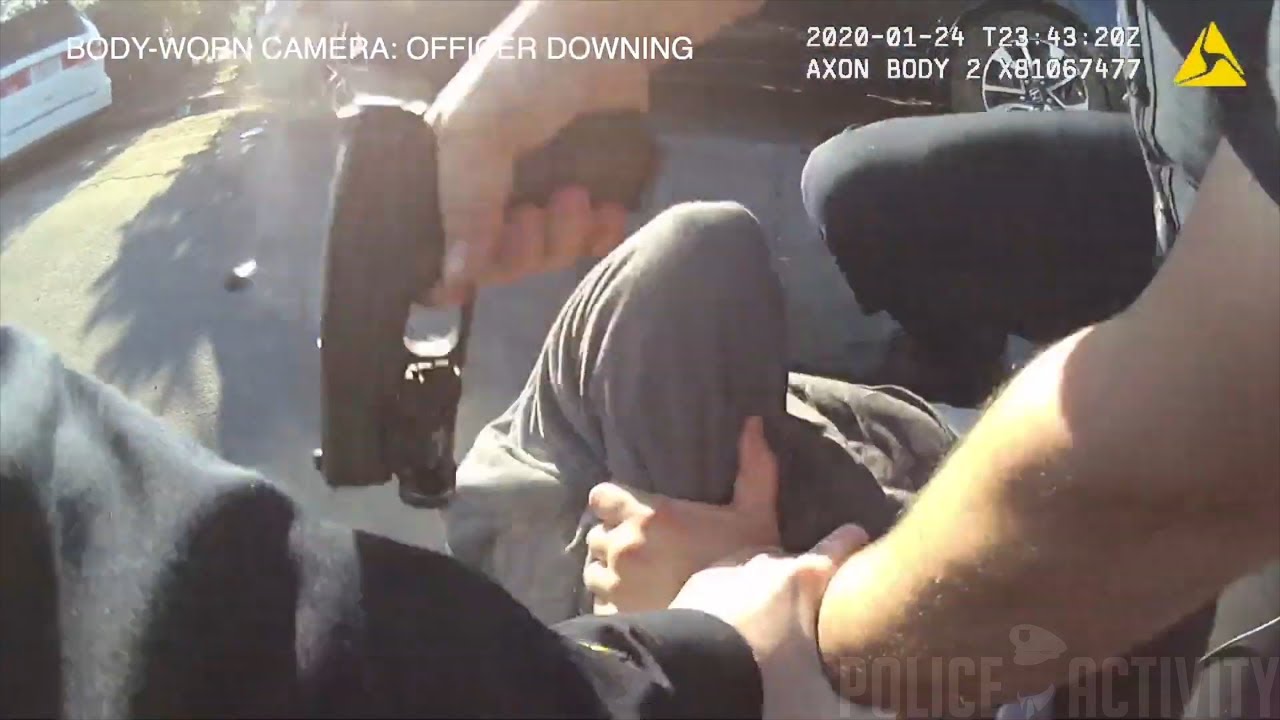 San Diego, California – On January 24, 2019, at approximately 3:42 p.m., two uniformed San Diego police officers were in the area of 2900 54th Street when they attempted to make an enforcement stop. The contact turned into a foot pursuit, which ultimately ended in a fatal officer involved shooting. Investigators from the San Diego Police Homicide Unit were called to the scene to investigate the incident. Although it is very early in the investigation, based on witness statements and the brief statement given by the officers involved, the man was uncooperative when the officers attempted to contact him. He ran from the officers and they chased him into the traffic lanes of 54th Street.

The man then ran eastbound through bushes and onto the frontage road, at which time he began struggling with the officers. The officers gave him verbal commands to stop resisting but he refused to cooperate. One of the officers believed the man was grabbing his gun and alerted his partner, who eventually fired one round from his service weapon striking the man. The man continued struggling but was eventually taken into custody. The officers provided medical aid until San Diego Fire-Rescue personnel arrived and pronounced him deceased. One witness described the subject as having something in his hand as the officers struggled with him.

It was later discovered the man not only grabbed the officer’s gun, he was able to break the officer’s holster and firearm completely off of his duty belt and was struggling to control the gun. The officers involved in this incident are both patrol officers assigned to Southeastern Division. The officer who fired his weapon is Devion Johnson, a 2 ½ year veteran of the Department. The second officer is Benjamin Downing, a 5 ½ year veteran of the Department. The subject involved in this incident has been identified as 31 year-old Toby Diller of San Diego.

That woman in the first video was super calm. She sounded mad more than anything.

That woman in the first video was super calm. She sounded mad more than anything.

No kidding. She really couldn’t have handled that call any better. That lady had her act together.

Glad the guy in the OP is dead.

Had to have been on something special… 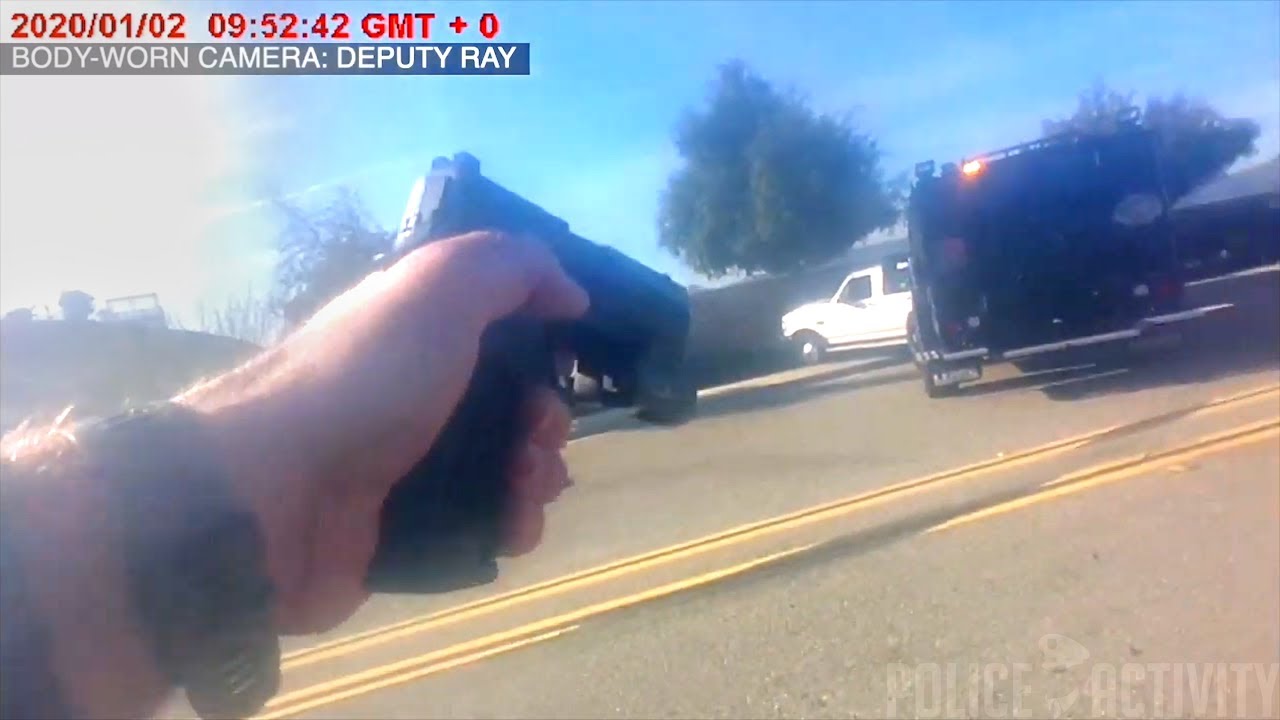 Murrieta, California – Riverside County’s sheriff released body cameras footage and a sheriff’s helicopter overhead view of a fatal exchange of gunfire with a suspect after a vehicle chase through the southwest area of the county on Jan. 2. The incident ended with the shooting by deputies of Troy Matthew Sullenger, 41, in Murrieta. In this incident Police received a call about a man who pulled a gun during an argument at a home, in the community of French Valley in the unincorporated area of Riverside County.

Deputies responded to find the man in his pickup truck driving away from the scene. What followed was a lengthy vehicle pursuit which stopped at several locations, along Murrieta Hot Springs Road and eventually entered the city of Murrieta. During the pursuit the man was armed with a handgun. Ultimately a Murrieta Police Department SWAT vehicle brought the pickup truck to a stop. At that point Sullenger fired his handgun at deputies. Four of deputies then used their service weapons and Sullenger died at the scene. No law enforcement personnel were injured in the incident.

Did the guy on the radio tell the officer who just had to kill a guy to "watch his language"?

Did the guy on the radio tell the officer who just had to kill a guy to "watch his language"?

Yeah probably just some standard rule they have on radio traffic.