The biggest scandal here, imo, is that FBI agents believed as of Jan. 2017, that this particular rumor was false. Yet, it popped up in reports by The Wall Street Journal and Guardian in March 2017, with *zero* pushback from investigators.

The biggest scandal here, imo, is that FBI agents believed as of Jan. 2017, that this particular rumor was false. Yet, it popped up in reports by The Wall Street Journal and Guardian in March 2017, with zero pushback from investigators.

Just another example the mainstream public will ignore that shows the FBI routinely abuses their power and fabricates cases.

They did it to Randy Weaver.

Looks like they are trying to set up the FARA narrative. The foreign payments began 2016 and were pre trump and the lobbying investigation in Nov 2016 they talk about is partially what they went after him and his business partners for… 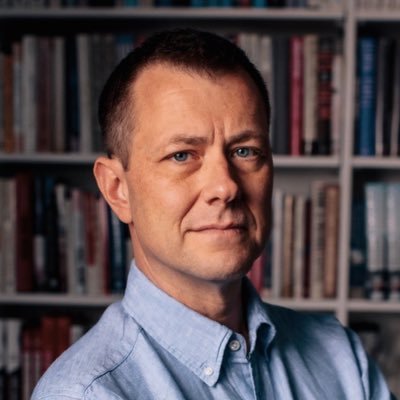 DOD IG "has uncovered evidence that Michael Flynn accepted hundreds of thousands of dollars from foreign interests and governments, despite repeated warnings by the DoD and the justice department that his conduct might be illegal." Thoughts, ex-AG Barr? theguardian.com/us-news/2021/a…
NoNeed4aScreenName April 8, 2021, 9:16pm #945

The spokesperson refused to say whether the inspector general will release a public report on its findings, as the DoD IG and other IGs throughout the government have routinely done in high-profile investigations.

I would not mind the prosecution of Flynn if it wasn’t for the fact that the DOJ is going very, very light on their former employees who conspired to maliciously prosecute political opponents.

The article doesn’t really raise anything new. Re hashing the RT Payments as well as the Turkish lobbying. Shit that was ignored by most.

But the pivot is in. It’s no longer just the troll farm but RT also played a big role in apparently Hillary losing… lol

After Trump was elected president, on 6 January 2017, the US intelligence community formally concluded that Russia had engaged in a covert intelligence agency campaign to help elect Trump and defeat Hillary Clinton, and that RT had played a vital role in that effort.

And I’m not sure this will even return a criminal charge. Also from the article

Because Flynn ignored the DIA’s warnings that his acceptance of foreign money would violate federal law, the DoD inspector general is currently making the case to the secretary of the army that Flynn be required to turn over to the US Treasury a portion of the proceeds that Flynn received from overseas sources. The IG contends that the payments were illegal under the emoluments clause, as interpreted by executive branch legal opinions, and related federal law.

This remedy would appear to be a civil one rather than criminal.