CSS is supposed to be .css files loaded by the browser

One could argue it just goes in the <head> - not loading an additional file would technically “perform” better.

But yes, interesting observation I had… I am an oldschool kind of guy… another guy was working in my main project for awhile, and he did do something where he converted it to CSS-in-JS. The built CSS was previously in the <head>, and the built JS file was the last thing before </body>. So I said, “Wait… now the page loads with no styles, and it only gets styled after the DOM + JS completely loads???” Wups. I had him undo it, and return to a CSS file in the <head>. 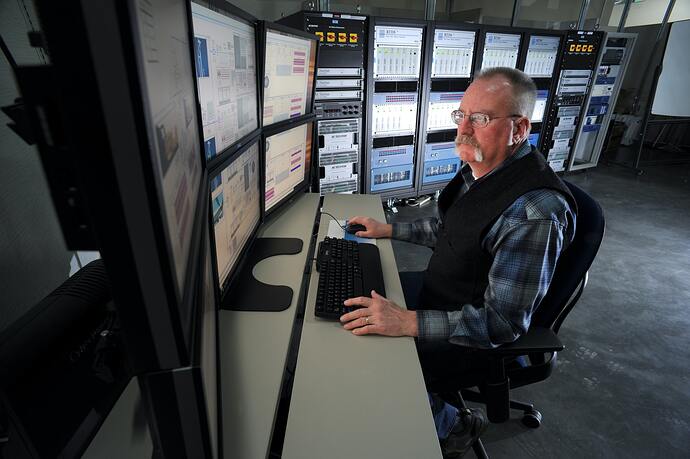 Why I moved from styled-components to Tailwind CSS and what's the future of...

Time for some AWS VPC revision. 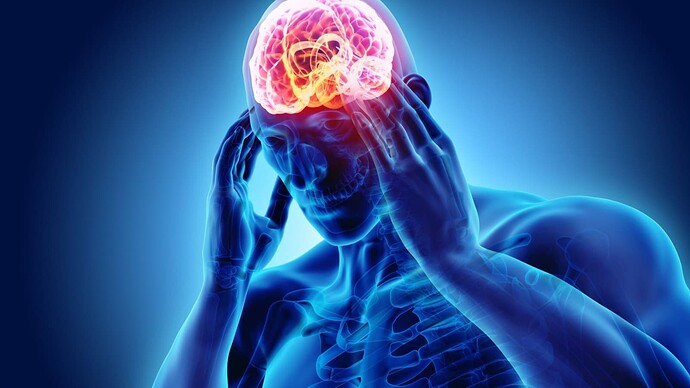 Seeing this shit reminds me I need to quit dragging ass and get studying. One less thing on my plate.

Just make yourself do a little everyday. For me, I try to get at least 1 hour of the course done. I am also learning to stop being a coward about shit I hate - I force myself to rewatch it over and over until I have got it down and/or watch videos on youtube about it.

I am not moving on from VPS until I have it down verbatim but it does make me realise why some people commit self-immolation.

I worked for a huge bank for many years and not sure i really liked it. The salary was ok, i liked people around but definitely not the job itself. Now i work in an absolutely different field (IT, freelance) and i love it. We don’t deal with the customers anymore but only send sms from slack and let them know about everything online. This job does fit my personality much better than the previous.

Any pointers/tips about being successful as a freelancer? Do you work alone or as part of a team? What sort of tech/work do you do? App dev? 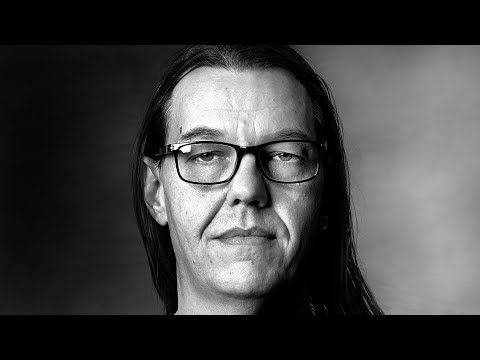 For those of you studying AWS stuff, I would really recommend concentrating heavily on the networking/VPC/VPC stuff. It makes the whole thing seem a lot more logical in terms of IP4, IP ranges, peering, endpoints, routing, EC2/ALB/NLB placement, private and public subnets etc.

And I also want you all to feel the pain I am feeling. Fuck you.

Basically all the stuff that I hate…

It’s fucking torture, it really is. Maarek’s section on it is over 2 hours long and makes me believe more and more that, as a species, we should never have left the trees.

Some links and stuff for noobs (like me) who are still dragging their feet or kind of lost about which direction to go (IT vs Programming). Pros, please feel free to correct or augment what I’m saying.

There are a lot more straight forward resources for programming than there are for the various IT (Cloud, networking, systems administration, etc.) routes, so I wanted to give some free resources, so you can get your feet wet without coming out of pocket.

As I understand it, for the IT side of things, you need a foundation in systems and networking for the most part that means Linux and Windows, and at least a Network+ level of networking. Python also seems to be the preferred language of IT as far as scripting and programming goes. Here are some sites I have come across or have been using:

https://picoctf.org/ : Free intro to Cybersecurity from Carnegie Mellon University. It’s gamified and geared towards Jr. High and up, so even a retard like me can follow along. They also have Capture the Flag hacking events you can participate in. Haven’t gone too far with it, but it seems like a real zero to hero program, starts off with basic linux commands and the terminal/shell is in the browser along side the text. Covers Python, networking, and all kinds of stuff. This is my overall, one-stop-shop for introductory everything, based on just looking at the curriculums offered. Start with the Primer.

https://linuxjourney.com/ : This will take you through Linux from the first time using the command line in the shell/terminal, all the way to networking. You can do a lot of this in the Mac terminal or Windows Powershell, but you may want or need a virtual machine to dabble in these other operating systems. Which brings me to hypervisor software/virtual machines.

Oracle VM VirtualBox : Free, but kinda wonky compared to others.

VMware Workstation Player | VMware : Free with sign-up, better than Virtual Box, but I have had issues trying to use it with the Mac M-1 chip. No issues when I was on Intel.

https://www.parallels.com/ : Not Free. Free 2-week trial, though. By far the easiest to set up. Has some virtual machines already to go when you open it. I had a Windows 11 machine up and running on my Mac in less that 5 minutes. I am using this because it’s the only one I could get Red Hat Linux and Kali Linux running on.

Get Started with Free Juniper Training : Juniper Networks is a competitor to Cisco, the largest network company by far. However, Juniper offers their training course for free, and you’ll be learning more or less the same stuff as if you will in a Cisco-focused course.

https://skillsforall.com/ : Speaking of Cisco, they have this free online academy that can take you to anywhere from basic networking to python to intro cybersecurity.

Cyber Aces | SANS Institute : Free training in Cybersecurity fundamentals. Sans is the company that does the GPEN certification (and many others) that you’ve likely heard of if you’ve researched getting into cybersecurity at all.

AND on the Jobs/formal training side of things, I came across this company who offers a couple different IT bootcamps online and in-person. They also have an income-share repayment option, which means they train you for free and help place you, but you gotta pay back the $12K in 10% of your monthly salary increments, provided you land a job that pays at least $40K/year. They’re veteran-owned if that makes any difference to you: 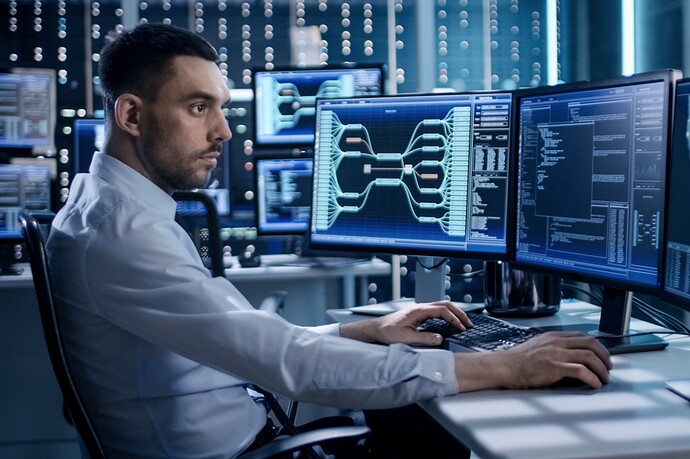 Launch Your IT Career in Networking or Cyber Security Online With Our Military Grade Inspired Next Generation Training Programs. Go From Zero To Engineer within 6 months! Zero Up Front Tuition Options Available!

That’s all I’ve got for now, hope it helps someone. 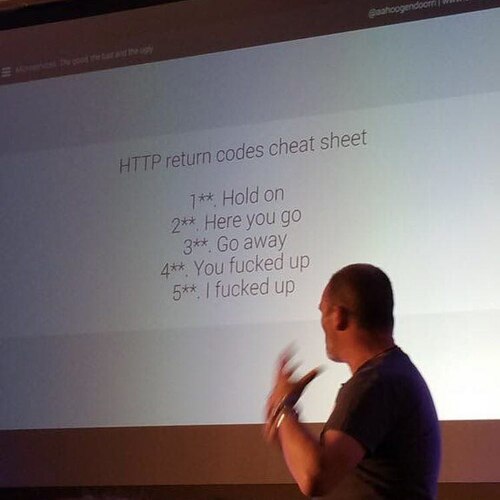 If you are as diligent in IT as you are with that research, you will be successful regardless of the specific discipline you choose to follow. Good luck!

Well thank you brother, I appreciate your vote of confidence.

Find exactly that field you want to get in, get good tutorials and grind it out. It is going to suck, regardless of the field. It sucks for all of us. You will get frustrated, angry at yourself for forgetting simple things and will have to restrain yourself from taking a mallet to your computer. We all go through that, don’t let it dent your confidence.

If you do security, server configs, passwording… read multiple sources and try to understand what is happening, don’t just copy and paste.

Haha, I’m gonna go ahead and hide the mallets as a preemptive measure. Some of this stuff is definitely more boring than others, and you’re def onto something with studying the lame stuff first. I do exactly what you described and it gets neglected. I started watching my A+ course while I take showers and do dishes, just to get through some of the stuff. Like, why am I learning about dial-up?

Solid advice all around, thanks for taking the time buddy, I appreciate it.

If possible, see if you can find someone with hands on knowledge to help you. The seven layers of network architecture made little sense to me until i saw a demo with wireshark showing each packet in thier encrypted/ decrypted state

Also, reddit is really good for questions. I find stackoverflow can be a bit too snooty about question types/wording whereas reddit tends to be a bit more relaxed and I tend to get answers faster there.