Chevy Chase get his a$$ kicked 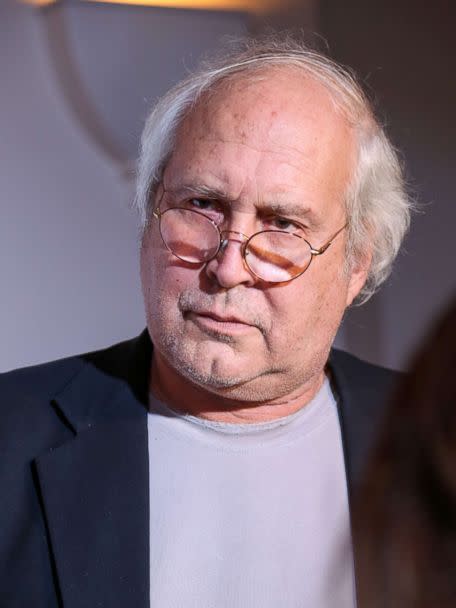 Acting legend Chevy Chase was allegedly attacked during an apparent road rage incident earlier this month, where a local New York man kicked Chase and was then arrested.

New York State Police told ABC News that on Feb. 9, the "Caddyshack" star, 74, was traveling near the Governor Mario M. Cuomo Bridge when he was allegedly cut off by another driver, identified by police as Michael Landrio.

"Chase began to follow the vehicle, as well as flash his headlights," police said in a statement. "Both drivers subsequently pulled over."

The statement adds that after the two exchanged words, the 22-year-old Landrio cursed and then "kicked [Chase] in the shoulder."

Landrio was "arrested and charged with Harassment 2nd degree and was released on an appearance ticket."

He is due back in court on March 5.

A request for comment from Chase's rep was not immediately returned to ABC News.

Chase has a few projects he is currently filming or in pre-production for, including "The Last Laugh" opposite Andie MacDowell and Richard Dreyfuss.

Chase is a notorious asshole and seemed to have started it...fuck him

^ I'm with the young guy on this one. Let'em both walk away without a charge. They voluntarily pulled over to hash it out and that's what they did. Chase lost. The story should end there.

Haha... Chase is a douche

Just imagine being Chevy Chase and being chased by a guy in a Chevy.

Freaky_Hibiki - Just imagine being Chevy Chase and being chased by a guy in a Chevy.

Chase is a notorious asshole and seemed to have started it...fuck him

I believe this dude's story.  If 2 mouthy, heated guys square off, i don't see how the only real blow is a kick to the shoulder.

Kicking Pierce Hawthorne in the shoulder? That's not exactly streets ahead.

The guy should file assault charges on Chase.

Freaky_Hibiki - Just imagine being Chevy Chase and being chased by a guy in a Chevy.

Chevy Chase get his $houlder kicked

The cams on the bridge will show who the aggressive driver was.

I hope the kid sues that douche bag.

According to cast member Laraine Newman

"It seems that there was a tension between Chevy and Bill all along during the week. I don't know why. I don't know if Chevy provoked it or not. But it culminated with Billy saying to Chevy, 'why don't you fuck your wife once in a while?' And I don't even remember who threw the first punch, Billy or Chevy. But it was ugly. I'd never seen guys fighting like that, let alone people I knew. And, you know, I don't know how he did it, but Chevy went out and did the monologue a few minutes later. Watching from the floor, he seemed shattered.