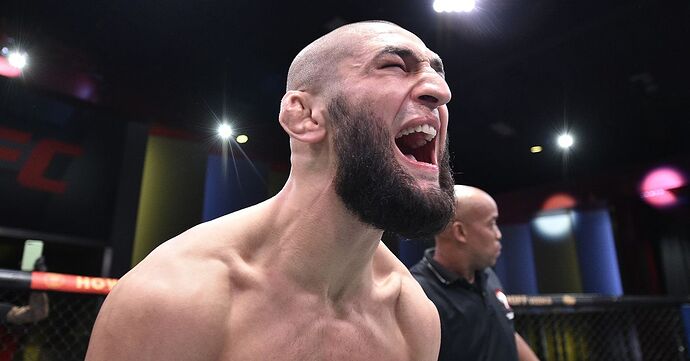 Khamza Chimaev had to be stopped by security from entering an MMA cage after "Borz" tried to enter following a knockout loss of one one his teammates.

Khamzat Chimaev still can’t seem to lock down a fight inside the Octagon, so “Borz” is looking for action inside a cage anywhere he can get it. Over the weekend, the rising Ultimate Fighting Championship (UFC) welterweight contenders got into a mini scuffle with security at an MMA event in Sweden.
According to Essentially Sports, Chiamev was sitting front row at a local MMA event featuring one of his teammates. When the fight was called off by the referee, “Wolf” jumped the rail and made his toward the cage in protest in defense of his teammate, though the call seemed justified.

Before he could actually make his way into the cage, he ran into several security personnel, who had to physically forced Chimaev back down to his seat. Thankfully cooler heads prevailed before things really got out of hand.
Chimaev hasn’t competed since he manhandled Li Jingliang at UFC 267 in Oct. 2021 on “Fight Island.” The win was “Wolf’s” tenth straight win, fourth inside the Octagon since making his promotional debut in July 2020. 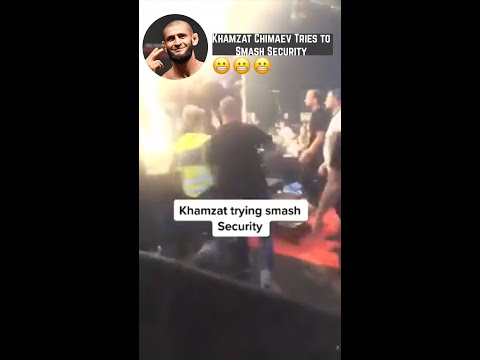 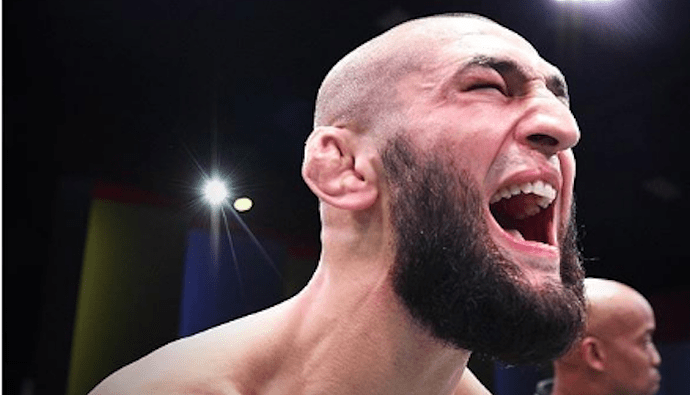 UFC standout Khamzat Chimaev was involved in an altercation with security at a recent MMA event in Sweden. 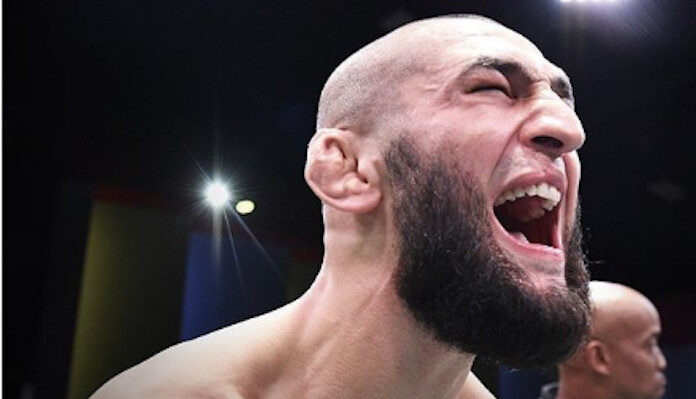 Khamzat Chimaev (10-0 MMA) last competed at October’s UFC 267 event, where he needed less than a round to dispose of ranked welterweight Li Jingliang. That contest was ‘Borz’ first since September of 2020, where he had scored a sensational 18-second knockout win over Gerald Meerschaert (see that here).

If Chimaev does end up fighting Gilbert Burns on April 9, there is a good chance that a win over ‘Durinho’ could result in a future title shot against reigning welterweight champion Kamaru Usman.

That same notion could be applied to Burns, who would be in prime position for a rematch with ‘The Nigerian Nightmare’ should he defeat ‘Borz’ this Spring.

Sit the fuck down mate.

Didn’t look as bad as I thought it was going to be. At least it wasn’t a flying Khabib stomp

They do. They do everything they hate America for

yep ,bunch of fuckin hypocrite pieces of shit. the sooner Electric cars are introduced the better. fuck the middle east and it’s oil, and i know Khamzat isn’t a Saudi but I’m 2 sheets to the wind

Muzzies have a saying.

Our children will ride camels

They know what’s up but give no fucks

oh I’m more than ready to sling shit. we haven’t had an event in forever, feels like waiting for ufc 35. so any drama is good enough, let’s go.

but in fairness, he wanted to go into the cage, they told him not to, he accepted it, and the guy stuck to him like white on rice, as if he might levitate into the cage.

no drama there at all.

Save him from himself, book him a fight a month to be on the safe side

I have physically had to pull someone off of the cage that was trying to enter.

I also had to prevent John Hackleman from coming in the cage door.

Did You Use The CrowBar ?