Chimaev Turned Down Fight, ‘I think that was a wise move for him’ - Luke Rock 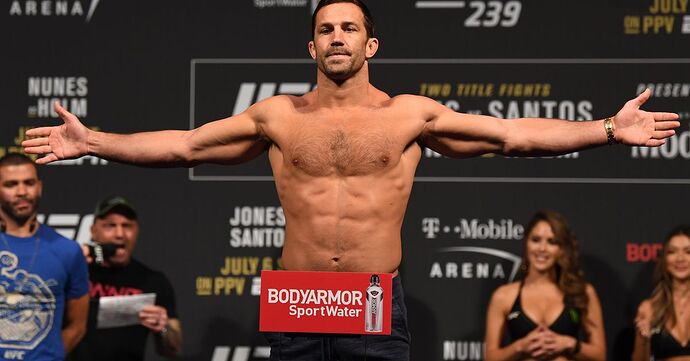 Luke Rockhold: Khamzat Chimaev turned down fight, ‘I think that was a wise...

Luke Rockhold still has hopes of reclaiming his spot atop the UFC middleweight division. 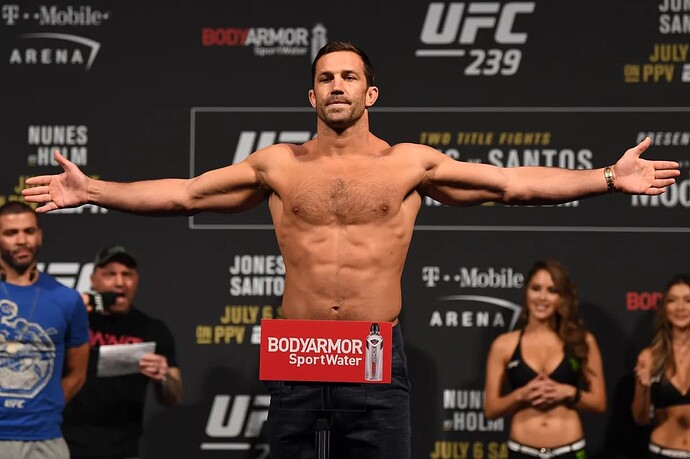 Having not fought since a rough Light Heavyweight debut against Jan Blachowicz in July 2019, Rockhold is expected to get back in action on July 30 at UFC 277 in Dallas, Texas, against Paulo Costa. The former champion has had a tough go since he ruled the throne, having gone 1-3 in the four fights following his crowning achievement against Chris Weidman at UFC 294 in Dec. 2015 (watch highlights).
Now 37, there’s been plenty of speculation as to whether or not we had seen the last of Rockhold inside the Octagon. That was until he booked a fight with rising contender Sean Strickland for Nov. 2021 at UFC 268, only for Rockhold to be forced out with an injury. Betwixt all the speculation, there was also a brief linking to a bout with red-hot Welterweight superstar, Khamzat Chimaev,

“[The challenge] gets me up in the morning,” Rockhold told ESPN MMA. “I’m not here to fight bums. I’m here to fight people that have proven their worth, that gets me excited. I don’t get excited to get up and fight f—king idiots. Honestly, the Sean Strickland thing wasn’t that motivating. Paulo, he’s tested himself against the best and he’s just a f—king piece of s—t, he’s a meathead. So there’s certain parts about him that just get me excited to go correct the situation and get back on top. I want people that motivate me.
“Khamzat didn’t take the fight, by the way, we were set to fight,” he concluded. “He wanted to stay at 170. I think that was a wise move for him at this point.”
Prior to Chimaev’s ascent to the Top 3 of the UFC Welterweight rankings, he had fought twice at Middleweight in his first four UFC bouts and was deciding which division he’d make his push in. Well, that decision was made when taking on and defeating former title challenger Gilbert Burns at UFC 273 this past month (April 9, 2022) (watch highlights).

I’m much more excited about the Costa fight right now. Hell of a style matchup.

Would love to see Luke fight both guys!

Cant wait for the Costa fight.

It was wise if Khamzat actually wants to fight.

Good luck seeing Luke make it to the cage again

Rockhold has beast grappling but his takedowns, chin and striking sucks.

Khamzats striking is pretty shit too but his chin is probably more durable.

I’m much more excited about the Costa fight right now. Hell of a style matchup.

Costa will knock his head into the tenth row.

Luke doesn’t have the takedowns to get Paulo where he needs him. 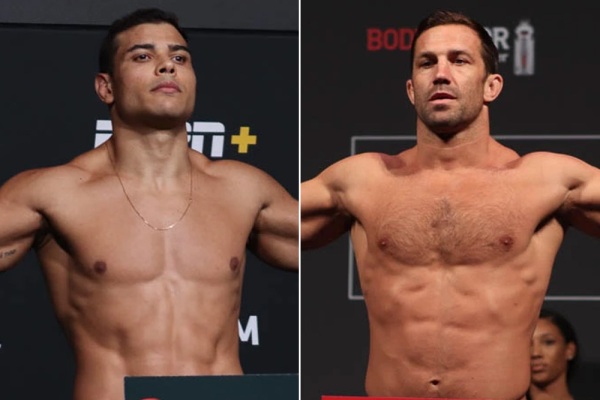 Luke Rockhold willing to give Paulo Costa five-pound allowance: 'If he can't...

Luke Rockhold doesn’t want Paulo Costa playing any games ahead of their fight at UFC 277. 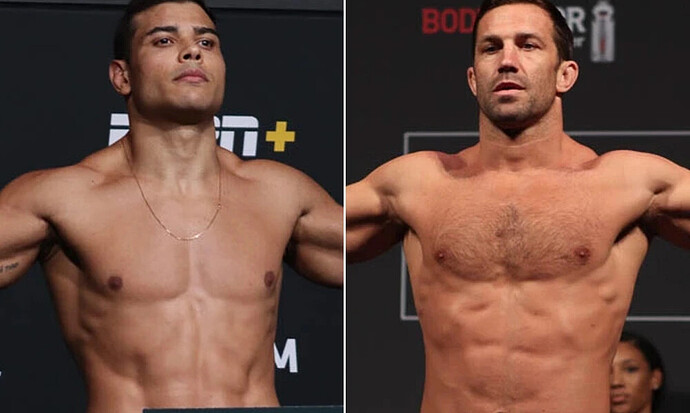 Luke Rockhold is willing to accept a fight with Paulo Costa if he misses weight – but only by a certain limit.

Costa is coming off a unanimous decision loss to Marvin Vettori last October, a fight that was contested at light heavyweight after Costa struggled to make the 185-pound mark. Although UFC president Dana White stated that Costa needs to move up a weight class, the former title challenger has signed to fight Rockhold at middleweight.

“I like Paulo, I like this fight, I like this weight,” Rockhold told ESPN. “I want to fight him at ’85, yeah. I’ll give him five-pound allowance. If he can’t make 190, fck off and let’s move on. There better be a backup fighter or something ready to go because that’s kind of what I told the UFC. I’m not here to play games. I want to go out there, and I want to prove that I’m ready to do this thing at fcking middleweight. Not at catchweight, not at light heavyweight.”

Rockhold, a former Strikeforce and UFC middleweight champion, is eager to return to form. Since losing his title to Michael Bisping in 2016, the 37-year-old has dropped two of his past three, including a failed stint at light heavyweight in his past outing against Jan Blachowicz in July 2019.

But the goal for Rockhold isn’t just to compete. He’s eyeing UFC middleweight champion Israel Adesanya, which is why he’s jumping straight back against the top of the division.

“I want to show that I can fight at 185 and be a challenger for the belt,” Rockhold said. “That’s the only reason I’m here. That’s the only reason I’m coming back is because I want to fight Israel, because I want to fight for the championship. I want to make a run at this thing and I know I can. I’ve pushed may body, I’ve tested my body, I got it. I still f*cking got it and it’s just having the presentness and that hunger and not getting distracted and having that weight of everything else that I’ve carried over the career.”

I like Luke. He’s a funny guy and his bromance with Bisping has made me a fan of both of them

But his chin may be gone these days. His best days are certainly behind him now. He doesn’t want that smoke with Khamzat lol

Costa is about to destroy what’s left of Luke’s chin, I hate this because I like Luke and don’t care for Costa.
Luke has become more likeable since him and Bisping buried that shit and became training partners and friends like Vegito said.

That’s a sexy fight, maybe Turkish Bath rules for this one…