China wants US to cut defense spending by 10%

This needs to be photoshopped with Xi and Biden.
The cat can have a cnn logo on it.

Why you unpatriotic bastard, don’t you support our TROOPS?!?

You don’t get what you don’t ask for?

That would put us behind chinas defecnce spending by a factor of 3.

Meanwhile Biden, Milley, and the MSM are trying to convince American’s Russia is the only threat.

Nobody is a threat to America, America creates the threat.
It has no military equal. It spends enough every year to defeat any country on the earth.
No use owning a hammer if you are not going to hit nails, is not a good foreign policy for a Superpower which has run out of imaginary enemies.

Heck, they are working hard to divide Americans since there is a buck to be made. Americans are going to really need to build up a scapegoat to get the size of war that saves a drowning empire.

Having a powerful military is more than just fighting other countries. It is also about the ability to project and wield influence.

I’m not saying we can’t cut some of the military budget. But the day China is on par with the US militarily is the day a lot of things change.

I’m not saying they are there now, but that is their ultimate goal.

Also, the US being such a super power over other countries has prevented anything remotely close to a world war. If that wasn’t the case then the chances of another world war would increase exponentially.

Please, there is not a country in the World who can catch up in even one section of the US establishment.
No country will ever have a bigger air force, bigger navy, marines, on and on … When the US marines by themselves can take most every country in the World, I think you are beyond being caught up with.
There is no catching up anyways, America is on a set course of destruction. Might take another decade or two but it is going to get rough.

You’ve been predicting doom and gloom since your inception on the OG. The US sure as hell might be on the downswing but any collapse will have nothing to do with the shit you’ve been peddling.

And thinking the US will never be “caught” is idiotic considering every dominating empire in history has declined or collapsed.

Not that we are in an arms race. But the day the US doesn’t have military dominance over the rest of the world sure won’t be the utopia you think it might be.

I think it will be the opposite of a utopia. I like North American life. It is normal for people around the World though to eventually stop fighting on behalf of the US.
Especially as the power wains and countries who have not been spending all their funds on meddling in foreign affairs now actually produce things. 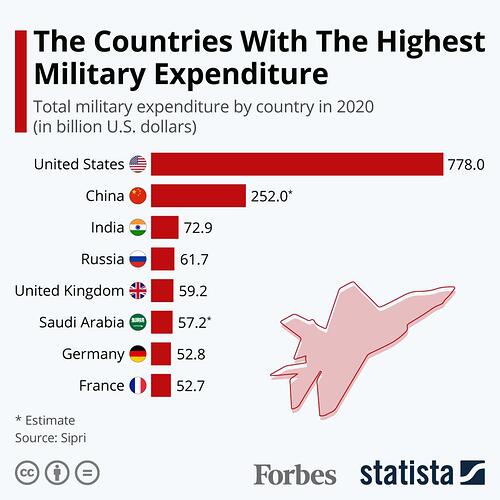 Would be interesting to see the Pentagon and CIA etc added to the military expenditure amounts. 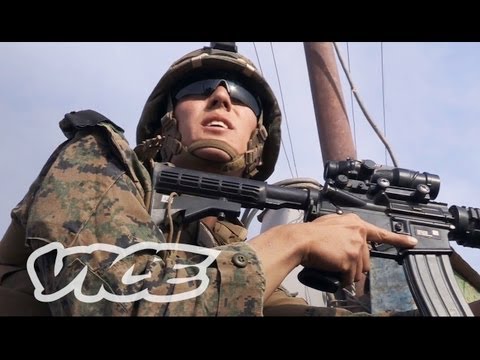 If the Chinese govt didnt want him to say what he said, he would have disappeared already.

It’s quite a range between comments that can send you to labor camp and official CCP policy. It’s just one guy making a US Imperialist put down and you guys treat it like an official statement. Again, why give one Twitter account the satisfaction.

Would be interesting to see the Pentagon and CIA etc added to the military expenditure amounts.

Total military related expenditures were around 1.25 trillion back in 2018 if I recall correctly. This includes interest on the debt related to the spending as well.