Just doesn’t have the same ring. 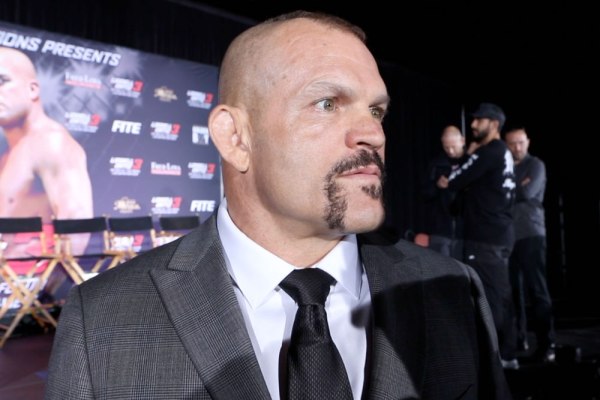 Chuck Liddell released from jail on bond, says he was victim in assault that...

Chuck Liddell offers his own account of the events that led to his arrest on Monday. 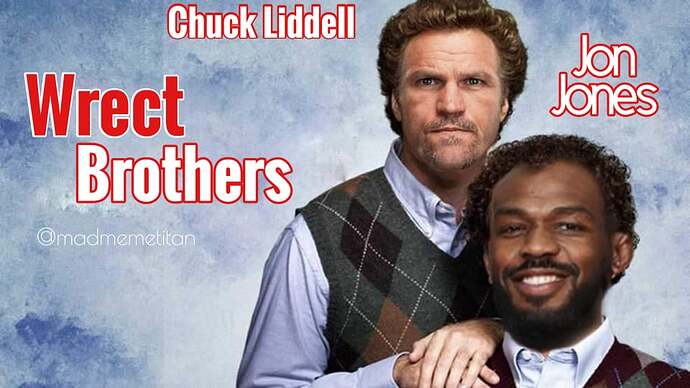 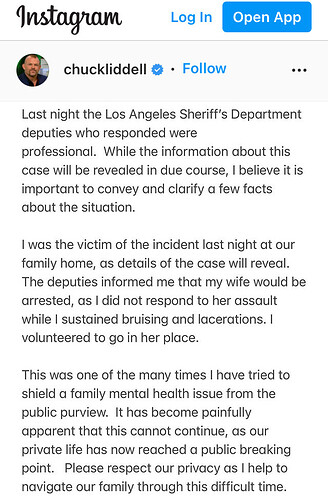 I think you guys need to back off, have you paid no mind to his hair and mustache all these years? He HAD to smack his wife around, it’s in the user’s manual that comes with that combo.

Chucks the man, it’ll all pan out and show he’s not the Jones type 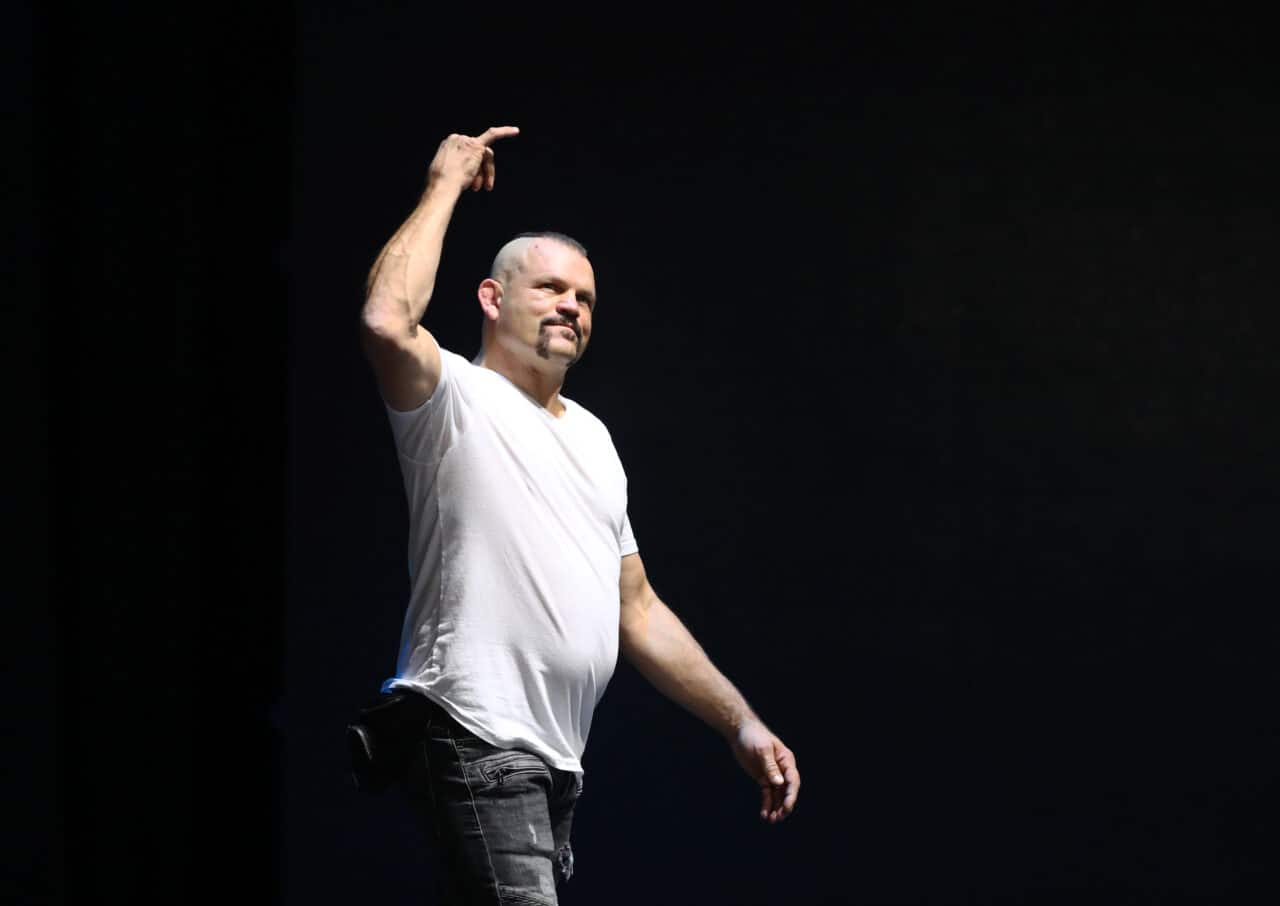 Chuck Liddell arrest takes a new turn, 'Iceman' claims he was the victim of...

I don’t think you can go to jail “in someone else’s place.” They won’t arrest you for getting punched.

But the full details aren’t out yet, so I’ll shut my whore mouth.

Chuck is tied for my favorite fighter of all time. I hope this all goes well. Wish the dude luck.

In a DV call, hell yeah the guy gets “unfairly” arrested all the time. The cops just play the odds on which arrest has the least amount of blowback on them.

what a piece of human garbage. i can’t believe he’s a fucking packers fan.

Yeah. Let’s all crucify him BEFORE having the facts, #believeallwomenandallOGers

I will say that a family member of mine was arrested after he called the police when his wife was breaking all of their dishes/electronics/furniture and assaulting him.

The cops came and said that since she owns half of everything she’s entitled to break it all if she wants. Then they arrested him because he had “the potential to do the most damage” which they said they have to do when it’s unclear who the aggressor is or there isn’t sufficient sign of injury.

After he was in the car she continued to be belligerent toward the officers and got herself arrested as well.

He eventually pled down and she took some long drawn out way through the process I don’t entirely remember. But that’s the key. He called the police for being assaulted and he was arrested and had to plead down to not have a domestic violence charge following him around and ruining his life.

They divorced shortly after.

I’m not sure that I believe his story. I’ve litigated tons of DV cases and many States have “mandatory arrest” statutes once the responding officers determine that an act of DV has occurred. The alleged victim doesn’t get to just “volunteer” to be arrested instead.

I’m all about waiting for the facts (if they ever come out), but yeah, not sure about his story.

I had a friend get arrested after he called the cops on his wife, she blurted out that “he hit me” and that was it.

Imagine being led out of the home you own in handcuffs in front of your children because your wife got mad and said some shit in an effort to go treasure hunting during a divorce. Took him two years to get the incident completely expunged.

I don’t think you can go to jail “in someone else’s place.” They won’t arrest you for getting punched.

But the full details aren’t out yet, so I’ll shut my whore mouth.

Chuck is tied for my favorite fighter of all time. I hope this all goes well. Wish the dude luck.

if they dont it leads to Petito v Laundrie situation

He had a $20k bail apparently. He claims in his statement above that the woman was the aggressor and that the cops knew about it, but he “volunteered” to go. None of that really adds up at this point.

Law enforcement sources tell us Heidi was cited on the scene because police could not determine the aggressor.

As Chuck said in the statement he released yesterday, the UFC legend asked cops if Heidi could remain at their house with a minor child who was on the premises, while he was taken to jail.

Police obliged … and Chuck was locked up for several hours in an L.A. jail.

As for what happened before and during the incident, we’re told Chuck and Heidi were at a party. They returned home and got into an argument that allegedly turned physical.

We’re told neither party had injuries.

I did NOT know this. That’s crazy.

Most men don’t know family law until they drop the soap.