Jesus christ you dont even understand what youre looking at 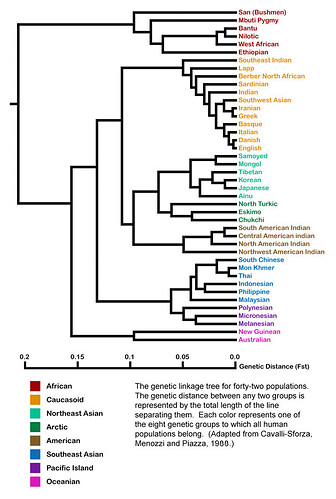 Which axis represents the genetic distance? Ill give you a hint its the only one in your little picture

Just to be clear, even though it tells you how to measure genetic distance in the image itself, you still don’t understand this chart?

Wrong they are a fucked up people, south Korean men are the number one drivers of child sex tourism in south east asia. Want sources?

Lol at Korean women being the hottest in Asian, you can pay them an extra $20 to blow down their throats no rubber here. They charge the lowest across the board. Brain dead praying mantis looking tard faces lol

No, they spread east in prehistory out of Africa as their ancestors were probably the first people to settle in the areas they kept migrating into and diverged genetically from other people just as everyone else did in their own migration paths.

Their genetics are far removed from those still in Africa, and most people outside of Africa are as well. Africans have more genetic variance between them than other people outside of Africa have: Europeans, Orientals, Native Americans, etc are all more genetically related than many groups of Africans are between themselves. They’ve been roaming around in Africa for so much longer they diverged genetically much longer.

But Melanesians look similar and were named after that similarity, so who cares.

Brush up on high school biology and see the difference between genotype and phenotype.

Lol please explain how strongly either phenotype or genotype correlate with IQ.

I couldn’t read the text on my broken screen samsuck. Just to be clear you cited a genetic study from 1986? Bwahahahaha moron

Anyway I’ve allowed myself to be led astray here. My assertion originally was that iq with an ethnic group is not static and can increase given a change in environmental factors. Also that east Asian reporting on iq scores cant be relied upon due to the cultural reasons ive already explained

Asians work considerably harder and their culture is far more demanding on them in terms of academic performance and human output. There is also an alarming suicide rate in Japan. In America, it’s a problem of motivation. If I bust my ass and Initech ships a few extra units, I don’t see another dime.

The Great Reset will fix all of this for the whole planet so just relax and have a good time.

That’s why Jews who were imported to the US after centuries of oppression and then the Holocaust became the top SES group in two decades.

This chart doesn’t have a lot of meaning without specifying the number and type of loci used to measure distance. Much genetic variation is meaningless because it occurs on effectively non-functional genes.

That wasn’t what I was replying to, troll, it was to your assertion that Melanesian people look similar to blacks, so they must be black, when genetically they are aren’t. Their haplotypes don’t match to those from Africa.

Only in America does black = African. Black here can mean anything from a dark skinned Sri Lankan, Melanesian to a Sudanese.

Im well aware of what a fucking haplotype is dolt, my ex missus was a Cell Bio Associate professor at a well ranked Uni here. Unlike you I didnt learn this shit from google images.

This discussion was about race and IQ

So far in this thread I’ve seen the g-factor incorrectly described, the Flynn Effect treated as it weren’t describing an interval scale, and the prescription of deceptively obvious but unsubstantiated environmental factors to close intelligence gaps and, by implication, eliminate between-group differences in measures of central tendency.

Anyone who is serious about this topic should read what follows: 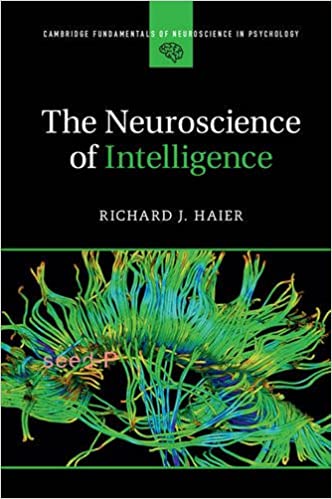 We are rapidly approaching an age where chronometrics, molecular biology, comparative genomics, and scanning technology will put all of the silly folk wisdom surrounding intelligence to rest, at least in the scientific community. I have no doubt that blank slate progressives will continue to propagandize their denial.

Trying to argue seriously while throwing out ad hominems.

You expect me to take your trolling seriously?

Since I live in the UK and black here means exactly the same as it does in America, I’m gonna say you’re full of shit. Just like you have been on every other claim you’ve made.