Coca-Cola has paused its controversial diversity plan — that included penalties on outside law firms if they failed to meet racial diversity quotas — after intense backlash.

The pause comes after the orchestrator of the plan, Coke’s former general counsel Bradley Gayton, abruptly resigned last month after less than a year on the job and as criticism of the quotas mounted.

Some questioned whether Gayton’s policies violated Title VII of the Civil Rights Act of 1964, which says employers can’t treat people differently based on their race.

“When there is a leadership change, it takes time for the new leader to review the current status of the team, organization and initiatives,” he said. “Monica is fully committed to the notions of equity and diversity in the legal profession, and we fully expect she will take the time necessary to thoughtfully review any plans going forward.”

In January, Gayton made headlines when he unveiled his plans to penalize outside law firms that failed to meet new diversity quotas by slashing their fees or cutting ties with them altogether.

“The hard truth is that our profession is not treating the issue of diversity and inclusion as a business imperative,” Gayton wrote in January, unveiling the plan. “We have a crisis on our hands and we need to commit ourselves to specific actions that will accelerate the diversity of the legal profession.”

But Gayton’s sudden resignation last month has thrown the plan into doubt, with outsiders criticizing the plan and urging Coca-Cola to walk it back.

Coca-Cola hired Gayton in September 2020 after spending nearly 30 years as the top lawyer at Ford. Despite his departure from Coke as general counsel, he still has a relationship with the company.

He signed a new contract to serve as a consultant to Coca-Cola CEO James Quincey. In that position, he’ll be making a hefty $12 million over the next year. That included a $4 million sign-on fee and a monthly consulting fee of $666,666, according to an April 21 securities filing. It’s unclear how Gayton will be able to impact the company’s outside law firm diversity plan in his new position.

In February, employees were urged to be “less white” as part of the company’s alleged diversity training. The “Confronting Racism” course in question was offered by LinkedIn Education and allegedly utilized by the soft-drink titan.

“In the U.S. and other Western nations, white people are socialized to feel that they are inherently superior because they are white,” reads one of the slides, allegedly sent from an “internal whistleblower” and posted on Twitter by YouTube commentator Karlyn Borysenko.

Another slide suggests “try to be less white” with tips including “be less oppressive,” “listen,” “believe” and “break with white solidarity.” The tweet that shared images of the course went viral.

More recently, Republican lawmakers have criticized Coke for embracing Democratic-party positions. The Atlanta-based outfit made headlines in April for denouncing a Georgia state law that critics said blocked black people and other people of color from voting.

GOP lawmakers in turn blasted the company and others that issued statements on the law, telling the corporations to stay out of politics and accusing them of hypocrisy. 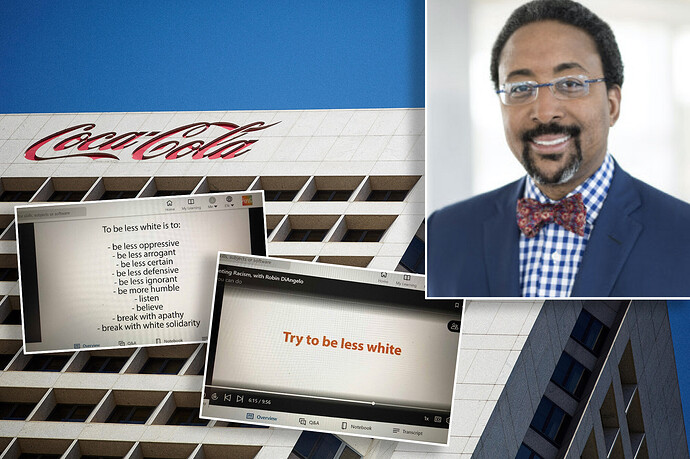 Coca-Cola has paused its controversial diversity plan after intense backlash, and the resignation of former general counsel Bradley Gayton.

In late April, Coca-Cola quietly announced that Gayton had departed his role as general counsel with a “golden parachute” — an unusual event given that Gayton had worked for the company for less than a year.

“As part of the [separation] agreement, [Gayton] will receive a $4 million sign-on payment and a monthly consulting fee of $666,666, beginning this month and ending April 2022,” the company reported, according to BusinessWire, which listed Gayton’s new role as helping to “drive certain key objectives,” without further explanation.

Notably, the new general counsel for Coca-Cola, Monica Howard Douglas, who was hired from inside the Coca-Cola family, is unlikely to carry forward with Gayton’s plan and would say only that the company has “paused” its diversity hiring plan.

‘Douglas reportedly offered a few hints about the fate of Gayton’s diversity plan, though concrete details remain elusive,” Law.com said on the hire.

“When asked about Gayton’s diversity initiative, Douglas indicated that Coca-Cola was ‘taking a pause for now’ but would likely salvage some parts of the plan,” the outlet noted, citing a source. Douglas didn’t provide any additional details about what would remain and what would be scrapped.

“She said she … plans to use some of it, but everything is being evaluated. They plan to adopt some of [Gayton’s] strategies and passions. Everything was, ‘More to come,’” Law.com’s source noted. 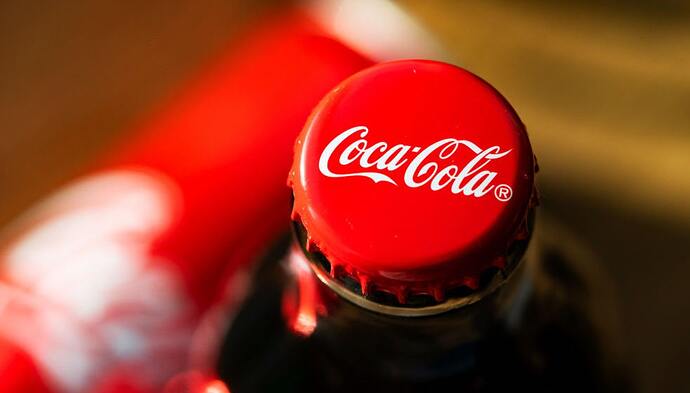 Coca-Cola has pressed pause on a controversial "diversity plan" after what Fox News described as an "intense backlash," and the company's general counsel, 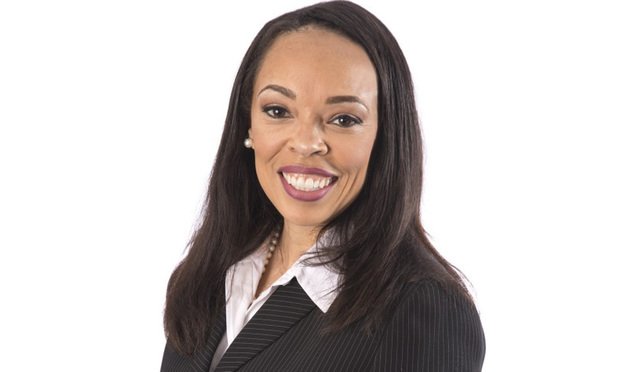 During a global legal team meeting, Monica Howard Douglas introduced herself as the new general counsel then opened up the floor for a Q&A session—but there were more questions than answers, according to a source.

Will they start making grape drank also? The racist bastids

How many law forms can they employ that their retarded plan would make any sort of significant difference? That answer is zero. You think they hire lawyers from outside the company because they dont have their own legal team of bulldogs and pitbulls?

They do it because it’s cheaper to keep their name out of legal dealings.

Who gives a shit if they want diversity in their legal contractors. Personally I would want the best representation that my money can by. Diversity would be a mere afterthought.

How many law forms can they employ that their retarded plan would make any sort of significant difference? That answer is zero. You think they hire lawyers from outside the company because they dont have their own legal team of bulldogs and pitbulls?

More importantly, how many law firms have the ability to hire enough black lawyers to do 15% of their work? There just aren’t that many qualified black law school graduates.

EVERY big law firm in the country fights tooth and nail to recruit black law school graduates, but the supply is vanishingly small. Getting 30% of ‘diverse’ attorneys is relatively easy by hiring Asians and classifying Jews as ‘diverse’, but getting 15% of black attorneys is nigh impossible. Black enrollment in law schools is about half that number (7%-8%), and the number of black graduates who have passed the bar are lower still (3%-4%). Expecting a law firm to recruit black attorneys at 3-5 times the rate that black attorney graduate law school is preposterous. No big firm can manage that.

Also, and this matters, due to the scarcity of black lawyers, all of them will be hired, shitty or not so they will, as a group, get a bad professional rep quickly.

Lawyers are prima Donnas , I used to work with corporate ones. Ugh

When will companies learn? Stop hiring these stupid fucks.

At least Basecamp figured it out and relieved their business of wokesters. 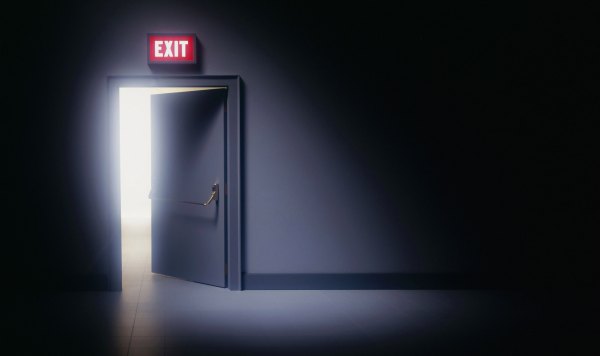 Following a controversial ban on political discussions earlier this week, Basecamp employees are heading for the exits. The company employs around 60 people, and roughly a third of the company appears to have accepted buyouts to leave, many citing...

Will they start making grape drank also? The racist bastids

You mean striving to make business and / or employment decisions based on skin tone is a bad idea?
.
Who’d have thunk…

It’s hard to believe an attorney proposed this diversity plan, and didn’t see a problem with it.

The Bar needs to be lowered

I don’t buy Woka-Cola anyway, so I don’t care what happens to them

“As part of the [separation] agreement, [Gayton] will receive a $4 million sign-on payment and a monthly consulting fee of $666,666

Shocking that leftists are attracted to 666 so much that they would go out of their way to negotiate it into something as mundane as their separation buyout.

Some shit just goes too far, hire the right person for the job, not the right color.

There are no coincidences! 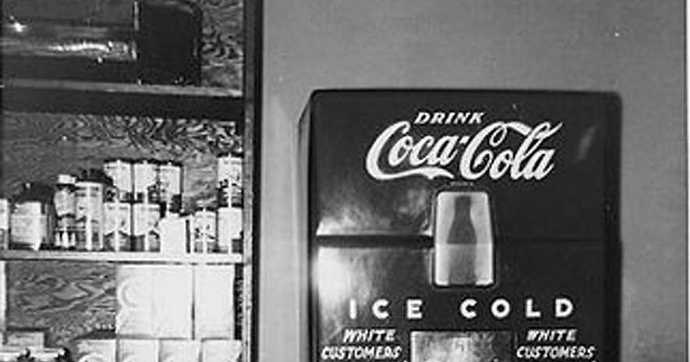