Coker : On Anderson VS. Fedor 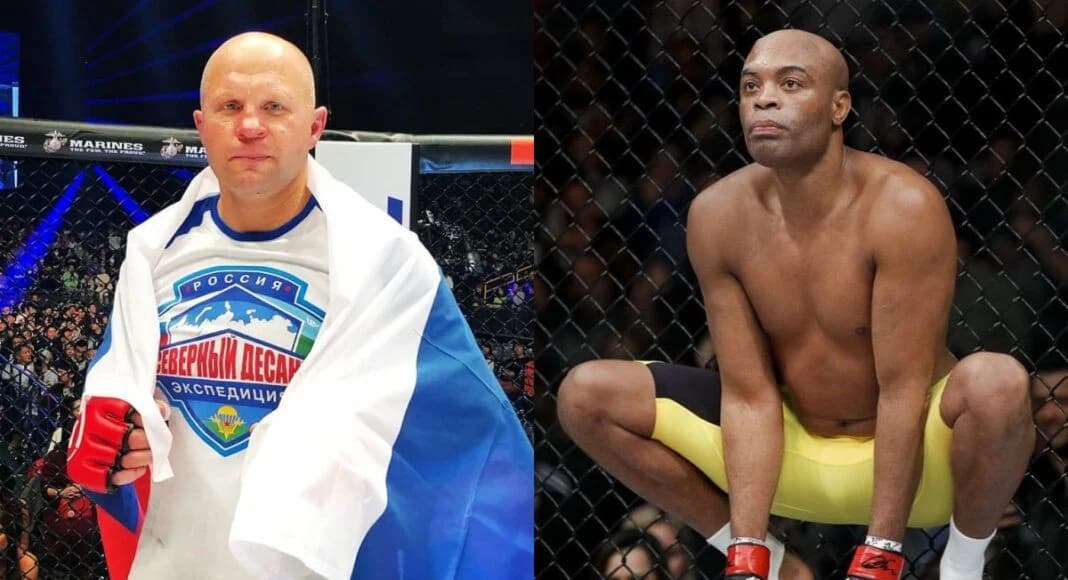 Fedor would take out Ngannou were the UFC to sign him to a one-fight deal. Of course that’ll never happen. Because Dana White knows, even if ya’llve forgot

Anderson Silva also has a win over Hendo. RNC, round 2.

no he wouldn’t, lol…

Fedor would take out Ngannou were the UFC to sign him to a one-fight deal. Of course that’ll never happen. Because Dana White knows, even if ya’llve forgot

Bud I’ve been a fedor fan as long as an American possibly could be. He’s the goat heavyweight if not the outright goat of mma. But he’s got too many miles on him. His chin has been cracked by lesser punchers than Francis. I hate that time fucks us all up but it does. Fedor had a long long reign but it’s Francis time in the sun now.

kinda cool but 15 years too late

Anderson finds that chin with his foot

His delicate shin will break if any attachment touches his jaw.

Can anyone picture a universe where Matt Mitrione KO’s Ngannou?

It’s HW and when you hit that hard anything can happen… which is why Fedor’s Reign was so impressive to those that watched it all. 30 Fights unbeaten. (What’s Francis’s record again… 17 wins and 3 Losses?) You guys who missed it and who look at Fedor after he declined are analyzing the shell of a Legend after his Chin has been destroyed. Not even close to the same fighter as he was at his Peak.

2022 Fedor stands and bangs, so I would take Anderson to catch him.

In their primes I think Fedor takes him down and finishes him easily.