Cop goes nuts because he was flipped the bird

Yes, but if everyone remained calm and silent dickheads like this would ruin a lot more lives.

Idiot kid move to be flipping off a guy with a gun that is underpaid.

Those kids are a bunch of disrespectful punks; there should be laws where a cop can completely fuck with you for being a derp.

you usually have to disrupt something, so like if you scare someone while youre beaking a cop, or get too close during a stop… flipping a cop off and telling cops to fuck off is legal but anything beyond that is usually disorderly conduct.

Courts have thrown out plenty of people getting super rowdy. I would have to say it has to be a LOT beyond that.

For sure they have, they have also convicted a lot of people for disorderly conduct that doesn’t meet the level of subjective rowdiness.

The bottom line is, if you do more than cuss and throw gang signs at a cop you’re likely to at least be arrested for disorderly conduct, or obstructing an investigation.

Generally there has to be something physical but you can get “close enough” and still get charged with obstruction.

You can get charged with anything, doesn’t mean it will hold up in court.

If it is directed at the police, shouting isn’t going to hold up. Obstruction is a different ballgame, the cop wasn’t doing anything here that he could be obstructed. Anyhow, not much of a difference between what we are saying.

Cops need to be thick skinned. Some give people a lot of shit when giving tickets or enforcing minor infractions. They need to be held to a higher standard.

fuck that cop, and I look forward to him losing his lawsuit and being fired.

1st amendment says different. If they are being loud and cursing then someone has to make a complaint and it may not be solicited by an officer.

You are actually given more latitude when yelling at or cursing at a cop vs a civilian as it is considered specifically protected speech criticizing the government.

a black cop fucking with white citizens?
he must be a black supremacist!!!
lets riot

Correct. And the courts have also said officers are expected to have thicker skin so fighting words for us won’t necessarily be for them. 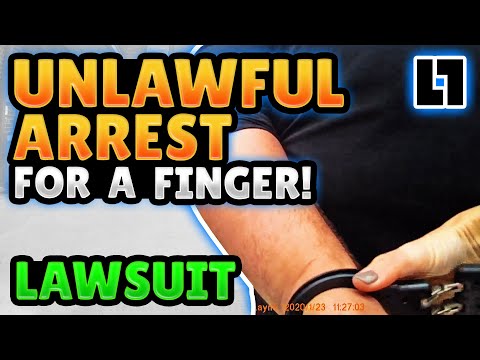 What a piece of shit that broad is. She’ll be costing the taxpayers some money.

I think he says the case has been sent for settlement mediation. She literally solicited witnesses to try and get support for disorderly… jesus. What not to do 101.