Happens to a lot of guys unfortunately Fedor did the same.

Chuck was even a wrestler originally, though I guess with him that is what made him famous.

Do you guys think maybe Yoel only using his wrestling in certain situations might have a little to do with age and his limited cardio?

He really just fights in bursts mostly it seems.

Yeah, Fedor switched from combining his striking and his grappling, which is what gave him so much success, to being almost a pure striker. The Fedor who put together strikes into throws against Mino and Mirko was a thing of beauty to watch.

Regarding Yoel’s age and cardio, I think his wrestling–and Cormier’s–is so far beyond probably 99% of their opponents that they’d actually use less cardio when utilizing it. It’s not like someone with decent wrestling who still has to struggle against some guys to get a takedown–at their level, they could and should be getting takedowns at will.

Don’t know. But I was thinking… What if Gable Stevenson signed with the UFC, and then basically fought as a pure striker.

Wouldn’t that be the equivalent of Yoel?

Maia also had his moment of wanting to be a striker. It was only after he went back to his grappling roots that he became a contender.

Reminds of me of Mike Tyson going from being the great defensive fighter to slugger later in his career.

Seems to me there was a night and day difference.

Fuck DC opinion. Lol but he’s a good dude. He wasn’t around to see Fedors prime 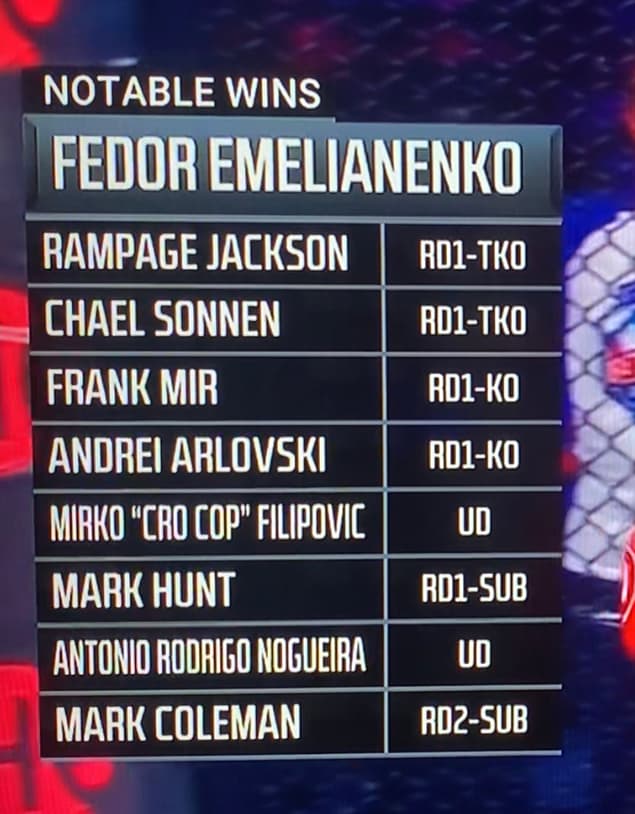 Fedor still has quick hands at 45yo, just finished a giant jhonson

Man that was a beautiful KO my friends!! 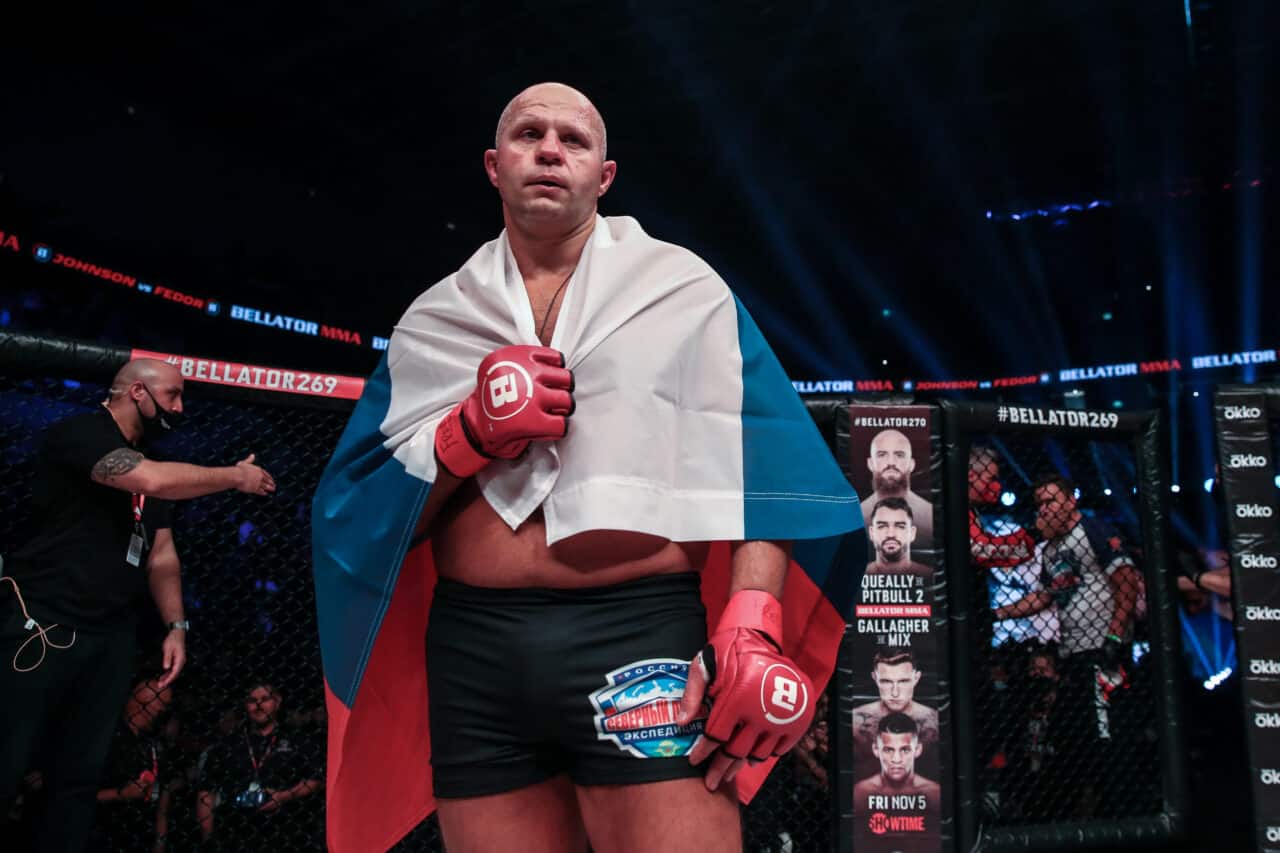 Daniel should have listened to Khabib. Khabib tried to tell Daniel many times. Be humble. Or be humbled in front of God.

But you know better than the majority of ppl, DC, and Big John.

Ignorance must be nice.

When a random dork on the internet is a bigger expert than the experts lol.

Lol that’s a padded ass record (post prime for half of them).

Lol that’s a padded ass record (post prime for half of them).

You think Fedor was in his prime? for your comment in parenthesis

Ok then add on, Sylvia, Herring, Randleman, Schilt, Arona, Rogers, Fujita, second wins over Nog, Coleman.
All top 10 guys when he fought them.

Hilarious. I don’t see how anyone could have watched him fight and feel this way.

I want to see your top five HW list.