there was a similar case in the US where a girl was declared brain dead after tonsil surgery, she was kept alive for 5 years until she died, not sure if there was ever a final court ruling in that case.

it is thought that this boy was doing some tiktok blackout challenge with a ligature (strangling himself) and somehow it went wrong, mom found him unconscious. 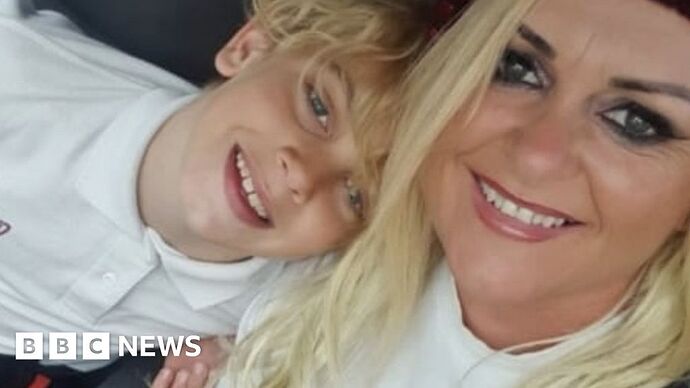 The 12-year-old has been in hospital since being found unconscious at home in April.

At some point you gotta let go.

Organ donations can allow him to help lots of other people.

I’m not strong enough to lose a child

Outliving a child is basically a parent’s worst nightmare.

But at the same time, is your child in a coma (with slim chance of waking up) really the best thing for you and the kid?

That’s rough. Taking the decision away from the parents is tough to justify. However, I’m not in any way familiar with this story so I can’t say.

Was this kid shooting up his block too?

Was this kid shooting up his block too?

I don’t know but he killed himself

Does astronaut only apply to blacks who get themselves killed?

i expect nothing less from the OG

A few people that woke from coma said they could at times sense and feel!

I HATE HATE HATE that a cold bureaucracy combined with modern technology can have someone trapped in their bodies for years without any power to say I WANT OUT.

Religious people are the worst for this They believe in the afterlife yet prefer people to suffer needlessly? You call being trapped 100% of the time “living”?

It’s impossible in nature to survive more than a week trapped like that.

The kids you are referencing harm others, this kid was harming himself probably do to peer pressure. Nobody would have sympathy for him if he filmed himself shooting at cars towards his neighbor’s houses. It’s not a color thing

Astronaut and similar sarcastic terms only apply when the kid is clearly on a criminal path.

Why do you conflate criminal action with black people?

Sounds pretty racist to me.

No one is. The ones who make it to the other side and find a way to live, allow others to help them walk to that peace. They never get there unscathed or alone.

it is a horrible scenario but if your brain has been damaged to a certain point, you are gone. whether or not a machine is keeping you breathing doesn’t really change anything, other than the time and money is it taking to keep those machines running, staff, space, etc.

Astronaut and similar sarcastic terms only apply when the kid is clearly on a criminal path.

Why do you conflate criminal action with black people?

Sounds pretty racist to me.

I think I got it now. So Thomas Siderio, the 12 year old kid who police shot and killed for having a stolen 9mm gun. He is a future astronaut right?

Just making sure. Not being an ass. I want to get this right. He is a future astronaut right?

You’re being just slightly ingenuous with that first part lol