COVID Vaccines are having the opposite effect

There will be nobody left to give you the booster in 5 years, apparently.

so they’re NOT tracking people?

This is not the opposite effect but the desired effect.

I would really like to know what long term effects people think are possible? We are closing in on more than a year now. Do they think people are going to start dying in another 6 months?

This is not the opposite effect but the desired effect.

Someone who gets it…

Do they think people are going to start dying in another 6 months?

People already are and it’s conveniently blamed on COVID19…

Lol how to get vaccine pushers going 101
Taught by kidquick

Have you ever stayed up past your bedtime and turned on your parents TV…?

It’s full of “If you or a loved one took xxxxx and suffer from yyyyy, you might be entitled to compensation.” All night, for different drugs that were approved by the FDA. 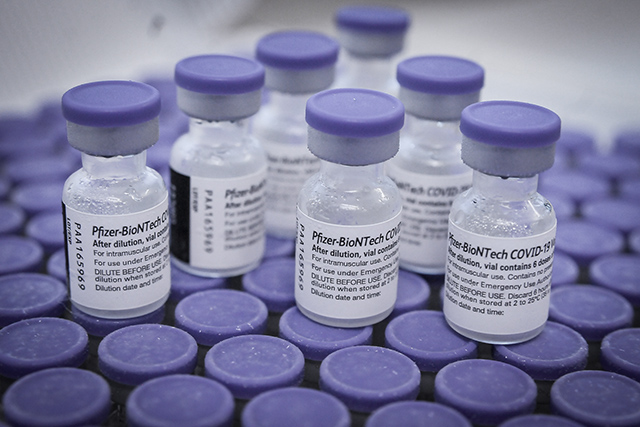 An Indiana family that went to Walgreens for flu shots were instead all mistakenly given Pfizer’s covid shots and their two young children are now “showing signs of heart issues.”

From WFIE/Gray News, “Attorney: COVID vaccines given to family, including small kids, instead of flu shots”:

Members of an Indiana family who went to get flu shots, including two children, were accidentally given adult doses of the Pfizer coronavirus vaccine, their attorney said.

They said it happened Monday [Oct 4] at a Walgreens pharmacy, WFIE reported.

[…] The family said they left the pharmacy thinking they had received their flu shots, but a Walgreens employee later called them and said they had made a mistake. The attorney said the cards were then issued since the coronavirus vaccine had been given.

Tuley said the children have been taken to a pediatric cardiologist, and the family was told both are showing signs of heart issues.

The family said the younger child has been sick with a fever and a cough.
A CBS News/YouGov poll released on Friday found that 37% of parents with kids aged 5 to 11 said they plan to get their kids jabbed. A Kaiser poll had the same number pegged at 34%.

The numbers are shockingly high considering there’s zero long-term data on the side effect profile of these novel mRNA jabs in kids (and adults) and plenty of data showing their supposed effectiveness wanes after just 5 months and therefor will require a lifetime of jabsin order to be considered “fully vaccinated.”

Read about the Dengue Fever vaccine, mRNA and ADE. People that got the vaccine then got Dengue Fever died because the mRNA caused the body to stop fighting the virus in critical organs. They were initially thought to have died from the virus when in reality it was the vaccine that really resulted in their death. It feels like you are looking for things that are scary. Comparing one of the covid vaccines with a dengue fever vaccine is misguided at best imo

One of the early measles vaccines caused ade as well and then they figured it out and created a better vaccine that has stopped most wild variations. You can focus on the mistake that was made or the success of the vaccine I guess.

The Dengue Fever vaccine was mRNA - same as the COVID vaccine. Until COVID it wasn’t used again to my knowledge in a vaccine but this gave them the opportunity to use us as lab rats.

They are wise not to mess with us. Being one punch KOd in front of your loved ones is no beauno SA. !! Pluto’s!

Another vaccine that gets blown away by cheap Ivermectin regarding effectiveness.