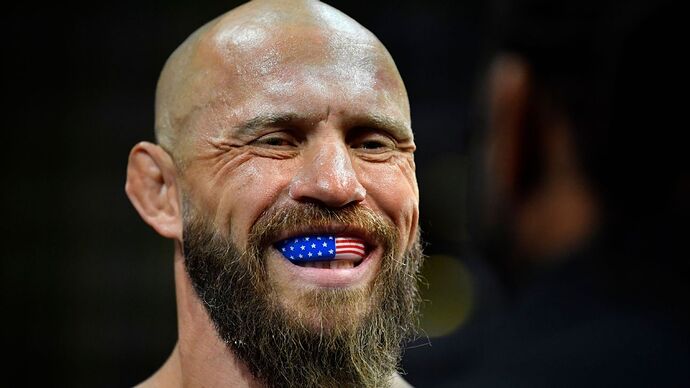 Donald "Cowboy" Cerrone has agreed to face Jim Miller at UFC 276 on July 2 in Las Vegas, according to UFC officials.

Donald “Cowboy” Cerrone has agreed to face Jim Miller at UFC 276 on July 2 in Las Vegas, according to UFC officials.

The short-notice bout is the latest turn of events in a wild month for Cerrone (36-16), who is replacing Miller’s original opponent Bobby Green. The fight will take place at the 170-pound welterweight limit. UFC 276 takes place at T-Mobile Arena.
Cerrone, 39, was scheduled to face Joe Lauzon at UFC 274 on May 7, but was forced to withdraw the day of the fight due to food poisoning. The UFC rebooked that matchup to UFC Fight Night last weekend in Austin, however it fell apart on the day of again when Lauzon suffered a freak leg injury.

One of the most popular fighters in the UFC for years, Cerrone has acknowledged his career is coming to an end. He’s expressed a desire to reach 50 appearances under the WEC and UFC combined. He needs three more bouts to reach that mark, which has never been reached in MMA history.

The new matchup is a rematch of a lightweight bout in July 2014. Cerrone defeated Miller (34-16) via TKO in the midst of what would become an eight-fight winning streak. Cerrone used that streak to make a run all the way to the UFC title in 2015, where he came up short against then-champion Rafael dos Anjos.

Cerrone’s two fights against Lauzon were booked at lightweight, and he successfully made weight for each.

Joe Lauzon: “I only want to fight cowboy!”
Cowboy: moves on

Good fight for both guys 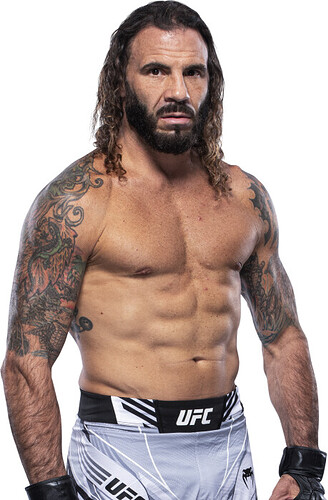 Judging by Cowboys last fight. I dont see Miller losing in any aspect of MMA

I’d love to see Miller get a revenge KO. 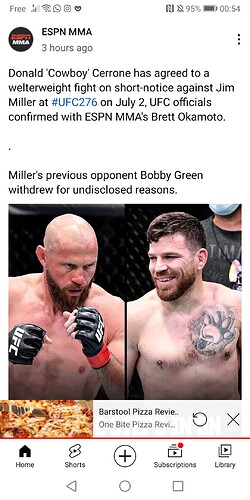 I think he will, Age with the passing of time has affected Cowboy more so than Jim. Jim looks good still and fresh, Cowboy looks like the shell of his former self. Lifestyle factors probably contributed to a lot of it. Going with Miller for the TKO/KO

It’s a fun fight but I still want Cowboy and Lauzon.

I think so too.

Miller by first round KO/TKO.

I would have been happy to see Cowboy vs Matt Brown at WW.

Hopefully. Im sure Cerrone will find a way to blow his nose mid fight. Wouldnt suprise me if Miller by sub…

Couldn’t happen to a better guy

Miller by first round KO/TKO.