Criteria for a Chick

I know on the OG we all bang perfect 10’s - nothing but the best. However if you were going to downgrade would a bit of extra weight be a deal breaker if the girl was cute, successful in her profession and a ton of fun to be with? Not talking a slob but an extra 20. 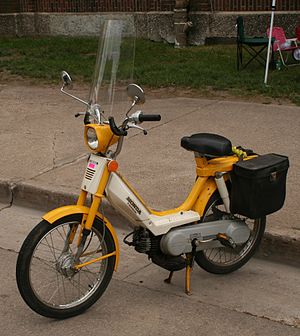 Obviously she can’t be overweight.
The ten point scale is a funny meme but it’s inherently flawed like the ten point must system. It’s consumerist propaganda keeping you down and stupid. You should be trying to settle down a be a family man, not chase tail.
So the question should be: criteria for future mother of my children, which come down to

Successful in business is not even in consideration.

If the ass and face are nice, its a possibility.

If she is feminine, it’s a huge plus. Generally in america that means she’s foreign or second generation immigrant.

Have known some girls with a sexy energy whose attractiveness far exceeded how they look in a photo.

To me the caliber of women a man swings illustrates the value of the man. My ego is too big to bang a fatty.

I was going to hangout with one once, and literally I heard the fat trumpet sound in my head when I was going to text her and then just erased her out of contacts

I bang lots of large women.

They are nicer, and I love huge tittays.

It depends on how the weight sits on her body. Nothing kills my boner quicker than rubbing up a chicks body and feeling fat rolls. I’ll be pushing rope in no time.

Just leave her a bone colored, Silian Grail business card with a 3 month pelaton subscription and let her know she has potential. If all goes well, give you a call in 3 months.

I bang lots of large women.

I take what i can get. And i love giant floppy tittays.

You may be one of my favorite posters lol- funny shit

Reality is what it is and I accept it. I make the best of what I got and I like you too phatty!

That who I finally got anyway. It just took me decades

Honestly, I’d rather an extra 20 pounds on a woman than her being 20 pounds too thin

That who I finally got anyway. It just took me decades

Probably pick one up next model year. Just holing sloots in the meantime.

I can cook. And kill bugs and shit.

Has a vagina
Never been a dude, or wants to be a dude
Nice ass
Under 150lbs (I like petite but I have had some tall farm girls too)

That’s about it to get a foot in the door. If I’m going to date you then I’d have more prerequisites.

Nice
Good with kids
Can clean my house and cook me a meal
Doesn’t fart/burp/smell bad all the time
Is good with money (or more importantly isn’t BAD with money).

Never been a dude, or wants to be a dude

Imagine living in a world where we actually have to state this explicitly.

Would anyone notice if I stop her breathing?