Former Trump advisor Michael Flynn said the US should have a coup like Myanmar, where the military overthrew the democratically elected government

Michael Flynn, who served as President Donald Trump’s national security adviser, told a crowd at a QAnon conference in Dallas, Texas, this weekend that the US should have a coup like the one in Myanmar.

On February 1, Myanmar’s military overthrew its democratically elected government and arrested its leaders. The coup immediately sparked protests across the country, prompting the junta to launch a campaign against its own citizens.

Upwards of 800 Burmese people, including at least 40 children, have been killed, according to Myanmar’s Assistance Association for Political Prisoners. More than 4,000 people have been arrested.

Flynn, who has become a prominent figure in the QAnon conspiracy theory, was a main attraction at the event, held at the Omni Hotel in Dallas.

In a video shared on Twitter, an attendee asks Flynn: “I want to know why what happened in Myanmar can’t happen here.”

The crowd immediately cheers, followed by Flynn’s response: “No reason. I mean, it should happen here.” QAnon communities have praised the Myanmar coup and endorsed the idea that it should happen in the US, according to Media Matters for America.

This guy called for “digital soldiers” to do the work he and the Trump admin should have done. Which is confusing, because obviously they knew the kind of leadership that was required to make shit happen.

Edit: I picked the wrong day to whine about this, my bad 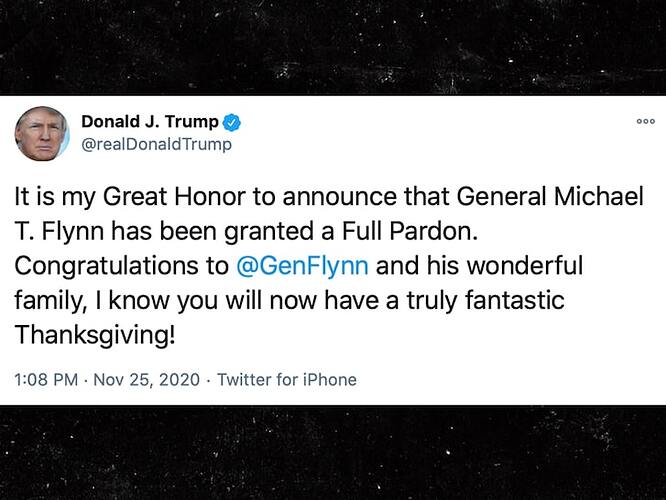 Like birds of a feather, moronic, seditious conspiratards stick together.

It’s a two way street. You think maybe Flynn is motivated to say stupid traitorous shit like this because the government knowingly railroaded him because he was on the wrong side of politics? He deserved a pardon, and now he deserves to be ostracized for silly comments.