Cubans begging for Biden to help after voting against him

He ended the wet foot dry foot policy on his way out of office Einstein, and all the “let them in” assholes on the left stayed silent about it.

No need to be rude, I’m not an expert in Cuban-American relations. Are you pro- ‘dry foot’ policies? I think I remember you being pretty antagonistic to immigrants, refugees, and path to citizenships in general; what’s the difference? apologies if I misremember your stance.

My views have no relevance. Obama fucked over cuban refugees after cozying up to a dictator.

Not so much Trump, but what the U.S. should be doing is pumping in WIFI and Cell service which we have the ability to do so that people can not be silenced and information can flow freely.

The communist government is rather weak and doesn’t have the resources it once had from Russia and Venezuela.

The U.S. should be offering all the resources it can that still allow the Cuban people to take control of the nation on their own.

We should be prepared to offer support after to allow the Cuban people to take a hold of their own economy and establish their property rights. They have limited property rights now, and the government properties should be slowly distributed to those who are on them now.

It would be great to see the U.S. support a transition where Cuba isn’t taken over by American casino and resort companies, cruise ship operators, tobacco conglomerates, and miners who figure they can pull billions out of those mountains. It should all go to the Cuban people first.

That being said, Democrat or Republican, the U.S. has an abysmal record in the Caribbean The world bank and Bill Clinton fucked Jamaica.

The sad part is, Cuba will likely be a disaster regardless, right from the first IMF/world bank loan. loan.

My views have no relevance. Obama fucked over cuban refugees after cozying up to a dictator. 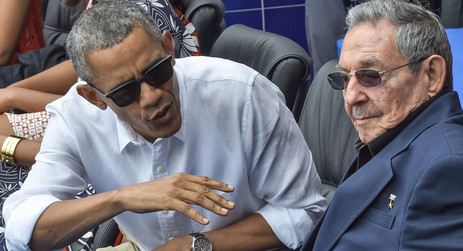 Unlikely. The land will go to the current occupants at best.

I know a lot of cubans in south Florida want their grandparent’s farms but it sis a pipe dream, it’s gone.

Why do you hate Americans?

Does this mean you will move when there’s a republican POTUS?

Ah yes…just because you vote for the other guy you deserve to be treated like shit.

There are no current occupants, the buildings are still there but vacant.

We have been working since 1999 to shore that up and Obama almost got it done. This guy has gone rogue and went to the press, but you get an idea of what we had there. 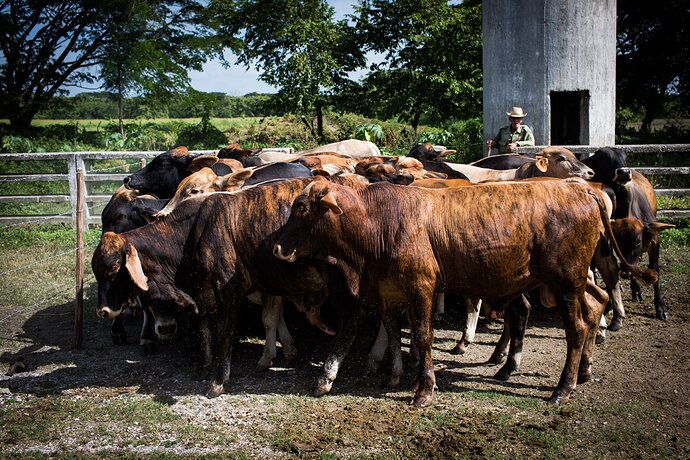 Cows, Capitalism and the Future of Cuba

As Cuba warms to capitalism—and the U.S.—commodity shortages could become less common. A prime example: beef

We should adopt them, and mexico and canada and call it the North American Union.