Dad of dead boy, 5, apologizes for not saving him.

FITCHBURG, Mass. (AP) -- The father of a 5-year-old boy who was missing for months before his body was found by the side of a highway apologized at his funeral Saturday, saying he wished he could have saved his son.

Jose Oliver, of New Britain, Connecticut, gave a tearful eulogy in front of hundreds of mourners at the funeral for Jeremiah Oliver at the Rollstone Congregational Church in Fitchburg.

Addressing his son's small white coffin, Jose Oliver asked the boy for forgiveness, saying "I am sorry, as a father and as a man, that I could not be there to protect you.

" Jeremiah was last seen in September but wasn't reported missing until December. His remains were found wrapped in a blanket and packed in a suitcase by the side of Interstate 190 in Sterling last month. His mother, Elsa Oliver, 28, and her boyfriend, Alberto Sierra, 23, are being held on charges including kidnapping, assault and battery with a dangerous weapon, and reckless endangerment. They have pleaded not guilty.

The family had been monitored by the Department of Children and Families since 2011. Three DCF employees were fired and a fourth disciplined after an investigation revealed missed social worker visits and other failed opportunities to engage with the family. DCF Commissioner Olga Roche resigned Tuesday under mounting pressure following the deaths of Jeremiah and two other children who were being monitored by state child welfare officials.

Jeremiah's case rocked the working-class city of Fitchburg, and many who attended the funeral said they hadn't known the boy but were touched by his plight. Among them were volunteers who helped search for Jeremiah through the winter, including Cyleste Johnson, who told the congregation, "As a community, we all felt the loss of this little boy.

" Mariah O'Neill, a fourth-grader at the city's Crocker Elementary School, recited lyrics from a song she had written and recorded to raise money -- more than $1,000 at last count -- for Jeremiah's funeral.

Pastor Thomas Hughes, who officiated at the funeral, praised the city for coming together for "a beautiful little boy, born into an imperfect world." But he urged mourners to channel their energy to ensure that other children are safe from abuse.

"Let's be more diligent in making sure those that have no voice... have a voice," he said.

Rough stuff. I dont understand the mom and her boyfriends charges.

Damn. That's rough. Not sure how I'd make it through that.

As soon as two weeks pass where a mother has not provided the child for visitation it should be considered kidnapping and an Amber alert issued across North America. It's our fault woman pull this shit.

DanHendersonsDentures - "I am sorry, as a father and as a man, that I could not be there to protect you."

This :( it's gotta be terrible

DanHendersonsDentures - "I am sorry, as a father and as a man, that I could not be there to protect you."

Not sure I'd be able to keep going after that.

The mother and her boyfriend: 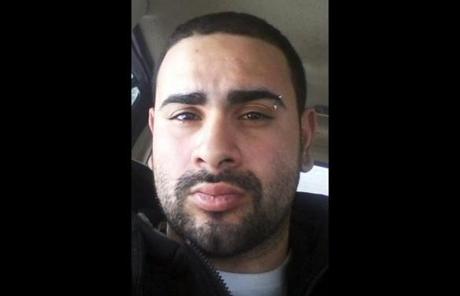 They look like the weird multi racial people nat geo said we were all turning into.

The mother and her boyfriend:

If they are guilty I would not be disappointed if they were buried alive and lived in a literal hell for infinity.

So the article didn't make this clear. Did the mom and boyfriend kill the kid ? What kind of person kills their own child ?

Losing a child does something to you as a parent. I still have these humongous feelings of guilt from when my first born son passed away at 21 days old. I didn't do anything to cause it in anyway, so let's get that out of the way. Crazy thoughts bounce around and some stick. I have a couple that have stuck with me 20 years later. I know what he's feeling. There was nothing he could do, but you basically troll yourself. If my life had turned out different than it has, I probably would have lost my mind by now. It's fucking crazy how quickly these things ruin your night.

Zekolas - So the article didn't make this clear. Did the mom and boyfriend kill the kid ? What kind of person kills their own child ?

As I understand it, the police still don't know exactly what happened.

In for breaking news of mother and boyfriend wrapped in blanked inside suitcase on side of the road. Make it happen dad

"Jeremiah was last seen in September but wasn't reported missing until December."

"Jeremiah was last seen in September but wasn't reported missing until December."

Exactly. How the fuck does that happen?