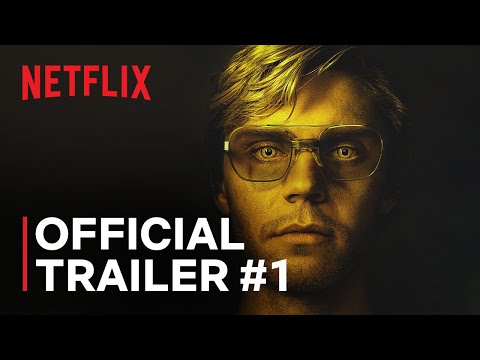 Hasn’t this been available for a while?

Was just released today. Im 3 episodes into it. Very well done. The guy who plays Dahmer does a fantastic job.

The guy who plays Dahmer does a fantastic job.

That dude’s in a bunch of Ryan’s AHS seasons. Yeah, seems like perfect casting. This looks good.

Fucking hell this shit is creepy af right off the bat.

The guy who plays Dahmer does a fantastic job.

Why don’t you marry him then?

True story. Soph year of HS English. I never did anything but fuck off in school and absolutely didn’t do any homework. We have to do a term paper and it was like 60% of the grade. I’m bombing from homework as the norm so the teacher says pick any topic you want (the class had some gay Shakespeare or crap topics) on the slick because she actually didn’t hate me and knew i wasn’t doing any Shakespeare research. So Dahmer was just wrapped up and I’ve always liked true crime genres. I pick Dahmer. I’ve watched it closely since it was somewhat local. I knock it out the park. I get paperwork from reporters at the newspaper, I do a legit level research. They send me to get a psych eval haha. To say at hated school is a understatement. We were enemies.

I was hoping for the next season of Mindhunter with the BTK.

Dahmer was gay and a cannibal so there’s a legit chance he actually ate/consumed a penis and also balls. Ryan Murphy is so weird I wouldn’t be surprised if he includes that in a scene.

Oh I would have definitely preferred a season 3 of Mindhunter over this .

I can tell you he absolutely did. He was way more into it than the media has ever really gone into depth about. His apartment and contents are unimaginable. No movie or dateline NBC has done a good enough doc on Dahmer.

Hell yeah. Only the good die young. Mind hunter and True detective season 1 are some of my favorite shows ever.

Don’t remember seeing any good dramatizations of his story but maybe I missed them.

The more I learn about this Dahmer fella, the more I don’t like him, he seems like a real jerk!

There’s an old straight to DVD movie starring Jeremy Renner. I remember is being ok, but nothing special.

Whoa, take it easy there….

In. Evan Peters is a good actor. I remember saying when i first read that he was going to be cast as Dahmer that he would knock it out of the park. Couple episodes in and i wasn’t wrong.