Whats that shit floating in my drink?

Just soap or something, drink it.

Then I think that is mission accomplished for the writers, directors and actors.

There are some interesting killers that are not well known. They should be covered

Pee Wee Gaskins would be a great subject for a series

We are halfway in and so far it’s really good, but I’d like to see them do some of these shows for lesser known killers.

Did anyone else think that the dramatization parts of the series were heavily skewed towards whitey being bad?

There’s the scene on the bus where young Dahmer is sitting in his seat and sees two white kids throwing things at a black kid. It’s the only thing that happens before he gets off the bus.

All the police cheer the 2 cops who returned the Laotian boy to Dahmer when they are re-hired except the only black cop in the room, who looks on in disgust.

The police officers who let Dahmer take the Laotian boy did not win officer of the year. In the series, there is a huge celebration for them.

When they first show the black neighbor in her apartment, in the background there is news story about 5 white cops beating a black officer. That never happened.

Jesse Jackson is depicted as a crusader for justice who is willing to fight every fight for the little guy.

The scene where the white kids were taking pictures and posing in front of the building never happened. In the show, the young black woman told the white kids they need to be more respectful and broke their camera. The police came, we’re rude to the black woman, and arrested her.

I did a little research after watching and noticed your points. If I’d known those facts before watching i probably wouldn’t have thought it was as good as it was. At least they didn’t shove it down our throats the entire time i guess

You will always find what you’re looking for

If you’re looking for racism or prejudice, you will find it

If you’re looking to be entertained, you will find entertainment.

It’s not that exciting!

Likely won’t happen but if interested there is a series Mind of a Monster where they have Green River Killer, Butcher Baker, The Grim Sleeper, The Happy Face Killer, as well as Bundy and Dahmer.

So much this. I mean i get looking out for woke crap in shit like the new lotr and game of thrones shows, but why do some of you enjoy breaking everything down to the point where it’s no longer entertaining for you?

why do some of you enjoy breaking everything down to the point where it’s no longer entertaining for you?

To be clear, I enjoyed the series. So much so that I looked up the actual story to see if the series lined up with what really happened. There were, however, a number of scenes and instances of dialogue that just seemed out of place.

Pee Wee Gaskins would be a great subject for a series

Indeed, but that won’t happen. He’s way down the list of well known serial killers. They would have to sanitize his murders (and other shit he did) to a ridiculous degree to even make a ‘Mature’ rating. Also, there’s so much of his story/murders that they don’t know whether or not is true.

It would be badass though.

Did anyone else think that the dramatization parts of the series were heavily skewed towards whitey being bad?

They literally can’t help themselves. Sometimes it’s blatant and sometimes it’s subliminal, but if it’s been made within the last few years it’s pretty much always there.

I don’t think I’ve read about him…but damn, if they have to sanitise it after the drugging, killing and eating homos in Dhamer…the. DAMN.

Going to watch some YouTubes tonight! 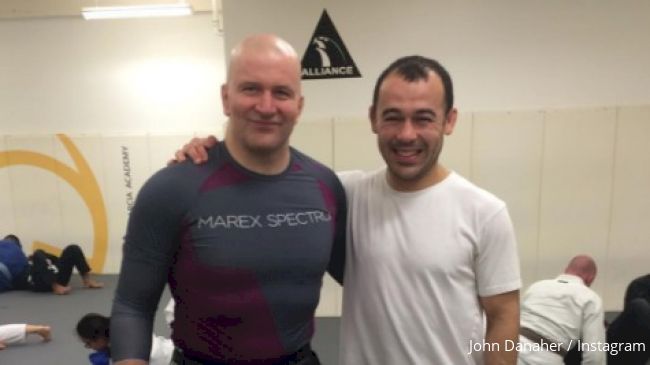 I’m only one episode in, but so far he seems like a really big jerk.

Also, there’s so much of his story/murders that they don’t know whether or not is true.

It would be badass though

That’s part of what makes him fascinating to me. When I read his auto biography, I was doing security work and sitting in an office of a foreclosed building to ensure that the previous tenants didn’t return to try to lift anything, working grave shift.
I read the book in one sitting, through the night, all alone in that silent building.

It was horrifying and fascinating. The idea that we do t know how much of it was true, how much of was his fantasy, and how much of was him trying to fuck with the world even knowing he’s be dead when it was released, only adds to the horror,at least to me

Had to look up the actor, but William Sanderson could play him perfectly

Yeah, I read the book too. Horrifying shit. I sold the book but I should have kept it…it’s pretty rare.

His wiki has enough disturbing shit but it’s tame compared to what’s in his autobiography. 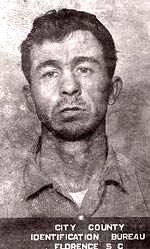 Donald Henry "Pee Wee" Gaskins Jr. (born Donald Henry Parrott Jr.; March 13, 1933 – September 6, 1991) was an American serial killer and rapist from South Carolina who stabbed, shot, drowned, and poisoned more than a dozen people. Before his convictions for murder, Gaskins had a long history of criminal activities resulting in prison sentences for assault, burglary, and statutory rape. His last arrest was for contributing to the delinquency of a minor, 13-year-old Kim Ghelkins (Gehlken), who h In...

His wiki has enough disturbing shit but it’s tame compared to what’s in his autobiography.

" Gaskins’s early life was characterized by a great deal of neglect from his mother…His mother apparently took so little interest in him that the first time he learned his given name—Donald—was when it was read out in his first court appearance."