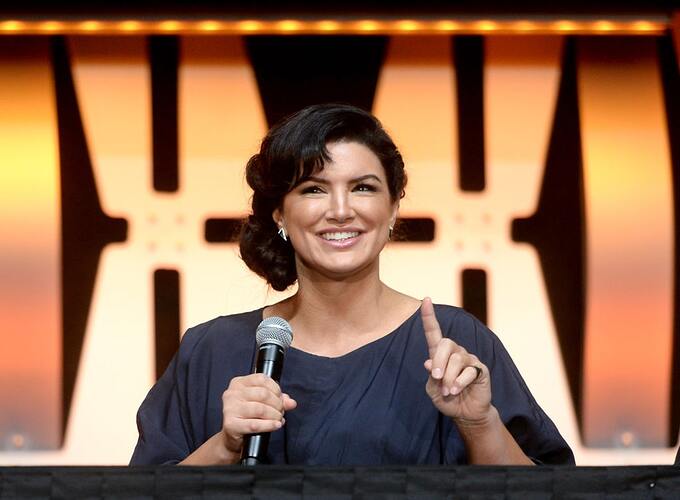 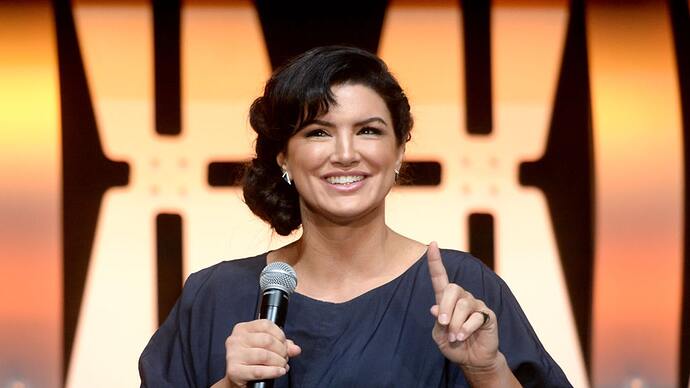 On Thursday morning, actress Gina Carano, who was infamously let go by Disney in February 2021 but then immediately signed by The Daily Wire to make movies with them, enthusiastically saluted the company’s new woke-free venture into children’s programming, tweeting, “[The Daily Wire] doing what needs to be done!!! Always. So much respect. Protect the kids at all costs.”

On Wednesday evening, The Daily Wire’s co-CEO Jeremy Boreing announced the company would “invest a minimum of $100 million over the next three years into a line of live-action and animated children’s entertainment on its streaming platform.” He added, “Americans are tired of giving their money to woke corporations who hate them. They’re tired of giving their money to woke media companies who want to indoctrinate their children with radical race and gender theory. But they want to do more than just cancel them. They want alternatives. The Daily Wire is giving them those alternatives.”

“The Daily Wire’s plan to produce children’s content has been in the works for months. Boreing has brought on Eric Branscum and Ethan Nicolle of “VeggieTales” and the Babylon Bee to head up kids content development,” The Daily Wire reported. The company issued a press release in the face of Disney’s apparent predilection for implementing woke policies in their entertainment. The press release stated:

Disney was once a reliable source of wholesome and innocent entertainment for children. But controversy after controversy has roiled the network over the last several weeks — from CEO Bob Chapek’s public condemnation of a Florida bill protecting young children from inappropriate conversations about sexuality in schools, to leaked videos of Disney employees bluntly stating their agenda to promote radical gender ideology to their young viewers — leaving parents fearful that the content their kids are consuming is brainwashing them at best and endangering them at worst.

At the time of signing with The Daily Wire, Carano asserted, “The Daily Wire is helping make one of my dreams — to develop and produce my own film — come true. I cried out and my prayer was answered. I am sending out a direct message of hope to everyone living in fear of cancellation by the totalitarian mob. I have only just begun using my voice which is now freer than ever before, and I hope it inspires others to do the same. They can’t cancel us if we don’t let them.”

Last month, the trailer for Carano’s first film since she signed with The Daily Wire debuted. The gripping Western, titled “Terror on the Prairie,” will be released in June of 2022. “The project is directed by Michael Polish (‘Northfork). ‘Terror on the Prairie’ tells the harrowing tale of a frontier woman (Carano) on the Montana plains who is forced to fight back against a gang of vicious outlaws hellbent on revenge,” The Daily Wire reported.

how many people will watch that show

Gina went from being on Disney, which is seen by millions, to working with that nerd Shapiro on extremely low budget movies LOL

hope it was worth it!

If you had principles you might know what they are worth.

Please do. It’s about time you learned your ABC’s.

If Little Ben can get half of you moran’s reading comprehension to atleast a first grade level, I’d consider this a BIG win for the OG

So our choices are gay ass disney or pro-Israel neo-conservative shows for our kids?
Maybe we should make them go outside instead.

Dont let shapiro fool you, he all about vaccines being forced. And without the leftist lunatics he would be unknown. He needs them like they need him.

What is daily wire? Never heard of it.

Can you share a time when a liberal was able to counter Ben’s arguments with even the most basic grasp of history and economics?

You are a turd. It’s not always about views and $$. It’s principles and integrity. Things you seem to know very little about.

And least they’re doing something about the problems theyre bitching about. You guys love to say “dont like it? Make your own”, and the DW is doing exactly that. Disney didnt build their empire overnight, and while DW programming is small now, it has potential to grow given the amount of people tired of leftism being forced down their throats. Whatever the future holds, you guys brought it on yourself

how many people will watch that show

Gina went from being on Disney, which is seen by millions, to working with that nerd Shapiro on extremely low budget movies LOL

hope it was worth it!

I hope the people at Disney think like this, too.

Daily Wire has already made feature length movies and many of their execs come from a film and entertainment background. Shapiro is just person there people have heard of, but he’s only putting up money for these projects and getting exec producer credit.

This isn’t some group of inexperienced dumbasses mad at Disney and who think they will try to create kids content. They actually know what they are doing. Not saying they are going to “take down Disney” or anything like that, just that they have the background to create a new and viable platform and production company.

Their last movie, Shut In, has a Rotten Tomatoes audience score of 96% and they have another movie coming out this summer.

Exactly… ‘Run, Hide, Fight’ was a straight up good movie. ‘Shut In’ didn’t appeal to me but I’ve heard nothing but good things. Even a Leftist freaked out cuz he liked it before realizing it was a DW movie. They have another out that looks like a comedy that looks pretty good that I’ll eventually watch and the Gina movie looks solid from the trailer.

They also now have a daily sports show. Its not great. But at least it doesnt push the sjw nonsense.

Oh! Please enlighten us with your intellect and tales of your successes in life!

Sure, I’ve scored top 5% in reading comprehension in any standardized test I’ve ever taken. Usually top 1%. I’m sure Benny boy and I have that in common. Wbu?

Gina displaying those glorious cans would be a nice counter to all the gay shit being pushed onto boys.

Dont let shapiro fool you, he all about vaccines being forced.

Is that why they took the biden administration to the Supreme Court over forced vaccinations?

Sure, I’ve scored too 5% in reading comprehension in any standardized test I’ve ever taken. Usually top 1%. I’m sure Benny boy and I have that in common. Wbu?

No one doubts that you scored 5% in reading comprehension.