“Let’s be honest, He’s won one fight in the last five or six years,” White told TheMacLife. “You know? When these guys get into these positions, you’ve got guys that have been with us for a long time, that we respect, that we care about. You know, you’ve got Cerrones and Anthony Pettis before he left, and you’ve got Nate Diaz and Nick Diaz is still under contract with us. So you want to be fair to everybody, you want to do the right things or whatever. He isn’t going to come in and fight Kamaru Usman.”

to be clear, he is talking about Nate, but everything said can apply to conor 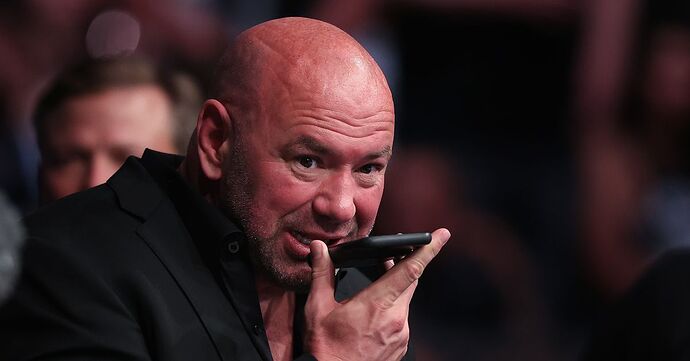 Dana White on Nate Diaz: ‘He probably should go on and fight Jake Paul’; Paul...

Dana White and Nate Diaz finally seem to agree on something.

“Look, I’ll have you know that if Conor can find a way to look great and get by Denis Siver in his return fight after being away for like ten years then he is next in line for a title shot at LW or WW because he will fight anyone, anytime because there are not many fighters like him out there. He wants to be a fuckin’ fighter, yeah that kid does” - Dana White

Imagine dedicating your life to this company. Blood, sweat, tears and brain trauma. You’ve made them millions. And then the boss shits on you like that.

I hope Nate slaps the shit out of Dana at his last weigh in. That would make the Paul fight even bigger.

I don’t think Diaz dedicated his life to the company at all. I think he dedicated his life to becoming a great fighter and getting paid as much as possible. If he thought he could get more money from Bellator, PFL, ONE or BKB he would have got released or not re-signed after his last contract. Its not like he tries to promote the UFC, he promotes himself, as he should. He has been one of the biggest critics of the company ever in terms of active fighters still fighting for them. Diaz fought for the UFC fulltime from 2007-2013, seven years. Since then he has taken 7 fights in 9 years and got paid more than 99% of UFC fighters ever because he became a big star after he got the Conor fight.

He has been up at WW for seven years and has never been successful there vs elite WWs. Half his time up there he has been fighting LWs without having to make the cut like the other LWs.

You said it yourself, 16 years now. Is “dedicating half your life” better?

Also if you’re a UFC fighter and you promote yourself you also promote the UFC by default.

Yes his record sucks but he is entertaining as hell and worth a lot more than a Makachev or whoever.

For every million Nate has made the UFC is making 10 million. They are giving him the platform I get it and he could go somewhere else but let’s be honest the UFC does have a bit of a monopoly, go to Bellator and you’re forgotten.

But worst of all it’s just fucking cheap to shit on fighters who are leaving the UFC. Devaluing them on their way out like some jealous ex girlfriend it’s dirty as hell and egg needs to be slapped for that

I agree that shitting on fighters on the way out is not all that great a practice on Dana’s part.

Not sure how much they are being devalued though, for example, Diaz is still gonna get the same boxing opportunities he would have got had Dana not said anything, Couture still went to Hollywood, Tito still got big checks that cleared in Bellator, etc…

Dana’s shitting on certain fighters at the end has a lot to do with narrative control in the media more than attempting to just devalue a fighter’s brand in the market. He is always trying to maintain the UFC brand and the future UFC events happening with its current top UFC fighters over anything happening with former top UFC fighters or any fighters who just left the company.