Dana White: I owe you one, Spike TV -- and you may have started a war 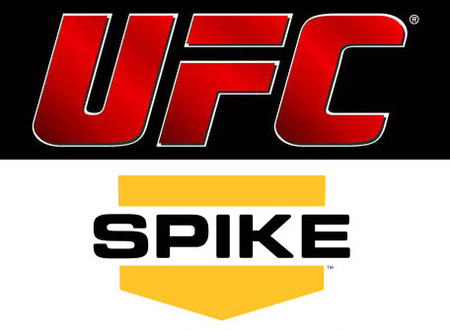 The UFC and Spike TV are in the midst of doing both, as each side jockeys for position in what is turning out to be a down and dirty negotiating period for the two scorned former partners in fights.

The world's largest MMA promotion became just that thanks to the network giving it a sweet time slot for the eventual breakthrough hit "The Ultimate Fighter" back in 2005.

The two have been joined at the hip ever since.

However, things change and partners grow apart, as has been the case here.

Recent reports showed that UFC was in talks to purchase its own channel, the G4 network, and would leave its contract on the table as soon as the current deal expires.

This has led to some posturing from the executives at Spike, who recently counter programmed an event, UFC on Versus 4, by airing a block of Octagon programming -- which ended up winning the ratings battle.

That was a kick to the sack ... and Dana White felt it.

It also may or may not have started a war as the President said at the UFC 132 pre-fight press conference today:

"They might have. We'll see. It is what it is. So, I owe you one, Spike. Negotiating is never fun and even though you're negotiating and are in good faith and all this stuff, you know, you're still giving some kicks to the balls here and there. Plus, the 'Wall Street Journal' came out and said all the things that they said about our negotiations, so I see Spike's side. What the 'Wall Street Journal' put out and what everybody's saying - none of that's true. People are out there speculating on what's going on. We have no deal with anybody. We're out there talking to everybody. So I don't buy into that stuff. When deals are done, and everybody does what they're going to do, then we'll see what happens."

To be completely fair, White also repeatedly stated that he would have done the exact same thing if he were in their position.

These things happen in contract negotiations.

But that doesn't mean he has to like it, especially considering Spike's insistence in airing the UFC 132 "Countdown" show at 1:12 p.m. ET on Wednesday.

But, while White heard it loud and clear and has put it in the old memory bank, he says no deal with any other network is imminent and continued with his stock narrative that "we'll see what happens."

seemed like a dick move but business is business.

They learned from the master, ala Silva/Irvin and Affliction Banned.

Sucks, I couldn't find the 132 countdown show on Spike so I have it set to DVR on HDNet

WTF is "airing a block of Octagon programming"?

Did they show old fights? And did those get more viewers than the live ones on Versus? Damn.

holy crap the UFC IS DONE!

Dana said in an interview that he would of done the same thing. no hard feelings about it.

"Did they show old fights? And did those get more viewers than the live ones on Versus? Damn."

They played an old UFN with Marquardt vs Palhares as the main event to sucker in people with Nate as the headline fight...LOL

I think that Spike might be writing checks that their ratings will soon not be able to cash! For some odd reason they beat the versus card with old UFC Unleashed shows but do you really believe if the UFC purchases and starts its own network that Spike will be able to compete? I think that most of Spikes programing ratings come from the UFC and T.U.F. shows. Don't get me wrong their are a bunch of Spike shows that I love, like Deadliest Warrior, their new show Coal, and Auction Hunters are some pretty good shows, but I just think that with MMA growing as a major world sport faster than anyone anticipated, and with the UFC's growing popularity around the world, Spike WAS in a prime position to have the best possible partnership with the largest and most successful MMA promotion in the world! That said I do understand the business side of things, the execs at Spike must have flipped their lids when they heard that the UFC was interested in purchasing G4, but everyone has known for a long time now that the UFC was looking for a network to call home, instead of having programing headaches with partnered networks. I just think that Spike might have started burning some bridges that can never be repaired, and if they think their going to win a turf war with Dana White and Zuffa, then I truly hope they will think long and hard before taking that route! Long Live MMA!!!!!
Jaesinn, Boston, MA

frederic - WTF is "airing a block of Octagon programming"?

Did they show old fights? And did those get more viewers than the live ones on Versus? Damn.

That's because not many people get versus, whereas everyone gets spike

LOL! Spike TV already slapped a year's worth of taste out of Dana's mouth by CRUSHING his live programming with reruns. Bwaha! This is the weakest trash talk since Rashad mumbled "is that all you got bitch" all the way to dreamland.


Do not fuck with The Nashville Network.

bryanand - "Did they show old fights? And did those get more viewers than the live ones on Versus? Damn."

They played an old UFN with Marquardt vs Palhares as the main event to sucker in people with Nate as the headline fight...LOL


Yes and I always just automatically DVR Spike when there's a fite and i started watching and went WTF is this?! Then when i finally found versus I missed the Mitrione fight. Sneaky bastards. But really it was called UFC on VERSUS, felt like a Jack Ass.

Anyone who gets 'tricked' in this manner should likely not own a television set.

Good to see Zuffa cop some of its own medicine. Sucked in!!!

Justinmacd - Spike really doesn't have a ton of leverage here. Aside from the UFC and TNA they don't have any popular shows.

After waiting a year, Spike finally has a new season of Deadliest Warrior coming up. It's awesome, so if y'all could hold off the fireworks till I get my show that'd be much appreciated.

Justinmacd - Spike really doesn't have a ton of leverage here. Aside from the UFC and TNA they don't have any popular shows.

they have a ton of leverage
they counter programed the last ufc with a re-run ufc and beat them in ratings.
I dont know why UFC is taking this gamble unless they have a mountain of cash to risk
they had a ton of advertising on spike--spike helped feed their PPV
Spike put UFC countdown 132 on at 1:30pm lol
how long is it going to take for even 50% of the casual fans to adjust to a new channel and how is that going to affect upcoming payperview numbers
all that so they can spend 600m on a TV channel that nobody watches?

that is a huge opportunity cost