Dems and Repubs Agree on One Thing: 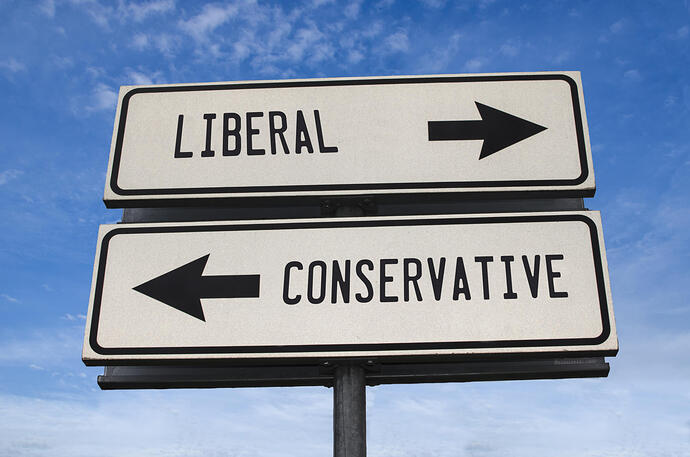 Democrats and Republicans agree on one thing: Retirement security is in jeopardy

More than 4 out of 5 American voters, regardless of party affiliation, believe that retirement security is a problem for the country, according to a survey.

Over 9 out of 10 say that Social Security “alone is not enough” to financially prop up retirees during their golden years, with Democrats and Republicans seeing nearly eye to eye at 92% and 94%, respectively.

“There’s a pretty strong bipartisan alignment, especially considering how polarized most economic policy issues are today when it comes to a political angle,” John Lettieri, Economic Innovation Group’s president and chief executive, told Yahoo Money. “[A] pathway to a secure retirement [isn’t] an inherently left or right political consideration. Just about everybody you ask says, ‘Yes, I want that for myself and my family.’”

I thought for sure they were going to say OP is a faggot.

Takes one to know one, you spandex wearing poof.

Social security is a huge ponzi scheme based on life expectancies much shorter than we have today, or something

My retirement fund is a Roth 401k that I contribute the maximum amount allowable in order to also get the maximum employer match.

I’m no financial genius, and I won’t pretend to be. I’m guessing today’s 700 point drop hurts private sector workers like myself more so than it does government employees who have a pension as their retirement fund.

Am I correct that this is another example of the two Americas? Where the private sector suffers as the stock market declines and the public employees don’t suffer because they have a guaranteed pension?

Or is that being over simplistic?

I cannot understand the idea of relying on a social program to support myself when I’m old.

I’ll take care of that myself, thank you very much.

It was a great program before the dems made it legal to use the funds for other things.

The chances that SS is not means-tested when I retire is roughly 0%. All that money paid in over 50 years for nothing.

It was a great program before the dems made it legal to use the funds for other things.

People need to make smart financial decisions and invest in 401K and similar. Everyone would rather keep as much of their money as possible but if you want to be financially secure when you retire, you need to be disciplined and invest. Personal responsibility goes a long way.

Agree. I was fortunate enough to work in a trade that offered very good retirement benefits. If not for that safety net, I would still be working and saving. I want nothing from our government.

As far as my retirement benefits I am a member of a very small Union. They have enough funds right now to cover every single members retirement in full, even counting apprentices with a long ways to go until retirement. It is not counting the money that those still working will pay in the future. For an apprentice that is a lot more paying he has to do. It is very secure.

When I still worked full time, I could get all the hours I needed for the year to count towards my retirement, and still take several months off each year to contract for myself. All the money I earned contracting was put into a retirement account of my own. I spent very little of it, as it was “extra” income.

I also mine part of the year and have for decades. I have saved the vast majority of all the gold I ever recovered…minus exactly 1 troy pound, which I sold to obtain new and more efficient mining equipment many years ago.

There are many paths one can take to being self sufficient, this is what I have chose. Relying on the government was something I realized that I wanted no part of a very long time ago. I count only on myself, for every damn thing.

I will never need “help” with my retirement, and I will never need rescued from one of my adventures. I count on me and me only, and I am always prepared as such. Always. Even if just going hiking in my back yard for a couple hours, which I do most days, I have whatever I may need on me, come what may.

I expect the unexpected at all times and am prepared to deal with it. I already have the skills and knowledge, as long as I have my gear pack for supplies, I am good for anything.

I treated my retirement and finances with the same outlook. I will take care of me and mine. Regardless.

Yes. The lower you buy, the more upside you have in the future.

You should be setup in a product which adjusts to decrease risk as you approach retirement.

“SS is going to crumble” has been a headline for as long as I can remember, & I am old. I don’t know that agreement means anything here; I have to figure that more than 50% of either group has little to no actual literacy in/insight into the topic & are just parroting a long held narrative. Same two groups seem overwhelmingly A-OK with infinite national debt with no supporting rationale, as far as I can tell.

Many public employees now have a 401k type of retirement plan, but they’ll have healthcare covered

Both parties fucked it over

They’re going to start rationing payouts, I think ss becomes in solvent in 10-15 years… it’s not going away but I be they’ll start pulling payments from high earners and trickle down to the middle class shortly after.

You don’t have any kids right? Lol. None of these systems are as reliable as family

I work for a county in Minnesota. I put 6.5% of my check into a pension, and my employer matches 7% into it. I also contribute $300 a check to a 457b roth, which is similar to a 401k, but with some added benefits. I also put 1% in forced Health Savings account. and i STILL feel like I won’t have enough to retire in 20 years when I am 60

None of that can match 7% inflation. No wonder you’re worried