Both can be done.

When the source is suspect, so is the substance.

He WAS a guilty piece of shit. Floyd is 6 feet under. And now our families are a little bit safer, thanks to the fentanyl dealer.

If all of this plays out to be true about this juror it will be a massive issue.

If Chauvin doesn’t get a mistrial we don’t have a working legal system in this country any more.

And I say this from a position that Chauvin was guilty.

Works for Governors near Washington DC.

What is telling to me is reading how the left here seemingly do not care at all about a political activist committing perjury to get jury duty so they can give their pre-determined verdict. How does this not bother everyone regardless of politics?

What is telling to me is reading how the left here seemingly do not care at all about a political activist committing perjury to get jury duty so they can give their pre-determined verdict. How does this not bother everyone regardless of politics?

Because they are radicalized “religious” fanatics who have no principles other than the ends justify the means. You might as well be asking why Mohammad atta was ok with flying a plane into a building on 9/11.

If you dont want to believe the printed words, fine, but the picture speaks for itself 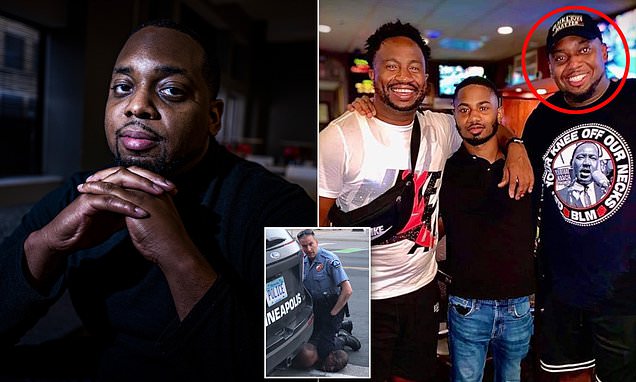 Is there really a question where this guy stood on the issue?

Is there really a question where this guy stood on the issue?

are you asking about the guy standing on someone’s neck

The thing is, what you consider drivel to suit your own minds view, doesn’t matter. Yes, good doctors were bought in, if you’d watched the trial you’d have seen that, a quick google of them will tell you who they are in their fields. All because some random forum member on here disputes that, doesn’t make it true. Add that to video from several angles showing that in their opinion by FAR the most likely cause of his death was the placement of Chauvins knee, and you have an open and shut case. Disregarding all the bullshit in the aftermath of what happened, this would have been a guilty verdict in any court, with any judge and jury in the world.

Your lunatic left are fucking idiots for potentially giving a guilty man a reason for a retrial. This is why we got pissed off at Tommy Robinson in the UK for standing outside the court of a horrible grooming group, they were guilty and gonna get long terms, and that fucknugget jeopardised it and risked a mistrial, just like Maxine has with this

There is no question this SHOULD be a mistrail for multiple reasons. Now it will enter a dangerous stage because not doing so means our legal system no longer functions as it should but also by doing so it will 100% create violence. Not good all around.

Enabled by liberal politicians, including the president, and the MSM who constantly preach about systemic racism.

No one fucked Chauvin but Chauvin. May he rot in piece in prison.

Look. If you love Chauvin so much go visit him in prison and send him love letters. The piece of shit is going to rot away there for the next 40 years.

Look. If you love Chauvin so much go visit him in prison and send him love letters. The piece of shit is going to rot away there for the next 40 years.

Of all the things I see on this thread, love for Chauvin is not one of them.

We have legal rights and legal processes for a reason.
It sets us apart from from the dictatorships and commies in other parts of the world.
Day comes when it’s you on trial… and you’ll be thankful for those rights.

Watch what happens if/when Chauvin gets a new trial. The liberal politicians will be right at the front of the line, calling it an injustice and inciting their sheep.

Except the most important witness for the prosecution, Tobin, claimed something absolutely positively absurd, that Chauvin’s knee would have killed a healthy person, and this claim was a pretty important part of his testimony.

All that education, and he apparently believes something that fucking stupid.

rather, we laugh at retarded juvenile conclusions like “committing perjury” and openly hoping for a mistrial, as the OP did.

the T shirt in particular is a really bad look as it refers to the case specifically. but the questionnaire asked specific questions. should anyone who has ever participated in an event commemorating martin luther king be ineligible to serve on a jury where a black man is the victim and a white man the accused? of course not. the article in the OP doesn’t come CLOSE to accusing “perjury”.