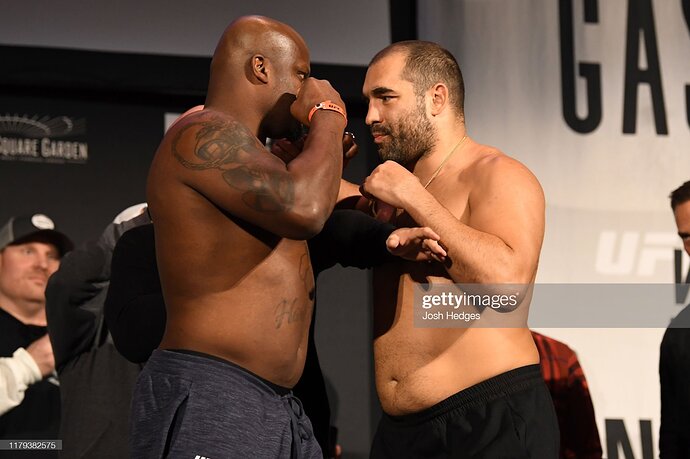 Lewis is overdue for a big win.

Lewis, just for the interview.

How do you beat a man with 2 belly buttons?

I hope it doesn't go long enough for hot balls.

maybe Derrick’s balls will get hot and he puts some extra sauce on his swings.

I got the old school 1930s Russian baker

Ivanov needs to make this a technical fight and tire out Lewis and to take this into the later rounds. Otherwise he could be going to sleep.

If Blagoy wants a sure win he should stand atop a filght of stairs.

I do think the BB takes this though and I look forward to the post fight interview.

Lewis thrives in these gritty fights. I think he gets the finish eventually.

Lewis is just so fun to watch. The only flaw on his fun meter is the one fight that should have been the most fun, turned into the worst fight in UFC history........vs Francis!