Put a bunch of a gay shit in your movie this is what happens.

I made a thread about this before

At what point do shareholders start suing?

who would have thought that catering to the .5% who care about this shit and are inherently devoid of disposable income because they are life-losers would have been a bad market strategy?

The board is probably compromised

This is sort of what’s vindicating the tin-foil hat crowd…Disney, a corporation with the presumable purpose of generating profit…continues to put this stuff out that time and again, for many years now, falls flat on its face finanically. They know it’s not profitable (don’t talk about Star Wars or Marvel b/c people watch that shit regardless of any Social Justice crap and the fans aren’t asking for it) yet they continue to push it…

But they are still making money. Just not as much as they projected.

Did this need a whole new thread?

Just not as much as they projected.

I was at Cheddars with my kid for lunch and he was doing the trivia quiz on the little table tablet. One question was who won last season of Ru Paul’s Drag Race? I’m like WTF!! Crazy.

I don’t really care who buzz lightyear fucks or doesn’t fuck, neither do children, I’m not sure why Disney is constantly trying to shoehorn it into their programming.

Actually, nevermind, I know exactly why. 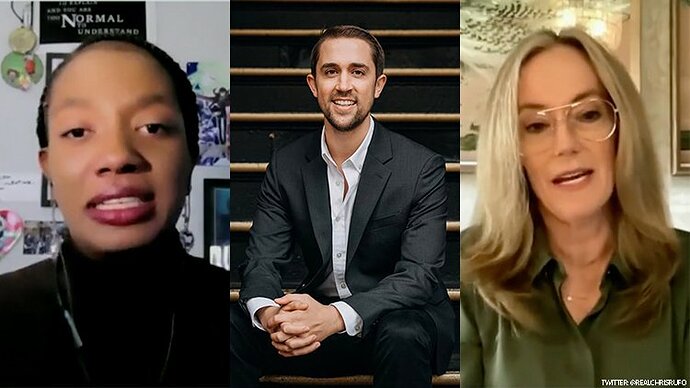 Conservatives have been slamming the footage online.

Put a bunch of a gay shit in your movie this is what happens.

I think I read it cost somewhere around $300M to make. An $80M - worldwide - opening has got to have people in the C suite concerned.

“I’m here as a mother to two queer children actually, one transgender child and one pansexual child"

What a failure/criminal of a “parent”

Saying there’s 0.5% that genuinely care about it is being generous. I think the number is even smaller.

Disney deserves it the CEO has to go, and has still not been removed yet. They want a shot, and I don’t think they have one, they gotta drop the boss now.

Movie is a success. 80 mildo is a lot
Of opening weekend money