Do nunchucks work on the street?

Nunchaku, or as they are colloquially referred to, nunchucks, are a traditional Okinawan weapon based on a wheat or rice thresher; it’s basically two sticks connected by a chain or cord. They became a very popular martial arts weapon after Bruce Lee famously used them during a scene in the award-winning documentary, Enter the Dragon. 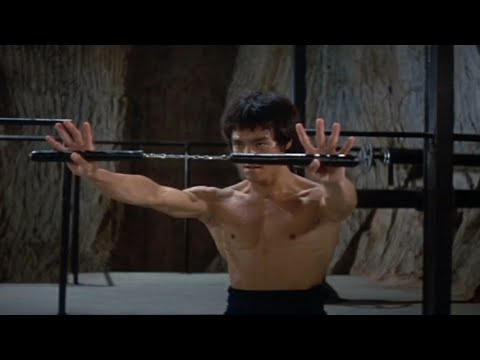 But are they an effective weapon?

Putting Nunchaku to The Test

In this video from 1985, we see a real-life nunchaku championship bout. The nunchucks are made from duct tape over foam over garden hose, but still, these guys are really whacking each other.

Though both participants are wearing headgear, it doesn’t look as if they have any sort of body protection on, so these guys were likely covered in welts after this bout was over.

Though there is no finish, one guy clearly got the better of the other, landing the more effective blows, as well as avoiding his opponent’s shots, and is therefore declared the winner. Note: the rules do not allow striking and takedowns, which would add a degree of realism. 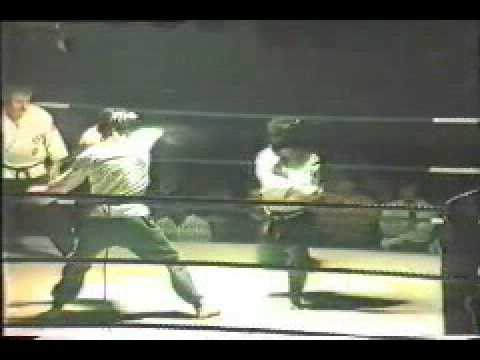 The sport didn’t die! Here’s a championship from 2009, and the skill level appears to have improved. 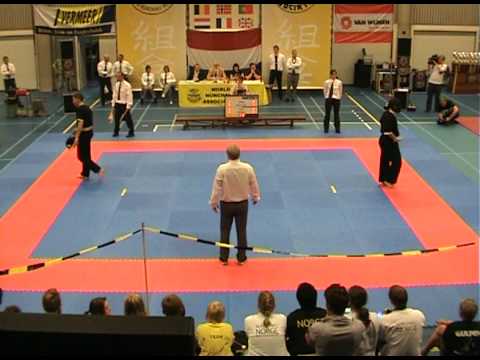 And it turns out that nunchaku championships are still going on. Here’s a highlight from the 2018 worlds. It looks like two guys snapping towels at each other, but less dangerous, and less exciting. 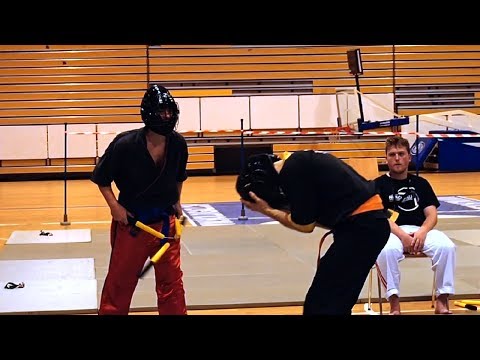 Nunchaku are very effective at looking cool in movies and during demonstrations. However, in a sport setting, it reminds of nothing so much as two irate old ladies swinging their handbags at each other.

So what about the street? Nunchaku being used on the street have been captured on cell phone and security cam.

Watch the man in center screen who bends over to pick his hat up. He has a nunchaku, but is stopped by two hapless kicks, and a solid straight. Despite his retaining the ‘weapon’ the other man walks after him, intent on fighting further. 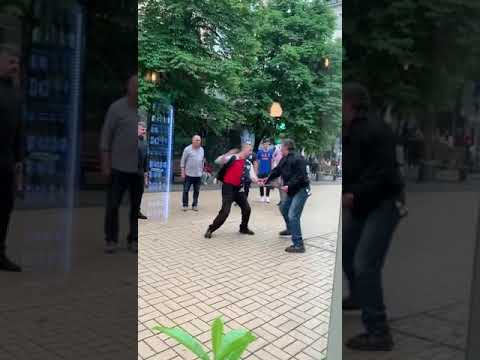 This time the stakes were potentially lethal - it was machete vs nunchuck. A man holding a twirling nunchaku faces a man with a machete. After a couple of strikes, the nunchuck becomes a one-chuck, which is essentially a none-chuck.

He retreats, appears to be struck once, and falls, which could be fatal in this context. The machete wielder drops it, giving none-chuck time to retreat, alive, but apparently injured. 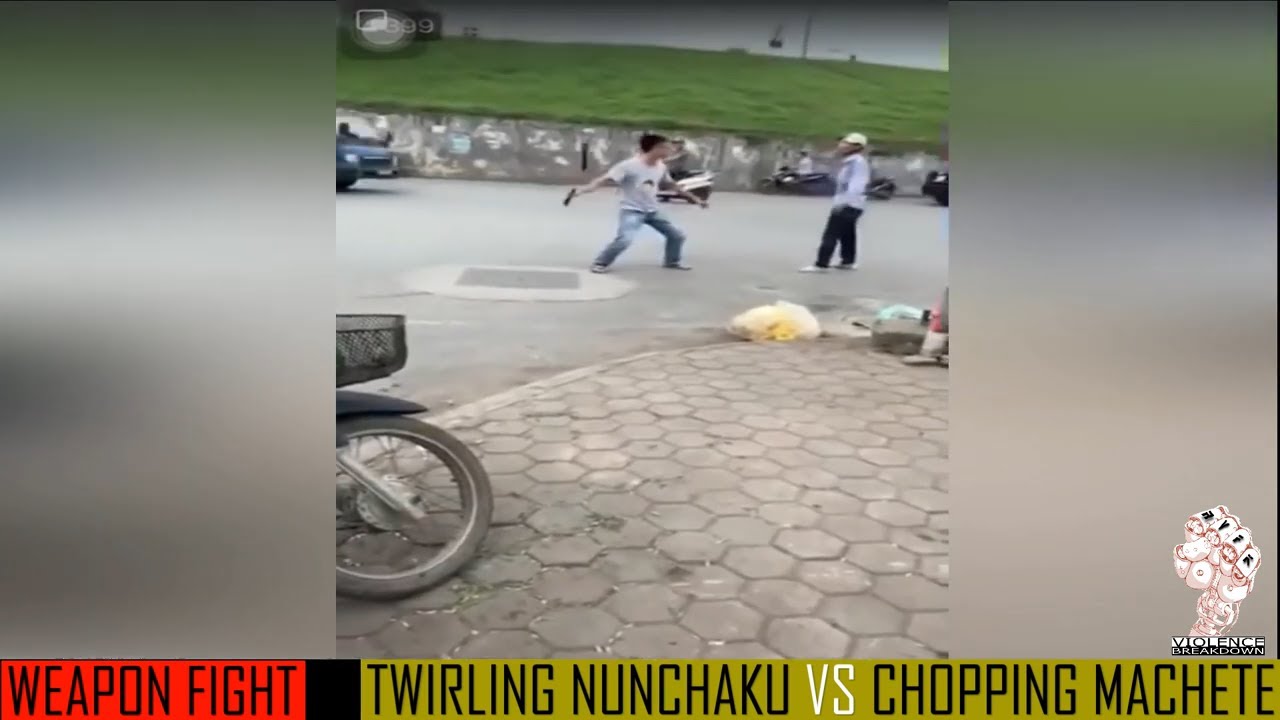 And there is one inviolable rule for nunchaku - never flip while using them, no good will come of it. 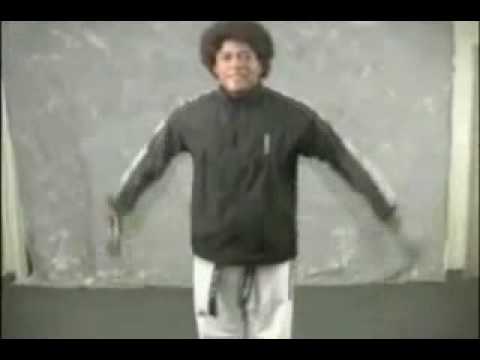 So the bottom line is, no, nunchaku have not proven to be an effective weapon for personal protection. But they look awesome. And to quote the great Fernando Lamas (with tongue in cheek), “It is better to look good than to feel good.” Don’t you agree?