Do you think it's possible that we had technology that was lost?

I love this kind of shit. I have most of Graham Hancock’s books. A copy of serpent in the sky by John Anthony west.

I watch all those “unearthed” and “mystic Britain shows”. Supper interesting and science is really advancing the field of archaeology. My background is in molecular biology so I have a bit of a handle on genetics. Amazing stuff.

Anthony West was awesome! He knew his shit… I’d love to have had his career/life. Imagine getting to explore and check out all those Ancient Egypt places… I couldn’t imagine how happy that would make me.

Haven’t checked in a day & this thread doubled ffs

That’s cuz I’m super cool… and I’ve had a lot of free time the past few days after finishing writing up this big paper for a class. 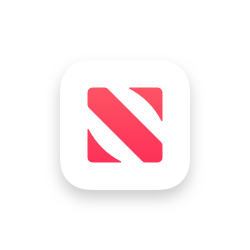 A 3,000-year-old ‘lost golden city’ has been unearthed in Egypt — Editors' Picks

Archaeologists say the discovery in Luxor could be the most significant find since the tomb of the boy king Tutankhamun.

BTW it’s through apple news, I don’t have that. I just googled it though. cool shit.

Was lurking in this thread when I couldn’t sleep last night. Generally not into this stuff, but it’s certainly a fun read and I hope it keeps going. That newly discovered city looks really cool, hope we get some more info

Cut and paste from a different source:

Egypt announced on Thursday the discovery of what it termed the “Lost Golden City” in the southern province of Luxor, with one U.S.-based egyptologist describing the find as the biggest archaeological discovery since Tutankhamun’s tomb nearly a century ago.

Archeological discoveries are seen in Luxor, Egypt, in this undated handout photo.Zahi Hawass Center For Egyptology via Reuters

The mission’s original target was to find a mortuary temple of King Tut, whose tomb was discovered in Luxor’s Valley of the Kings in 1922, but they instead excavated parts of an entire city.

Skeletal human remains sit in the archeological dig site in Luxor, Egypt, in this undated handout photo.Zahi Hawass Center For Egyptology via Reuters 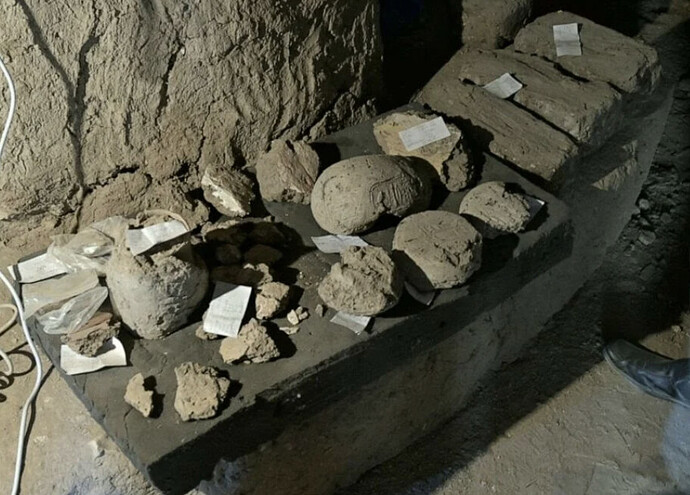 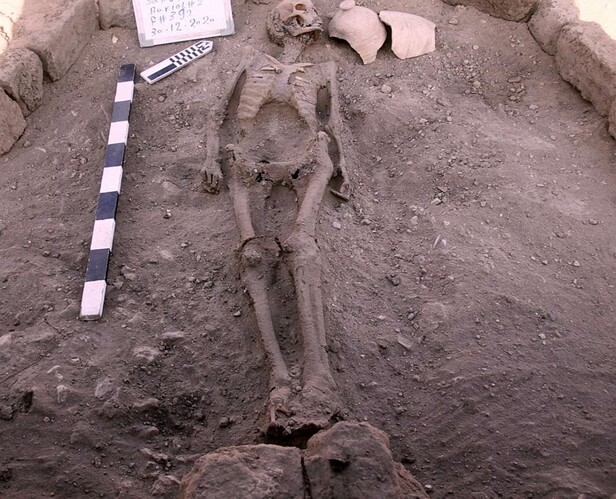 ya’ll know the pyramid is 8-sided btw? It only happens on like two days out of the year, and I can’t remember which two they are. Hell it could only be one. The Sphinx has a hole on the top of its head too.
Those motherfuckers were smarrrrrt. How you gonna build an 8 sided pyramid with just using wet sand and some copper?

Could it be the equinoxes or solstices?

There ya go, that sounds right.

Lots of ancient cultures seems to have had a decent understanding of celestial movement.

Lots of places have been built where the soltices come into play.

which should mean that they settled in a certain place for long period of time right? Wouldn’t they need markers since they didn’t have anything digital, unless they had calendars they marked down. Just seems they’d have to of settled a location for LONG periods of time to understand.

Egyptians seemed to follow a helical calendar based on the rising of Sirius and it was accurate to the modern day calendar to a quarter day I believe.

It was a celestial event that would occur yearly. Would have to have been around for awhile in-order to begin to notice that I would think as well

Crazy shit. Man, I think the Egyptians re-discovered ancient egypt and tried to erect those other 2 pyramids in the great pyramids honor type of thing. But I wonder how cool that place would’ve been, to see it all when it was put together and nice. White marble casing stones, big ass triangle at the top made out of gold and silver. The sphinx all done up… they had to restore it a few times.
You wouldn’t even think of it, but you’d be seeing something that us, in the future, would have no clue how it was accomplislhed with such shitty tools and stuff. You’d just be thinking about what you were gonna catch for dinner.

We need to protest for a time machine to be built so we can all travel back in time and watch it all being built.

I read a book, “Shipstar” that had an interesting proposal.

That the dinosaurs had 200 million years to evolve and became a technological society. They left Earth in a massive ship that used a star as its power source. The star was a smaller binary with Sol.
They left because they knew that the Earth was going to be hit by multiple asteroids, wiping the surface of the Earth clean.

The point is that there was A LOT of time before modern man came about.

Wait what!!! Bro… Everyone knows the Earth is on a couple thousand years old…

I think it’s more likely that we had evolved, developed certain skills and abilities and then got wiped out by a meteor/comet and we have had to start from scratch.

Once they date the impact crater in hiawatha history can change dramatically. If they can absolutely say that 12,900 years ago a comet/meteor hit. It honestly makes all the tall tales of the Bible much more believable and shows you how it was originally stories just used to transfer historical events from generation to generation then got hijacked and turned into religion