Does Cormier count as an A-level athlete?

He was recruited to play football at LSU and was All-State in HS…in Louisiana.

I would assume so. This isn’t even to speak of his accomplishments as an Olympic and professional MMA fighter. For the sports that he partook in, he was about as A-Level as it could possibly get.

Imagine if he wasn’t fat.

The point I’m making is that some people have the stance that A-level athletes don’t do sports like MMA and wrestling if they have the option to go into more lucrative sports. Being All-State in a state as football-talented as Louisiana and being recruited to go to LSU says something about his athleticism being on par with that of guys that were of NFL-caliber…

I would say anyone that quals for the Olympics in a physical event, especially one with the level of competition wrestling has, is an A level athlete.

I too, would agree. However, I know the point has been made that all the A-level athletes - at least in the U.S. - are playing one of the big 4 sports…

Yes no doubt. He was an Olympic alternate and gave Cael Sanderson a run for his money in 2001. 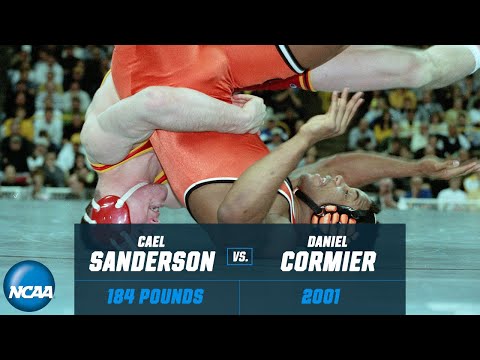 IMO those people would not be seeing the big picture of an A athlete. But if that is the definition (not mine) then i guess not. 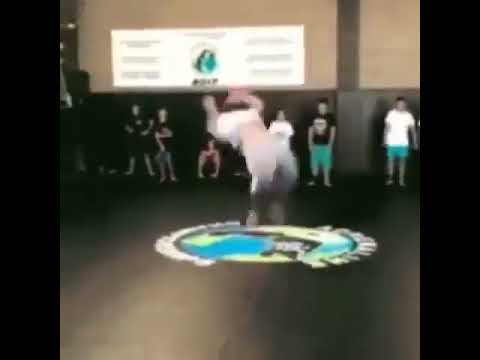 Daniel Cormier is doing a Backflip

Would you consider Muhammad Ali an A level athlete? Ot Floyd or Canelo? GSP, and Anderson? Mary Lou Retton or Usain Bolt? I only ask because none of them played one of the big 4 team sports, but there are a lot of A-level athletes who play individual sports that the best athletes in the big four would look foolish competing against.

Depends who are we comparing him to and what activities would be in the assessment process?

Compared to someone like Lebron James doing athletics, he wouldn’t be on the same level.

But, IMO in his field, he is an A Level Athlete, he reached the highest level in MMA.

What can Lebron do outside of basketball? I’ve never seen him apply his athleticism off the court, but that’s not to say I haven’t missed something. I know I’ve seen him flop like a soccer player at times, so I suppose there is some crossover there.

Check his wiki if you don’t know much about his career.

This is a no brainer.

Take Steve Neal for example. Wrestled his whole life with goals of making it to the Olympics. After he failed to make the Olympic team in 2000 he tried out for the New England Patriots with minimal football experience and made the squad. (Making him one of the few NFL players in history to make the NFL with zero college football experience). And guarded Tom Brady for 4 Super Bowls. 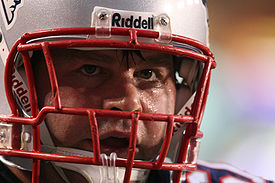 Stephen Matthew Neal (born October 9, 1976) is a former American football guard who played his entire career for the New England Patriots of the National Football League. He is a former world champion in freestyle wrestling, national champion amateur and collegiate wrestler at Cal State-Bakersfield. He was signed by the Patriots as an undrafted free agent in 2001, and won three Super Bowl rings with the team. He is one of a handful of NFL players who did not play college football. Neal attended ...

Plenty of examples of failed wrestlers transitioning to other sports and making it professionally and dominating. I’d say wrestling is one of the top 5 most competitive sports on the planet.

If an A tier athlete like Steve Neal (who casually walked into the NFL without trying) couldn’t make the Olympics after wrestling his whole life then I would have to consider every Olympic wrestler to be an A tier athlete.

When u read the stories of Brocks brief pre season in the NFL the players on his team regarded him as a vastly better athlete than them. And he’s no football player. Just a ufc champ. I’m guessing that rolling with DC must feel like getting raped by a bear

Depends if this is an accurate metric to go by. If you put any CrossFit athlete, American Ninja Warrior champion, or Olympic gymnast in fight with him, he tears them apart with his bare hands. Cormier is affable and goofs around, but he’s a stone cold killer with world class skills and toughness in some of the hardest sports that exist, with decades of proven results.

If athleticism is based on something like an NFL combine metric, then no, I guess he wouldn’t be.

This is an awesome match. DC made one slip up but at one point it was 5-4

The man that can power clean the most weight is the most explosive(fastest) over the shortest distance.
The man with the best marathon time I see as the best endurance athlete.
Imo the best athlete is a division between those 2 extremes, pretty much leads u to a decathlete. Mma fighters & wrestlers would do well as athletes where the time allotment 5-20 minutes.
NFL athletes explode for a few seconds.
They are very explosive but not the most.
Nor are sprinters.
I read about a test done at the 2008 or 2012 Olympics where they had athletes in different sports race over 10 yards.
The sprinters didn’t win. The weightlifters & shotputters won.
It’s really pointless to speculate on a mans athleticism without defining the time.
I imagine over a 10 minute period that a wrestler like DC could expend about as much energy as anyone.
But of course his ability would be limited at a marathon, sprint or weightlifting.
He’s an amazing athlete for the demands of his sport. On the other hand.
He’s fat.