“Don’t say gay” bill. Explain it to me

I really don’t see what the big fucking deal is here. The bill basically says that schools/teachers can not discuss sex/sexual identify/sexual preference etc to students in Kindergarten through third grade.

How the fuck is that controversial and what sick fucks are pushing to talk to 5 years olds about sex?!?!?

Seriously, what the fuck am I missing?

Also, the slimy fucks that have branded this the “Dont say gay” bill in order to sway public opinion of those who wouldn’t take two seconds to Ed educate themselves on what the bill actually says are the lowest of the low. Fuck those people and fuck anyone that wants to converse with toddlers about sex or sexual preference.

Ok, so seriously, am I mischaracterizing the bill, or just completely missed how this is an affront to gay people? What the fuck am I missing here?

You broke rule number one in your title. Nothing else to say.

Should be called the burn all fags law

It is about putting parents in charge of their kids lives. The people outraged don’t like that because they want to condition kids to accept deviant lifestyles.

It’s a hate crime in the form of a bill.

In reality the teachers can still talk to kids about gay staff but it just can not be a class teaching program. So the bill does not go far enough.

An example a male child in kindergarten can still walk up to the teacher and say I love the color pink. The teacher can still explain about transgenderism. Also they can still hang their gay flags or whatever.

A step in the right direction but not near enough imo.

In all honesty, time to rattle the schools. We may as well go down with a fight.

I don’t care how many teachers say things are fine with they way they teach, but no. There are problems.

Hey, remember when the Chauvin thing went down and every cop was suspect? This should stand for every single public servant, especially those in care of our children.

No sex should be taught in schools, outside of perhaps a sex Ed day like has happened in many schools in the past. Basic. Biology. Not feelings and urges, and NOT TEACHING 6 YEAR OLDS HOW TO BEAT OFF. Shit like this is in the works.

This, to me, sounds like a very proactive, let’s cut the shit kind of common sense bill that should just be standard.

People in this country better speak the fuck up. I’m bringing that other og story about publishing full transcripts online in advance of school year. Like it. I’m bringing it to a school board meeting today, and I will ask about this as well.

Get active guys, this country is going down, if you have an opinion get your hands dirty and start talking to people (like school boards). Go to the meetings.

It is not. That in itself is gay. You should go be embarrassed with yourself. Hate. Troll elsewhere. If you have a son that is a poof, I wish him the best. I really do. I’m good without paying for that instruction.

Parents can be parents. Teachers are not parents.

Fwiw if a teacher pushed on my kid, things would happen. I’m sure I’m on about 900 lists by now.

There is no slippery slope.

We just want you to bake a cake. 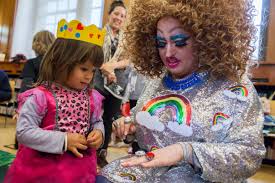 Lol … I was just fucking around. Relax.

Sometimes you have to lay the sarcasm on a little heavy on the internet.

There was a just ghey overload lately, and a lot of it is toward kids, which is fucking strange. So it’s a heated time right now w school boards.

Absolutely hot about issues we have right now. Believe me dude, glad you are joking, but there are a lot that are not. Got a kid in the crosshairs age wise, so sensitive subject. I’m a bit protective, can’t believe the shit that has happened in past two years.

I don’t now what is going on in schools, but it seems that, in some places, according to some people, a horde of activists posing as teachers have invaded elementary schools and their primary goal is not to educate, but to indoctrinate kids into transgenderism, queerness, etc. I kind of find that difficult to believe, but my kids have long since left elementary school.

I did just start listening to this podcast on the way to work this morning: 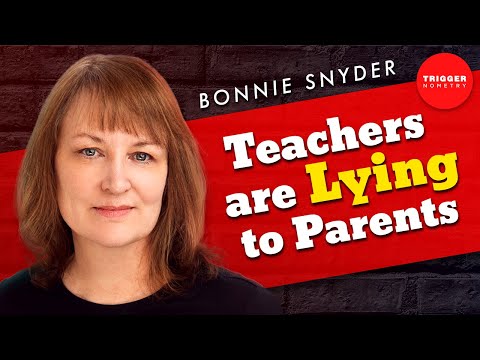 Hey, remember when the Chauvin thing went down and every cop was suspect? This should stand for every single public servant, especially those in care of our children.

Seems like a lot of work for a system which is mostly useless, besides its utility as a tax-funded daycare service.

The only reason it still exists is because parents were indoctrinated within the same system and they CAN’T or DON’T WANT TO take care of their own kids.

What else are we trying to salvage here?

How the fuck is that controversial and what SICK FUCKS are pushing to talk to 5 years olds about sex?!?!?

You answered your own question.

all of them are graduates of lefty places/programs like NYU and Oberlin (big red flags), they are all part of the democratic arm known as teachers unions, etc.

one of our kid’s former teachers was a terrified queer about the masks and covid and would preach her nonsense disinformation to the 4th graders
this same teacher mentioned to them that , in the past, she co organized “a gay club” for 6th graders

i knew something was up with this teacher and we looked her up…sure enough, she has public pictures of her attending the womens pussy march, pro abortion rallies, holding anti republican and anti trump signs, etc… she is an actual LEfty Activist and was literally trying to slyly indoctrinate the kids with her lefty ideals

i never realized it, depsite hearing it all my life…how bad public schools really are and how they are indoctrination sites

These people are fucking cowards, that’s why they do it under cover. They need to be stood up to. We all gotta do some part, especially if you have kids.