Just got done putting myself through the torture of watching that shit. Couple of points

Marvel hasn’t made a decent movie since the first Avengers imo.

Just tried watching it, made it a whole 3 minutes with them being sounding like Scooby Doo and Shaggy being chased…Im out!

why does op hate latinos?

Black Panther is the only Marvel movie worth watching.

I should have checked my privilege.

Peaked at Infinity War/Endgame. It’s been going downhill since. Dr Strange was a HUGE disappointment.

They had the dumb lesbos with America Chavez strange character but I didn’t see much woke stuff. Just a movie that failed to execute.

Still haven’t watched it. It’s a bit cringe to me tbh. Black Panther is one of those characters that should probably be more forgotten about then celebrated. It was created back in late 60’s and I never thought it was a very good look for black people in general. The association with apes is of probably the worst offenders of this. Having them throw spears is another. I could be being too sensitive about it. But I’m being honest.

I don’t have an issue as much with the character in modern times as I thought Marvel sort of agreed and stayed away from his origins but then came the movie. I just didn’t see anything in there remotely worth celebrating as any type of hero to black people.

I bet the new Thor is shit.

Did the 3D one have a different script and actors? Maybe I should see it.

Did you maybe mean that Falcon & Winter Soldier thing instead of Captain America?

The last Spider-Man movie sucked too. The Suicide Squad was pretty watchable though.

American Chavez IS the woke stuff. If you read comics. The fact she is even in a Marvel movie is absurd. Her creation is purely of agenda and has nothing to do with liking or wanting to like superheros/comics. This has been made ABUNDANTLY clear by her creator. She could have been a decent character if not for this fact. But it’s really the only thing about her. She’s one dimensional and the comic flopped for it. Badly. She debuted in 2017… yeah just 5 years ago. Did so poorly I don’t even think she made it a year before it was cancelled for being shit.

They toned her down for this movie because her backstory is trash which is why she really didn’t have one in the movie. Which made her even shittier for the film because she becomes sort of like a throw away. Not that she had potential in the first place, it’s just a strange way to go about writing the script. There was literally no reason she needed to exist.

They also pissed away introducing X-Men with Xavier, Inhumans and the Illuminati in this film too. More story lines we can pretty much flush. 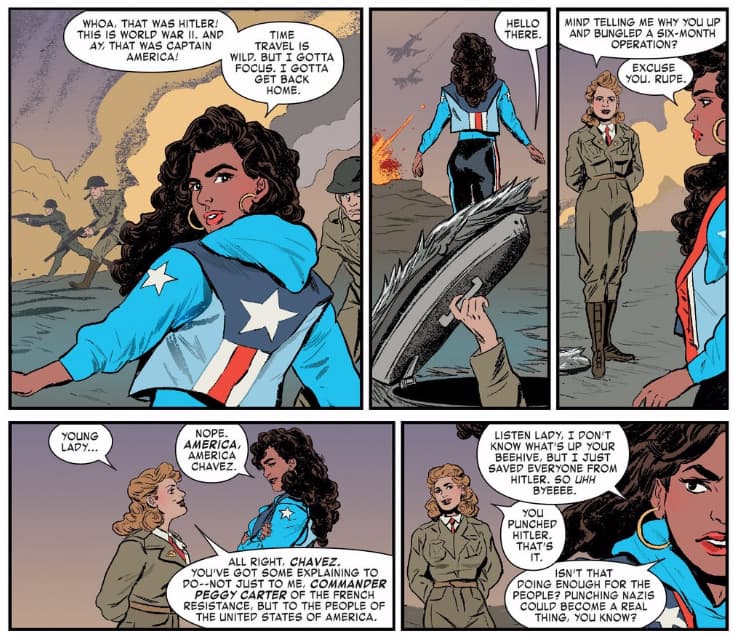