This is a cartoonish view of the world.

It is a little bit. But nonsensical conspiracy theories often end up being more true than false.

It wasn’t that long ago the idea of some eccentric billionaire who owned a secret island where he flew in Presidents and heads of state to fuck kids, video taped it, then black mailed them for what was likely the CIA and/or Mossad would be complete fantasy. Yet here we are.

The facts that nobody wants to admit. Like how goddamned dumb does a person have to be to think that politicians are honest? 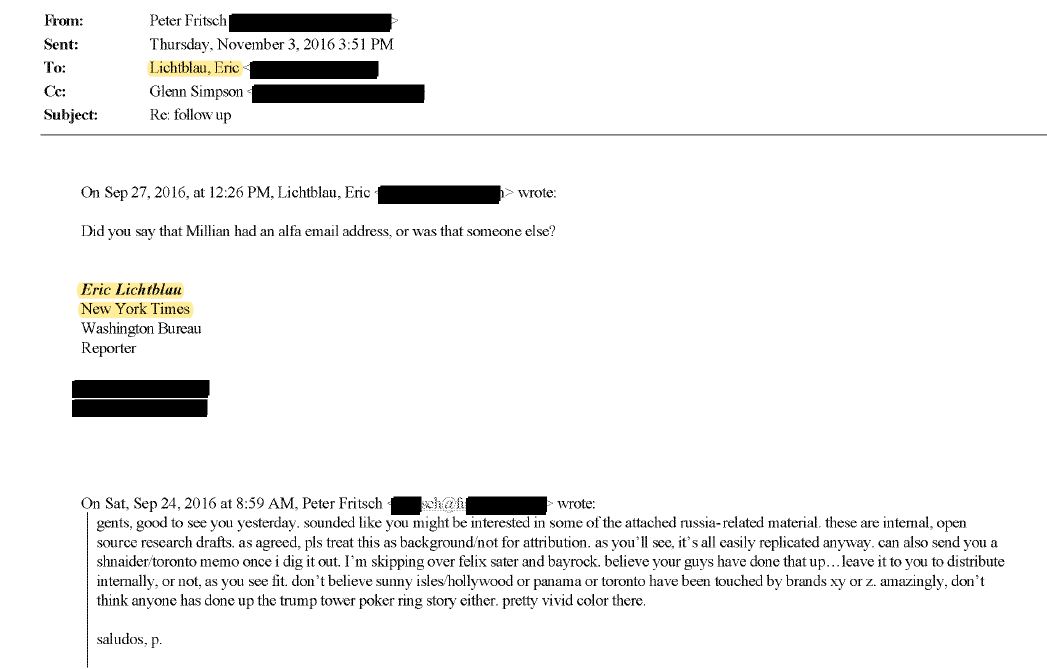 Again the whole irony… What a failure of a plan

Over time, the F.B.I.’s interest in the possibility of an Alfa Bank connection seemed to wane. An agency official told Lichtblau that there could be an innocuous explanation for the computer traffic. Then, on October 30th, Senate Minority Leader Harry Reid wrote a letter to James Comey, the director of the F.B.I., charging that the Bureau was withholding information about “close ties and coordination” between the Trump campaign and Russia. “We had a window,” Lichtblau said. His story about Alfa Bank ran the next day. But it bore only a modest resemblance to what he had filed. The headline— “investigating donald trump, f.b.i. sees no clear link to russia”—seemed to exonerate the Trump campaign. And, though the article mentioned the server, it omitted any reference to the computer scientists who had told Lichtblau that the Trump Organization and Alfa Bank might have been communicating. “We were saying that the investigation was basically over—and it was just beginning,” Lichtblau told me.

I’m sure they wanted that to happen… I mean Simpson and the group were trying to get any reporter to push the story.

I mean Simpson and the group were trying to get any reporter to push the story.

And, had they not gone to the FBI and supposedly committed crimes in doing so, the stories would all have run without the headline “debunked connections between Trump and Russia”.

Hopefully the jury is as utterly as irrational as you and Durham to think that your theory makes any sense whatsoever. “I desperately want this story to run! So I’m going to go to the FBI and give them a heads up in case they want to squash it! Also even though I’m a lawyer I’m going to commit a crime by telling them an utterly unnecessary lie!” 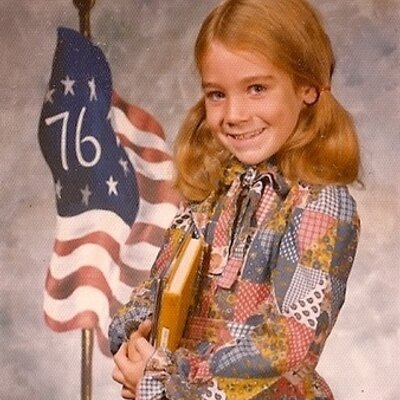 @emptywheel
(One of) Durham's problems is that Sussmann had explained, way back in 2018, that he had helped the FBI kill the NYT story into the Alfa Bank DNS anomaly. This evidence he didn't bother to look for before charging Sussmann shows that Sussmann did!

Anyone care to post where he claims to have killed it?

I mean why double down and go to the CIA after the FBI debunked it?

Fusion is literally trying to push the story in like 3 different outlets… Yeah let’s get the FBI a heads up and then feed it to as many outlets that would consider it possible.

Meanwhile the FBI, CIA, and even journalist cyber guys don’t trust the “solid data” that had the experts concerned lol

I mean not a direct connection… Just an inference

Youre an npc. Youre unoriginal. Youre a bad troll. And u repeat urself over and over.

Uve accomplished nothing. Youre insignificant

We know if this is being televised? 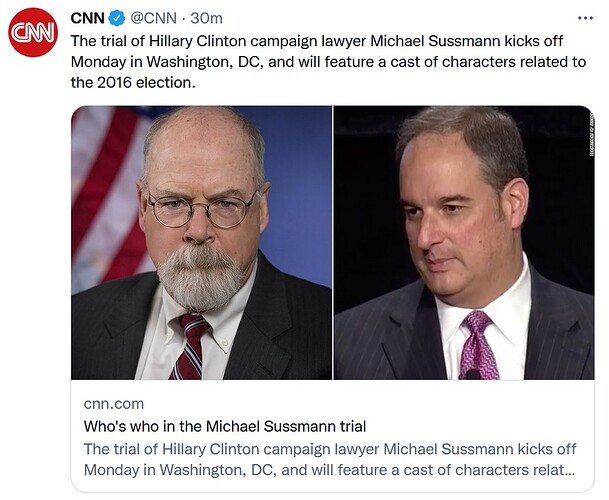 Doubt televised but there may be a call in line of sorts. Not sure.

Monday they just start the process of jury selection.

Go back to 8chan you fucking dweeb

Interesting that this is your belief system, because it shows in all of your posting.

Triggered…. Must be a debunked Russia collusion guy holding on…. You waving your rainbow Azov Ukraine flag??

“The strategy, as the government will argue at trial, was to create news stories about this issue, about the Alfa Bank issue,” Andrew DeFilippis, a prosecutor for Mr. Durham, said at a recent hearing. “And second, it was to get law enforcement to investigate it; and perhaps third, your honor, to get the press to report on the fact that law enforcement was investigating it.” 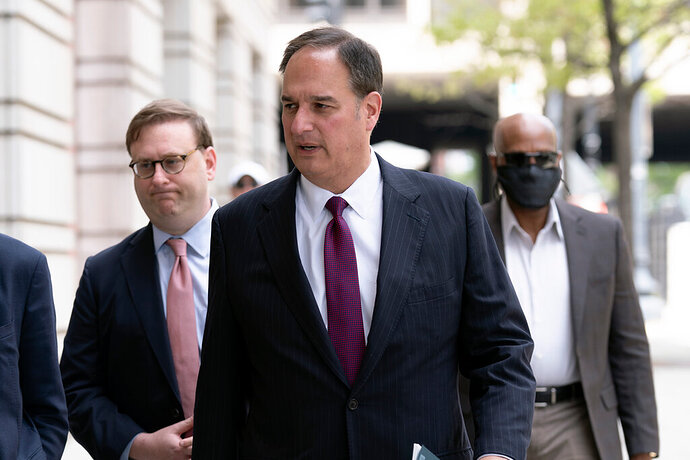 The first case developed by the special counsel, John Durham, involves a lawyer who is accused of lying when he shared a tip with the F.B.I. about possible links between Donald J. Trump and Russia.

The strategy, as the government will argue at trial, was to create news stories about this issue

Nothing wrong with that

And second, it was to get law enforcement to investigate it

perhaps third, your honor, to get the press to report on the fact that law enforcement was investigating it

Nothing wrong with that and also lol @ “perhaps”

Goes against everything single thing you said.

And I mean just about all things Russia

But then again it’s not your thoughts you are just repeating emptywheels thoughts as I shown with her tweet.

@emptywheel
Unlike WaPo, CNN didn't MISQUOTE a key text from Sussmann's trial. They just got it off. They didn't include, "want to help the Bureau." edition.cnn.com/2022/05/16/pol… https://t.co/RfIdMKeGl7

@emptywheel
That's important bc CNN leaves out several key details in this representation, most notably FBI quashed the story WITH SUSSMANN's HELP. That Sussmann helped is important (among other reasons) bc it is the likely way FBI learned, by September 21, he did have a client. https://t.co/2gF0nm5Eau

Just because the FBI asked them to withhold doesn’t mean that is what he went there to tell them. Probably why they had to scratch out NYT in their notes. Sussman probably said NYT approached him lol

It doesn’t go against every thing I said, it wouldn’t make a difference it if did because none of what they claim is illegal, and one of those things they clearly can’t even prove as indicated by “perhaps”. Whoops!