Can any of you recommend any instructional DVDs for learning how to play guitar, especially electric guitar?

sorry man I tought myself

There should be a ton of free shit on the internet, good luck.

Damn no forum bros to the rescue, wtf?

From my experience dvds are usually too basic or too advanced, so I can't
really recommend anyhting.

If you have a specific style you want to learn there are tons of beginner
rock/blues instructionals out there, but for learning the basics I would say
take a few lessons to avoid learning any bad habits and make the process
a little more painless. Once you know how to hold/strum/hold the pick
and a few chord shapes you should have a better idea of what to look for.

If you have cable tv, look for the "guitar express" stuff on the free on demand portion.

You have to have some skill, but they break down songs into very learnable packages for beginners. Luther Dickinson from the North Mississippi All Stars does most of the instruction - and he chooses really good songs to learn.

I've been watching a lot of stuff on the net to get ready for the arrival of my electric, since I've only ever played acoustic.

On youtube you can find a lot of the masterclass videos and a few other instructionals, but as DasBeaver mentioned they are usually too basic or too advanced.

So far, the best vid I've watched has been one by Warren Haynes of Gov't Mule and the Allman Bros. It covers the evolution of blues styles, but what I really liked about the vid was his demonstration of a variety of attacks for the same basic licks, with a real empasis on the nuances of sounds that you get from bends, hammer-ons, pull-offs, etc.

Another interesting thing about this video for the slide segment is that he explains his reasonings for playing in the standard tuning, as opposed to using open e like a lot of folks.

I was able to find the vid on demonoid, but Amazon also has it. 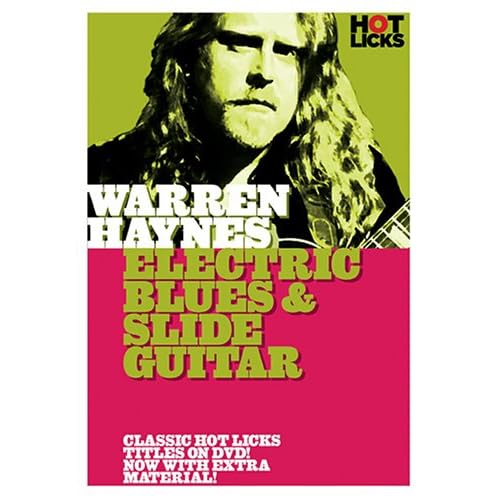 Tourist, I saw NMA at Lee's Palace and sat about 15 feet in front of Luther the whole show. It was the best guitar lesson I have ever had. I don't think my eyes left the fret board once.

Here is an example of the sort of instructional you can expect to find out there.

This one is from Buckethead.

I've been using peter vogl's free instuctionals on the net